It’s been nearly a month since 63,000 gallons of gas leaked into the soil. Some Huntersville residents worry not all their concerns have been addressed. 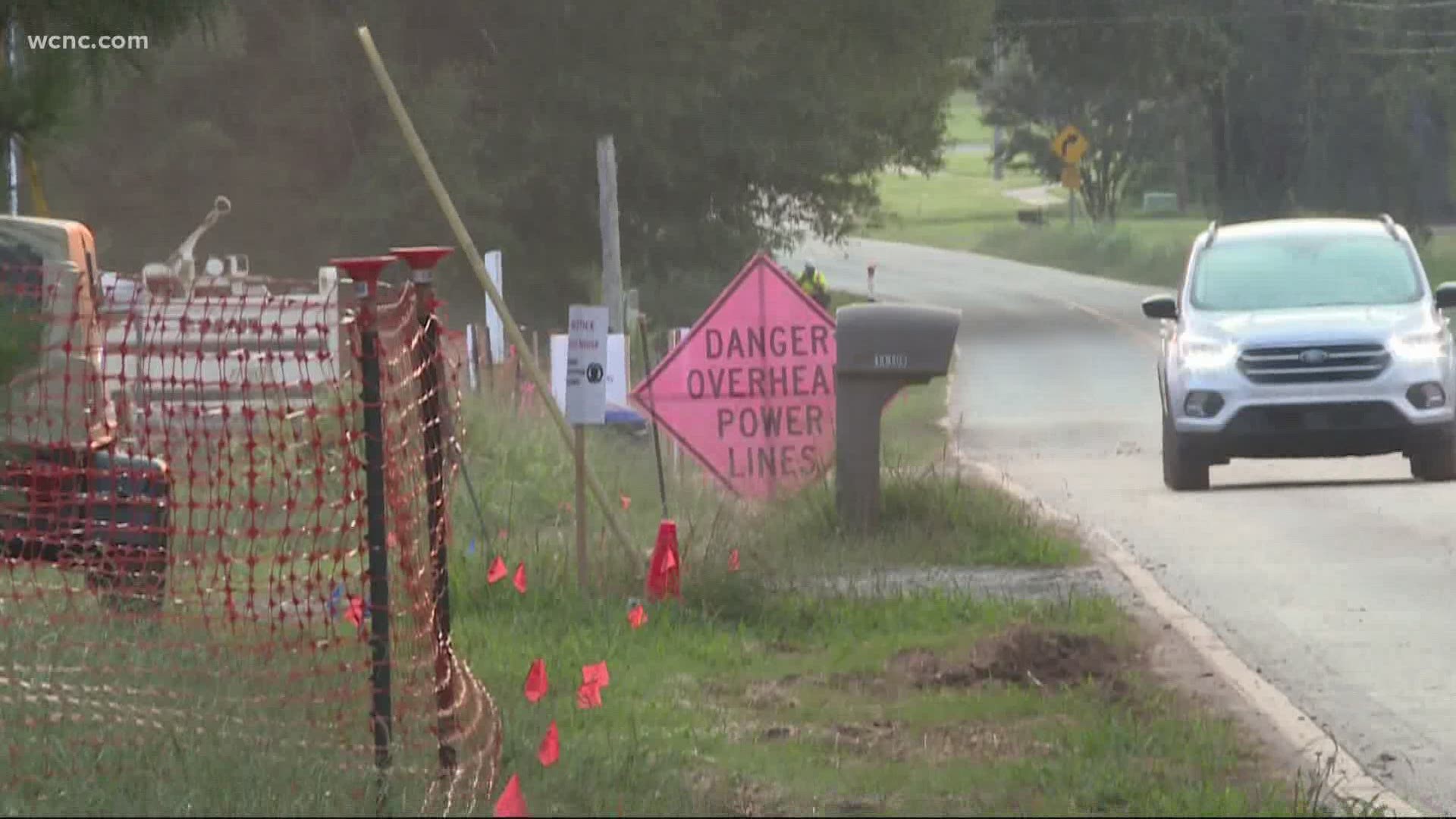 HUNTERSVILLE, N.C. — Colonial Pipeline — the owner of the line that caused the Huntersville gas leak back in mid-August — said the priority both then and now is to ensure community health and safety. Yet some homeowners who live in the affected area say that may not be entirely true due to what they call a lack of transparency and accountability.

For weeks Huntersville-Concord Road has been the site of construction trucks and drill rigs as crews work to recover and repair damage from the petroleum gas spill that leaked 63,000 gallons of product.

Since the spill, Colonial Pipeline says dozens of monitoring wells have been installed surrounding the impacted area along with weekly samplings of surface waters.

“We want to ensure the community that there has been no detection of petroleum compounds in any residential waterways,” Colonial Pipeline representative Greg Glaze said.

Huntersville residents also spoke during public comment about some of their concerns.

“The ball is still in their court to answer questions that still have not been answered from the last meeting,” resident Erin Cohen said.

“My faith in them being accountable is even less now then it was at the start of this meeting,” Lyke said.

Colonial Pipeline also announced it will be asking residents who live within 1500 feet of the site to have their wells closed off.

“It’s not a requirement by the state or local government this is our way to proactively make sure we’re doing what’s right,” Glaze said.

In exchange, homeowners would be given $1,000 and have their homes hooked up to city water instead. As part of the contract, if signed, homeowners would also have to give Colonial Pipeline access to their property as long as they need to.

“They do not have the best interest of the community at heart, based on what they are offering us,” resident Shannon Ward said.

Next week, a 30-day incident report regarding the gas spill is expected to be filed. Later on, in mid-November, another report by NCDEQ will be available too.