April Woolsey and her husband, Jay, planned a cross country road trip. It never became a reality after he was killed in a motorcycle crash. 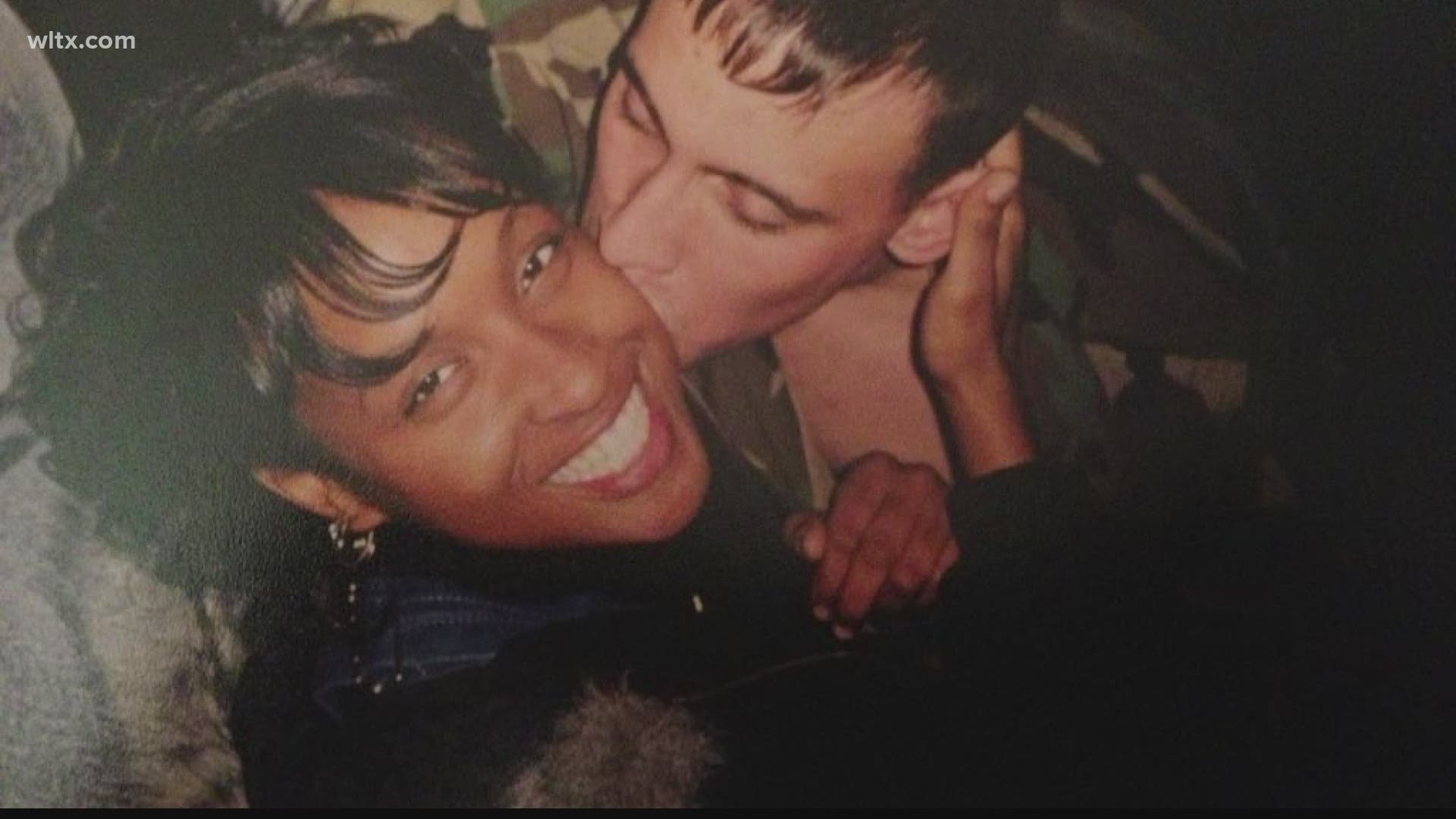 COLUMBIA, S.C. — A Columbia veteran is keeping her word to her late husband.

Staff Sergeant Jay Woolsey, 24, died in a motorcycle crash two weeks before his deployment. He was on the motorcycle he had just bought for his wife.

The couple planned to take a cross country ride that never became a reality.

The last time April Woolsey was in Boise, Idaho, she laid her husband to rest.

RELATED: 'It's all for him': WWII Vet honors SC lieutenant who saved his life in battle years ago

Woolsey says while she was serving in Iraq, her husband was killed in a head-on crash in his hometown of Boise.

"He was due to come to Iraq in two weeks prior to him getting killed on a motorcycle that he surprised me and purchased for me," she said. "It was rough because I hadn't seen him for seven months prior to him being killed, and unfortunately I didn't get a chance to talk to him for several days."

Prior to her husband's death, Woolsey says the two planned to take a long road trip together. The route would take them through several states, including Idaho.

"We had fun together. We worked together in the military. We did the same job. We were very competitive, so that kept us going," said Woolsey. "I was honored to have a man and husband like him that made sure I was taken care of, that showed me what true love is, that treated me like a queen."

RELATED: Man says 'goodbye' to 18 friends who fought in Vietnam War at the Wall that Heals

For years, Woolsey says her heart wasn't ready to take the trip on her own.

She tried to make the trip to Idaho in 2018, but she says mechanical issues set her back. She tried again this month.

"I had to have the understanding with myself. I had to face my fears," she said. "That's something he always told me, 'Babe, no matter what it is, you go hard or you go home. You have to face your fears'."

For the first time, Woolsey rode the over 2,400 miles from Columbia to Idaho arriving just in time to visit her late husband on the anniversary of his death.

"The closer I got to Idaho I started becoming a bucket of tears," she said. "The memories kept coming back. My reflections kept coming back as if, 'Wow, he's actually physically not here, but he's here with me'."

Every day in Boise, she'd visit her husband's grave site. Throughout her trip, she's carrying a flag flown over her air base in Iraq while wearing her husband's dog tags.

"Our military friends waited until I left Iraq. They got a flag and they had the flag flown over the Air Base that we were at in Kirkuk, Iraq and they mailed it to me," she explained.

Now, Woolsey's journey continues on the open road. From Idaho, she plans to ride to Oregon, Washington State, back through Idaho, Montana, North Dakota and South Dakota before returning home to Columbia.

"I know he's in a better place," she said. "I know now I will be in an even better place because I was able to come and visit him and show that I can do it."