Police said there were no injuries, and no reports of firearms. 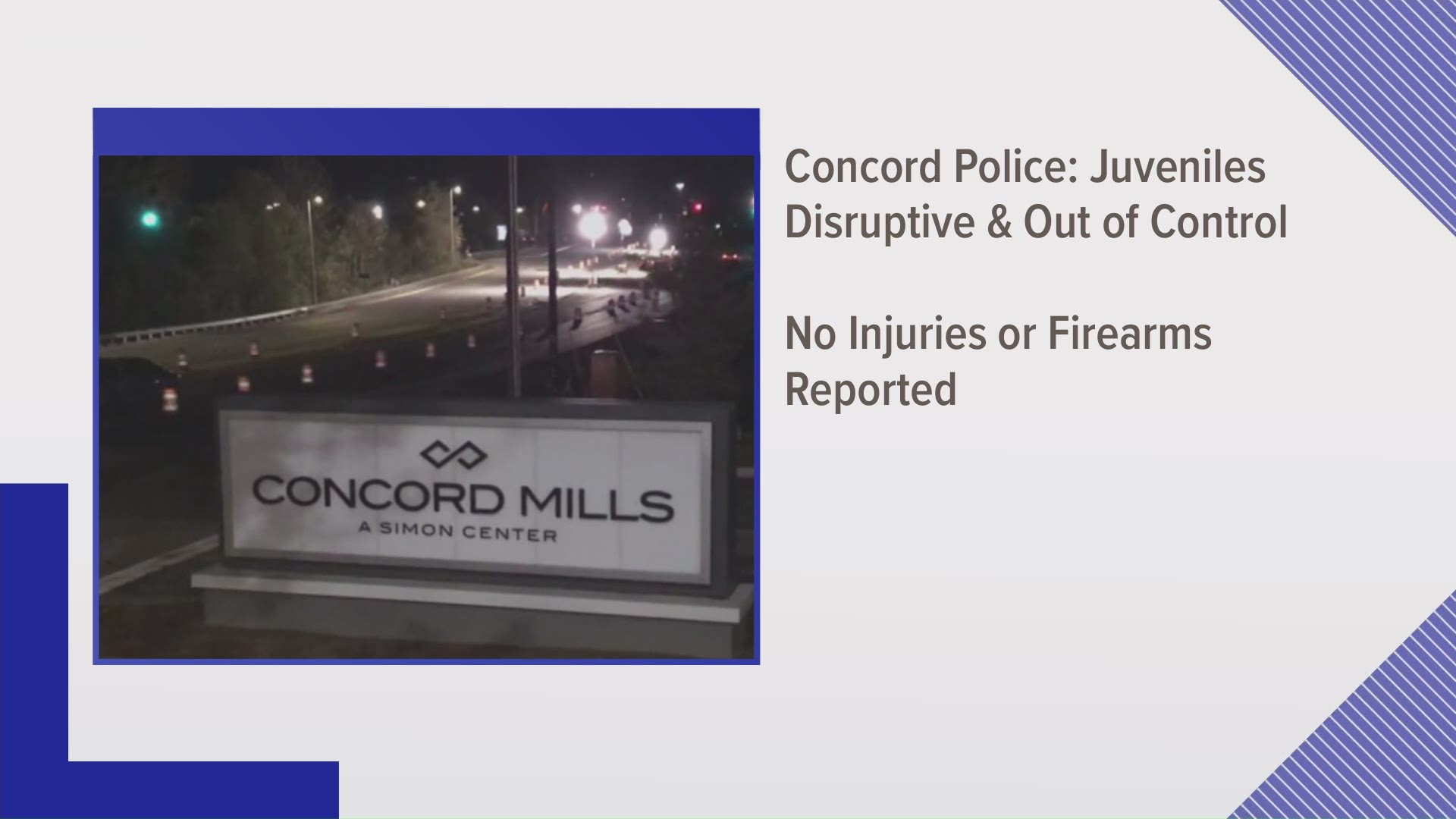 CONCORD, N.C. — Concord Mills closed early Saturday after a group of "juveniles" was being disruptive and out of control, according to the Concord Police Department.

Concord Mills mall management made the decision to close early, and police assisted in clearing the area.

Police say there were no injuries reported to the fighting, and no firearms were reported.

While thankfully nobody was hurt in this incident, there have been several altercations in and around the mall in the past year and a half. In November, one person was arrested after an argument that happened near the entries. One of the individuals had a gun, though police confirmed no shots were fired.

In December 2019, a fight led to the shooting death of innocent bystander 13-year-old Aveanna Propst, and earlier in 2019, there was another shooting at the mall's movie theatre. In that case, the victim survived.

Regarding Saturday's incident, police said the mall has been cleared and the parking lot is being emptied. Police ask anyone in the area to find another route if possible.

WCNC Charlotte has reached out to Simon Property Group for a statement regarding the Saturday incident.