Peaceful protest held in Concord as community calls for justice

The march was put on by Duke Basketball star and Cox Mill High School alumnus Wendell Moore Jr. and his girlfriend Marissa Moyer. 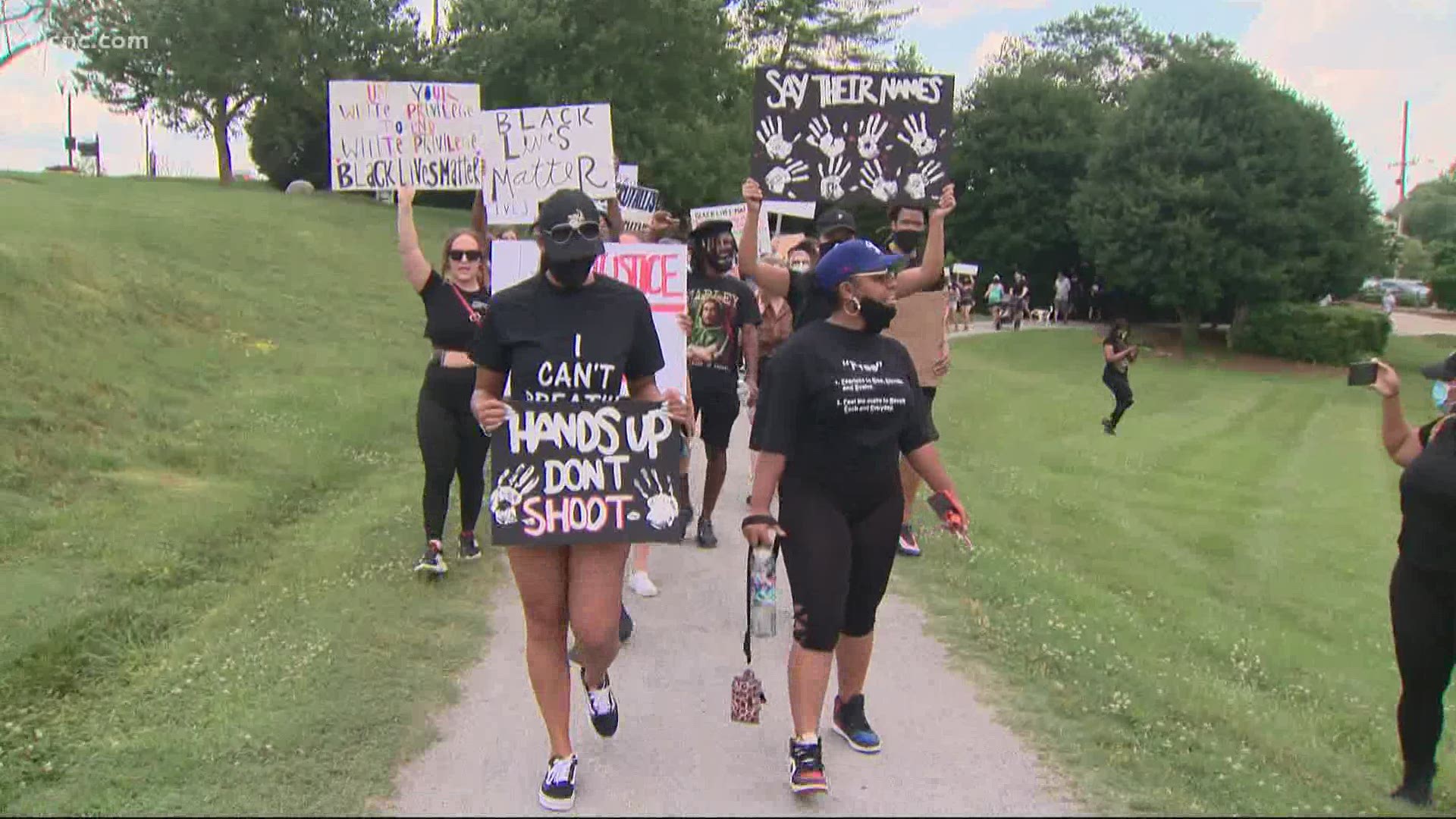 CONCORD, N.C. — Saturday, a group of people gathered in Concord to honor George Floyd's life and send a message for justice. It comes nearly three weeks since Floyd's death, as protests continue across the country.

It started in James L. Dorton Park in Concord at noon. The peaceful protest continued until around 2:30 p.m., as the group marched through parts of Concord.

"I would say there's probably systemic racism everywhere, it's not just a nationwide — it's a worldwide issue," Moyer told WCNC Charlotte.

RELATED: Atlanta police chief stepping down, mayor calls for officer in Atlanta shooting to be fired