Police said one person is in custody after driving a car into the Walmart store on Thunder Road in Concord Friday morning. 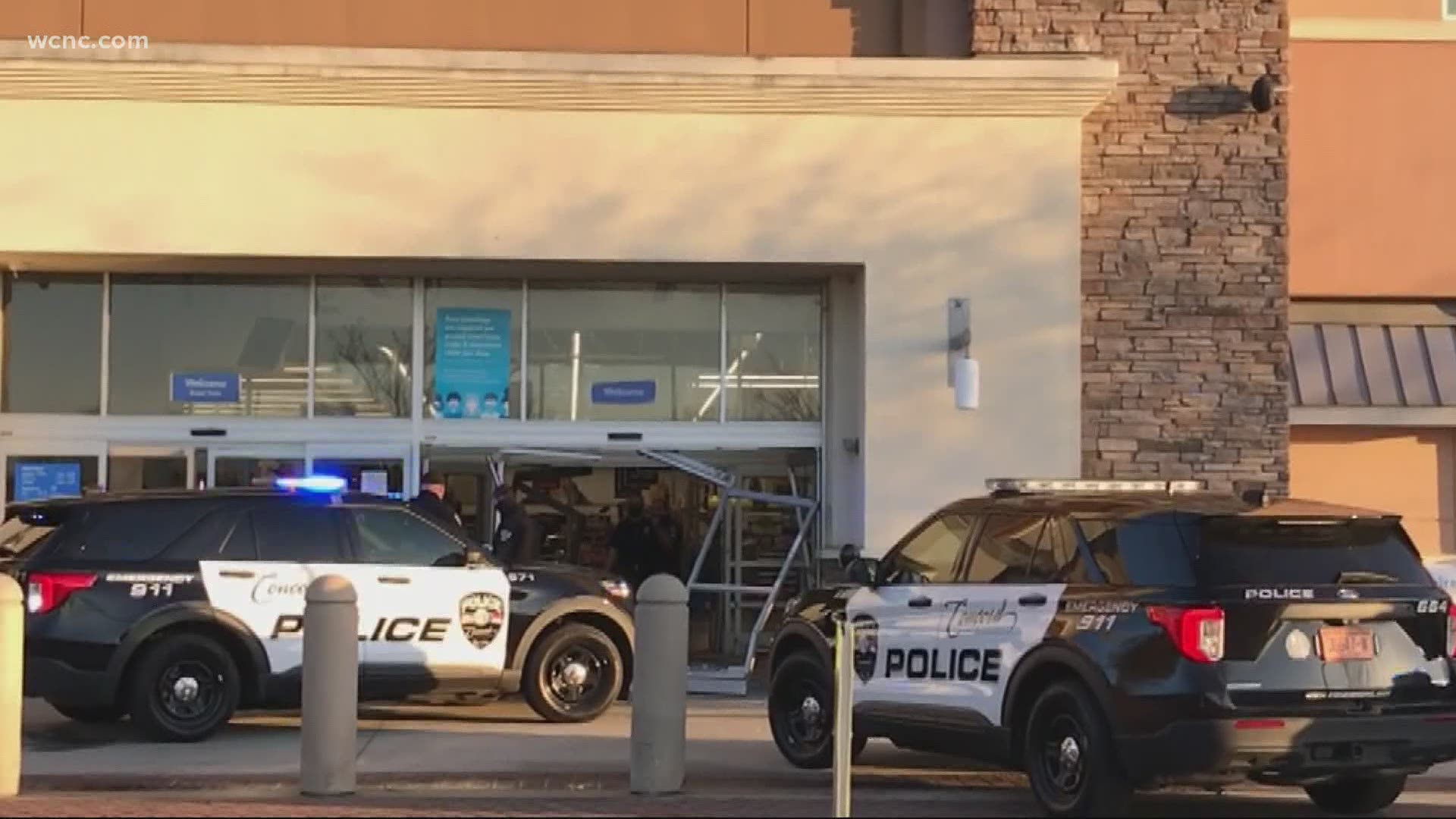 CONCORD, N.C. — A former Walmart employee was arrested after police said they crashed a car into the front doors of a Concord, North Carolina, store Friday morning.

According to Concord Police, the incident happened at the Walmart store on Thunder Road near Concord Mills Mall and Derita Road. A spokesperson for Concord Police said the suspect was a former employee who had been fired within the last week or so.

Employees were evacuated from the building and the store will remain closed while police investigate the wreck.

The driver was taken into custody and facing multiple charges. Police have not yet identified the suspect or announced the exact charges at this time. Investigators aren't yet sure how long the suspect was driving through the store but said there was "extensive" damage throughout the store.

One employee told WCNC Charlotte's Richard DeVayne it "sounded like gunshots" when the car crashed through the store.

No injuries were reported by first responders. Police have not determined a motive for the crash at this time.

One employee says that it sounded like “gunshots when a car went through the #walmart. #BREAKING #wcncc #wakeupclt #devaynetv pic.twitter.com/Uq2I6bdCDu

RELATED: Woman suing Publix after being accused of shoplifting, tased in parking lot in front of children

RELATED: ‘What they see, is what they’ll be’ | The 100 Black Men of Greater Charlotte host first community panel