Someone ran to grab a ladder to help to help. 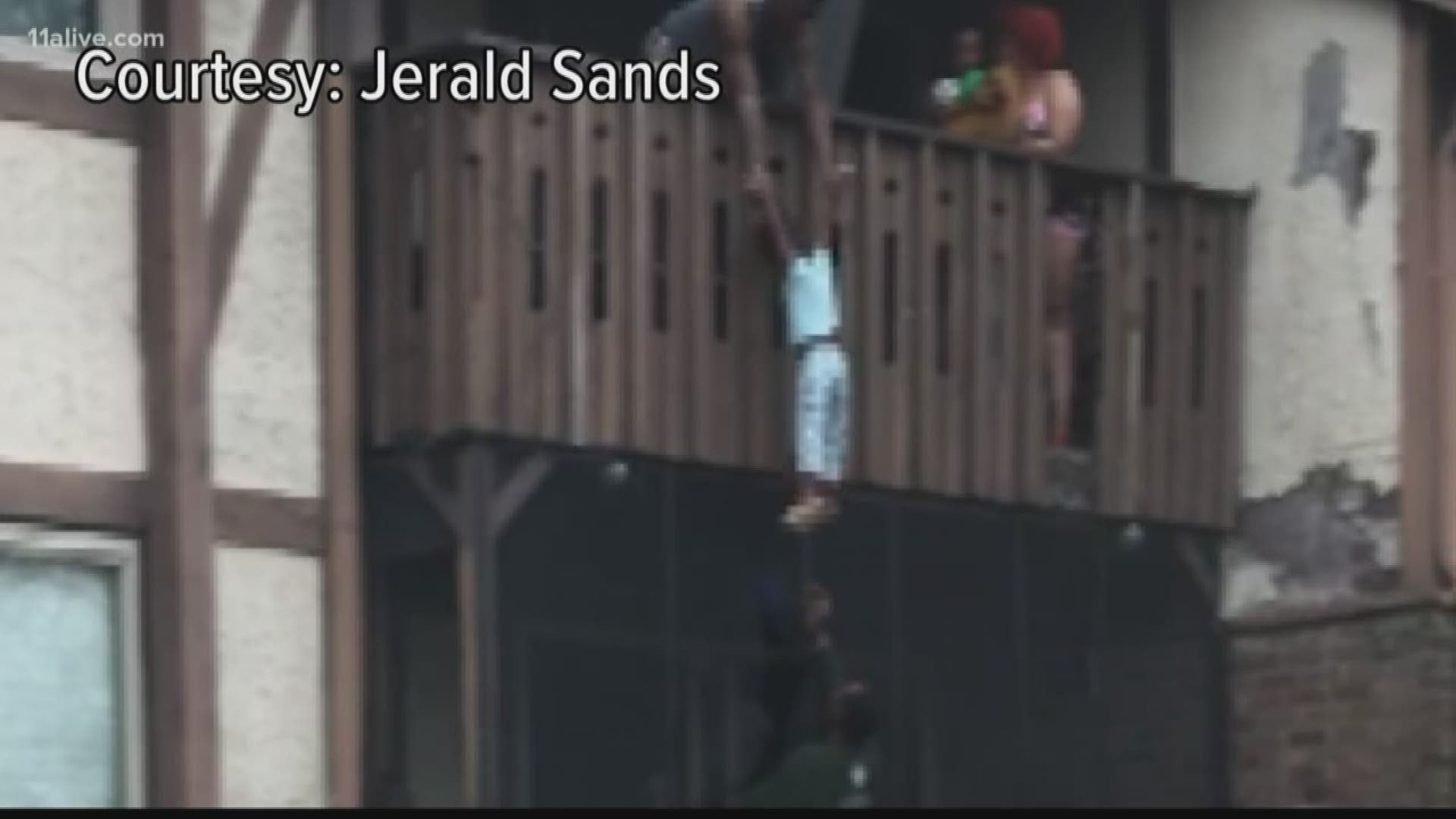 A witness on the scene, Jerald Sands, recorded a video of the chaos where a resident could be seen dropping children from a balcony. Others stepped in to help.

When the 8-minute video first starts, you see flames raging from one of the buildings.

"Where's the ambulance," someone screams. Smoke is filling the air.

"Everybody get out," someone else yells.

On the back side of the building, someone tries to kick a door in. You can also hear sirens as emergency crews are headed to the scene.

Smoke continues to fill the air and you see someone appear from a balcony. The people standing around yell, "it's a fire."

You can also see flames shooting from the roof.

RELATED: 2 rescued after being trapped during fire at condo building

About two-and-a-half minutes into the video, you see someone running with a ladder to help. Residents from one of the units stand on the balcony and then one person starts throwing items on the ground.

"When we arrived on the scene there was flames visible from the third floor already venting through the roof," South Fulton Fire Chief Freddie Broome said.

Their crews also rescued two people who were trapped on the third floor.

One person was taken to the Grady Hospital to be treated for burns on the hands and face. Another person was treated and released at the scene.

The 11Alive SkyTracker flew over the scene which shows the scope of the damage.

"For them to come home to see this.." said one woman who owns two condos in the building. She was very concerned about those who live there.

The Red Cross of Georgia responded to help the families. They said about 60 people were impacted by the fire. The organization added that the fire destroyed half of the 24-unit building, damaging 12 homes. It also forced power to be shut down to additional 12 units.

Red Cross volunteers plan to meed with the displaced families and provide them with emergency needs and emotional support.

The cause of the fire is still under investigation.

He ate a cupcake, so they used a bat to beat him to death, police say

Sophie Speaks: How a Georgia mother allowed her boyfriend to impregnate her 10-year-old