Several groups, including the NAACP's Gaston County branch, are suing county commissioners to remove the Confederate monument outside the courthouse. 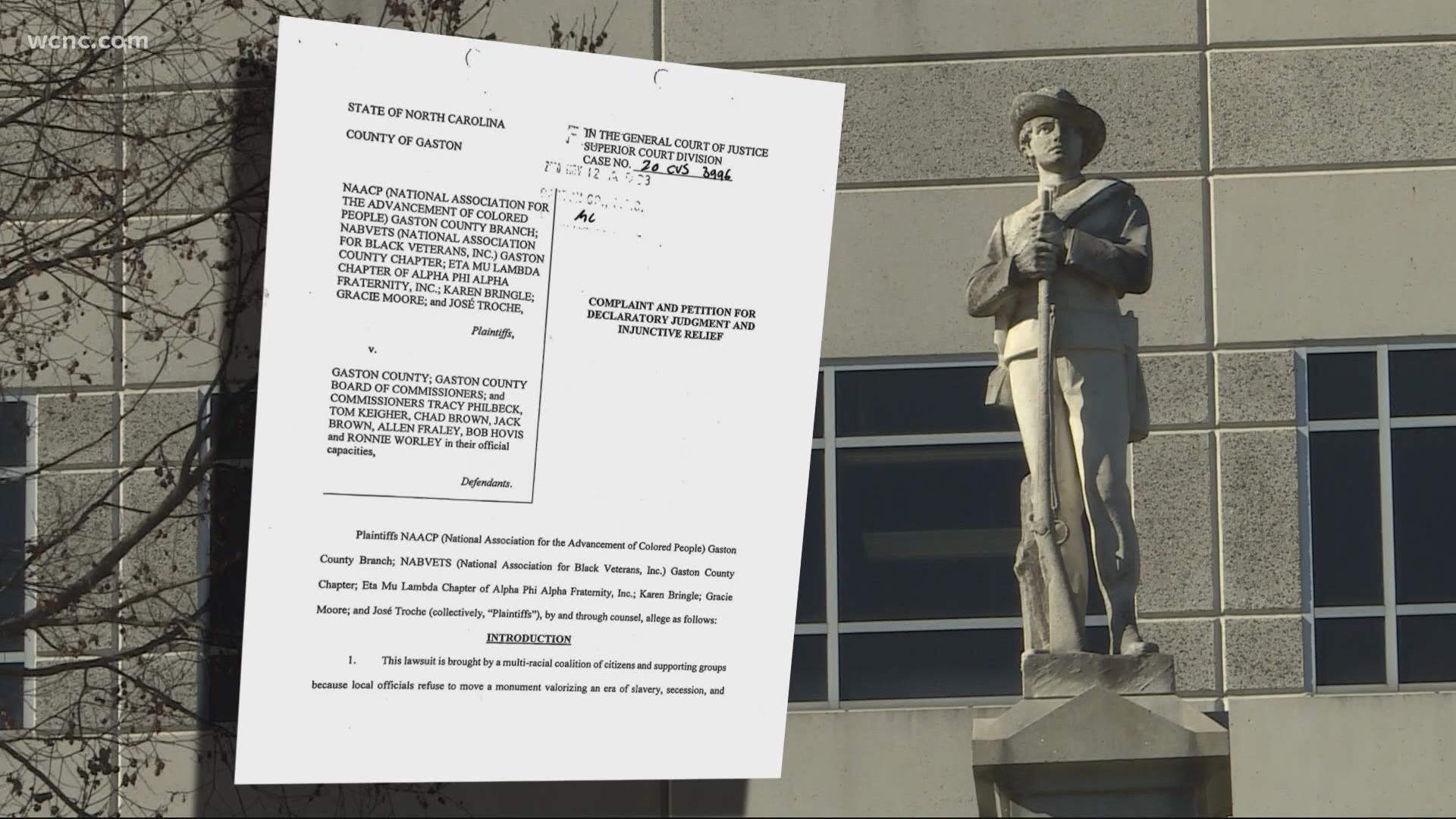 GASTONIA, N.C. — This week will mark one month since several groups, including the NAACP's Gaston County branch, the National Association for Black Veterans' Gaston County chapter, and the Eta Mu Lambda Chapter of Alpha Phi Alpha Fraternity, filed a lawsuit against county commissioners to remove a Confederate monument from the front of the courthouse.

According to the 25-page lawsuit obtained by WCNC Charlotte, the groups allege the monument is a violation of the North Carolina Constitution's equal protection and anti-race discrimination provisions, among other allegations.

If they get a ruling in their favor, the groups want the monument removed within 45 days of a final court order.

The Gaston County Commissioners meeting was rescheduled as a virtual meeting to Thursday, Dec. 17 at 1 p.m.

The county will release instructions on how people can talk during the public comment portion of the meeting later this week.

Commissioners originally voted 6-1 back in August to give the monument to the Sons of Confederate Veterans, which would find a new location on private property. The county also agreed to pay for the monument's removal, until those plans fell through.

Gaston County Freedom Fighters' Ro'shaun McClendon is one of the activists who has been pushing for the monument's removal.

Commissioner Chad Brown was the only one on the board to vote against moving the monument, and he introduced a resolution Tuesday night to rescind the board's original plan.

"It was not put there to show white supremacy," Commissioner Brown said. "It was there because it's a place of prominence to make sure that we represented the people who died in a war representing our county."

"That statue is a symbol of hate," Thomason said. "It has no place on the courthouse grounds, where individuals go looking to seek equal, fair justice."