The driver of the Ford pickup was charged with improper lane change, said SCHP. 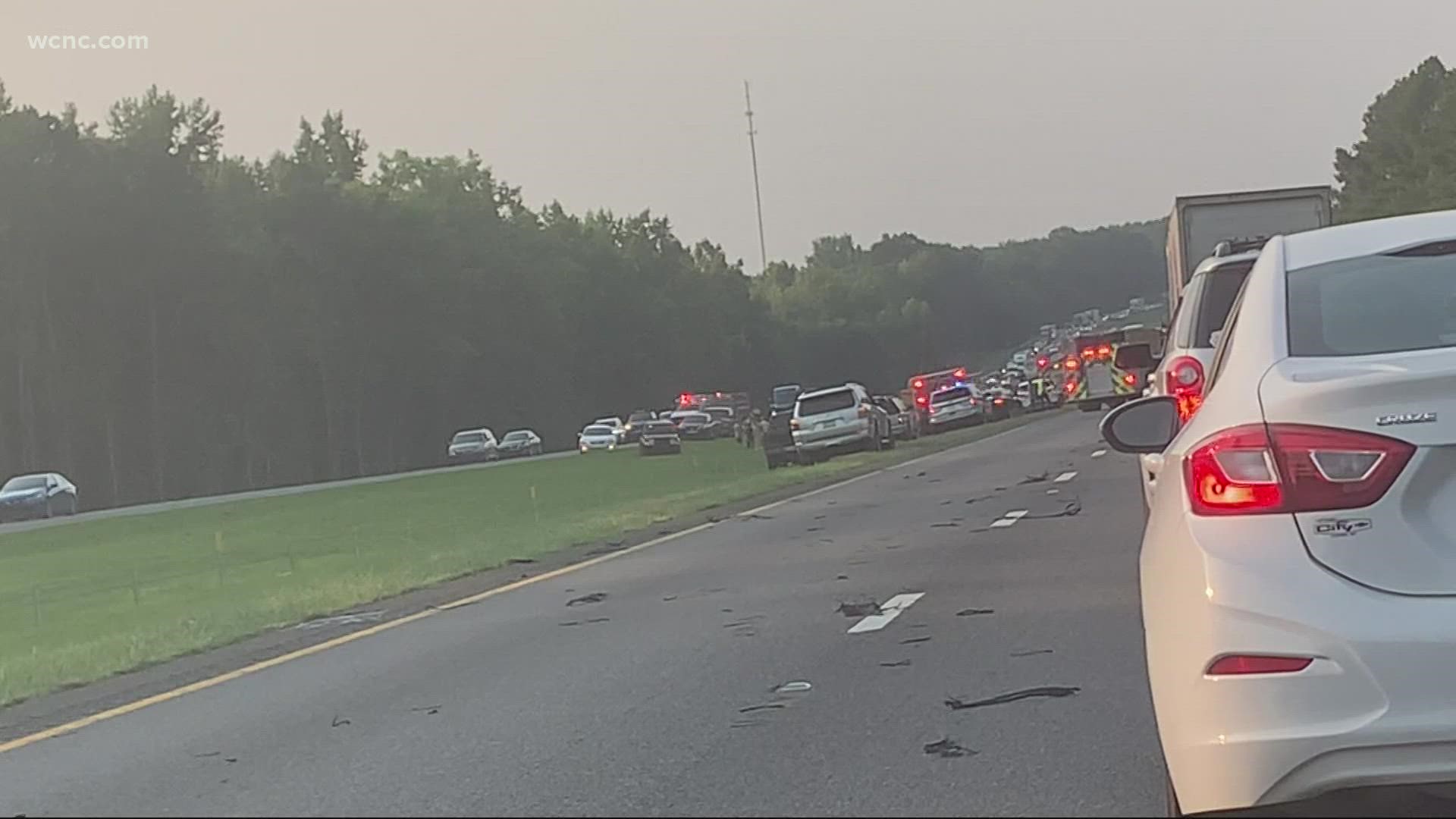 CHESTER COUNTY, S.C. — South Carolina Highway Patrol is investigating a crash that left 4 people injured, one of those who had to be airlifted after a crash on I-77N near mile marker 67.

Around 6:45 p.m. officials responded to the scene. SCHP said all 4 passengers in a 2002 Toyota Tacoma including a 2-year-old child were injured after a 2007 Ford pickup truck made an improper lane change and side-swiped the Tacoma. The Tacoma went off the road and overturned.

Both drivers were wearing a seatbelt along with the passengers in the Tacoma.

The driver of the Ford pickup was charged with improper lane change, said SCHP.

Three victims were transported to a local hospital, the driver was airlifted to a hospital to be treated for their injuries.