Dangerous heat becomes a concern during House of Soccer

Medic was on standby, and many people were feeling the impacts of the heat. They responded to 13 heat-related calls Saturday. 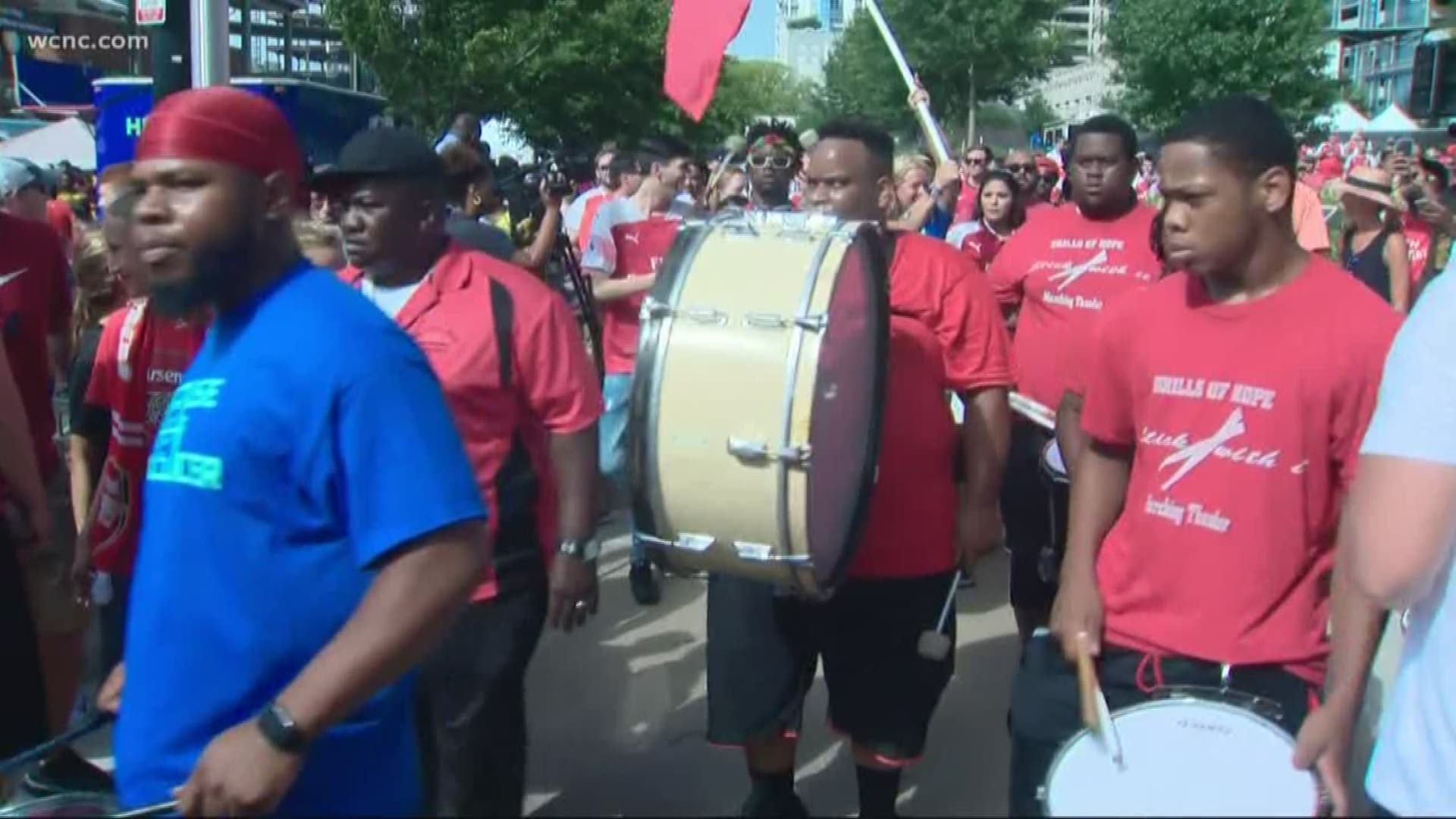 CHARLOTTE, N.C. — Dangerous heat is plaguing the Carolinas, but it didn’t stop people from spending the entire day outside for the House of Soccer experience and International Champions Cup in uptown.

Ask anyone about the weather, they’ll tell you it was brutally hot over the weekend. But many of them chose to be outside, thousands flooding the Queen City for the International Champions Cup.

“Because it’s soccer, obviously the kids are into it so we can handle the heat,” Kara Booth said.

Medic was on standby, and many people were feeling the impacts of the heat. They responded to 13 heat-related calls Saturday, five of them in the area where the events were held.

Event planners have been warning people in the days leading up to the events, asking them to be safe as well as providing water, fans and cooling stations.

Most people made every effort to stay cool, chugging water and seeking shade.

“We’ve been drinking lots of water, Gatorade, a soda he probably shouldn’t have, lots of Icees and fun stuff,” Booth said.

The soccer players were forced to take mandatory water breaks every 15 minutes too. They ran the sprinklers at half time for the players to run through.

People who attended the game made the choice to brave the elements but there are some who do not have that choice. Local nonprofits are opening their doors for people to cool off on Sunday.

‘When we collaborate we’re so much stronger’ | Charlotte workshop brings at-risk teens, police together through art