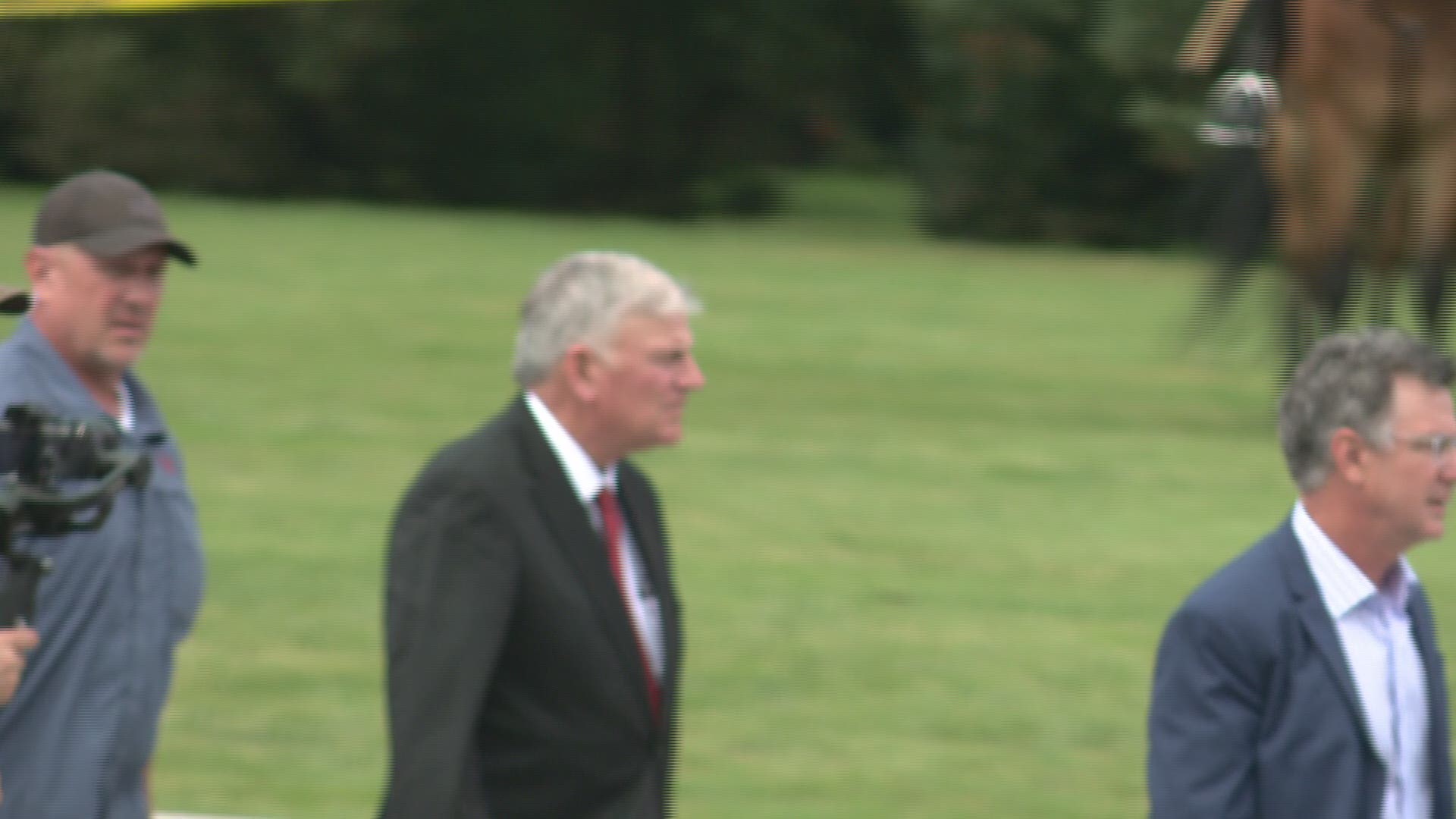 WASHINGTON — About 55,000 people said they planned to attend the 2020 Prayer March on the National Mall Saturday.

It was organized by Rev. Franklin Graham. The march will progress from the Lincoln Memorial to the steps of the U.S. Capitol starting at noon.

The two-hour-long march will pause at seven locations along its 1.8-mile route. At each stop, participants will be asked to "pray silently using the focus and prompts for each location," according to the march's website.

At the Washington Monument, participants will be asked to pray for "communities and families, an end to abortion, and salvation of the lost." At the Lincoln Memorial, the focus will be "humbling ourselves, repentance, and healing of our land."

Liberty University President Jerry Prevo tweeted a video of 44 buses that he said were filled with students who would attend the march.

These buses are filled with Christians committed to prayer and to God’s best for this nation. They’re college students today - and the leaders of tomorrow. They’re Champions for Christ. #PrayerMarch2020 ⁦@LibertyU⁩ pic.twitter.com/k9i9cTcAaF

And Franklin Graham tweeted a time lapse video Saturday morning of what he said were thousands already gathering for the march.

Though the march reflects a tactic grounded in decades of social and political protests, its organizers reject any characterization of being political.

Instead, organizers describe the demonstration as "a dedicated prayer march that is focused solely on asking God to heal our land. It is not a protest or political event, and we are asking participants not to bring signs in support of any candidate or party."

Independence Ave. is closed during the march.

Participants are asked to practice social distancing and wear a face mask. 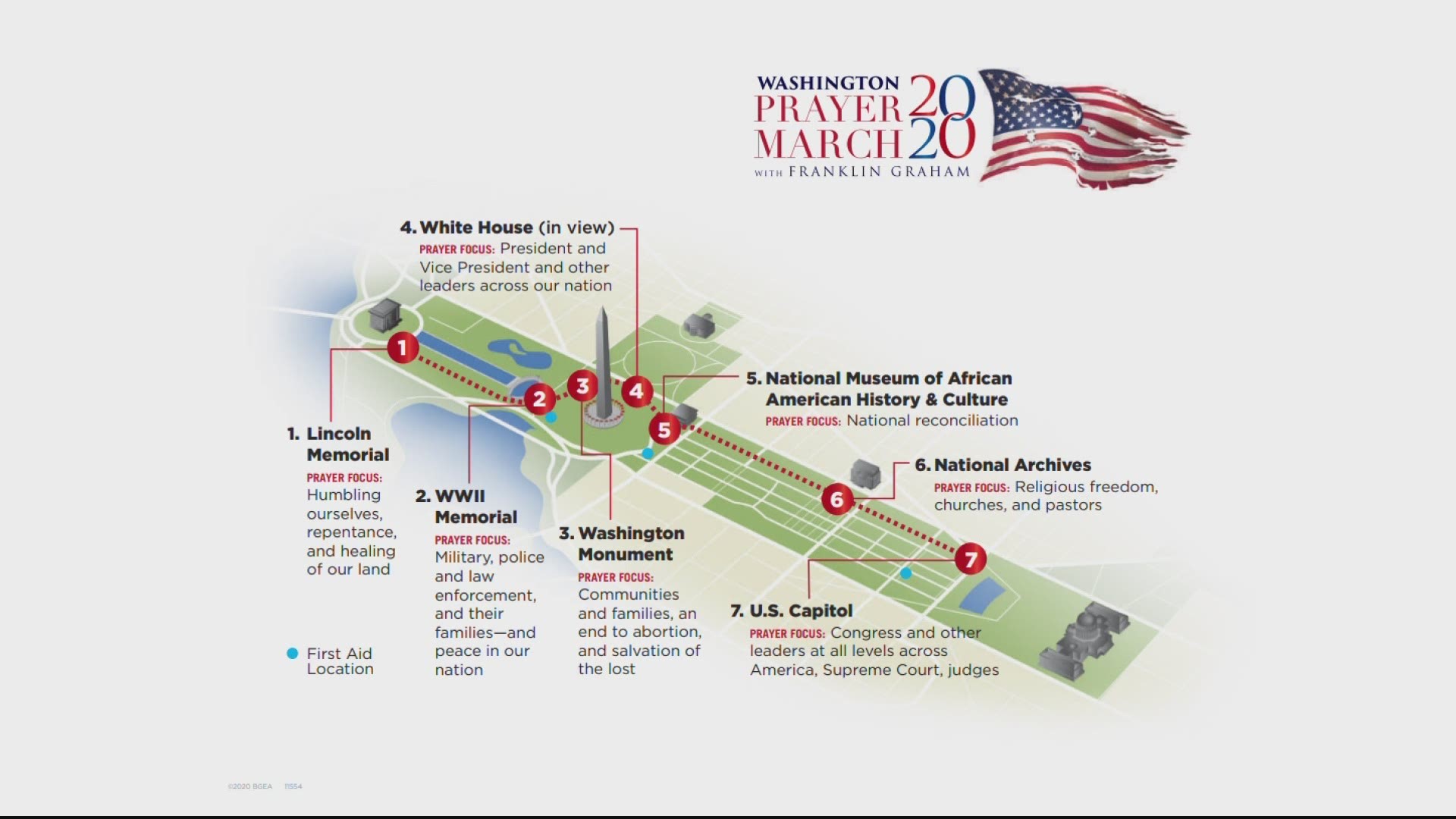 RELATED: VERIFY: There are very few rules dictating who can be a Supreme Court Justice. Here's a look at the requirements