The utility wants to raise customer rates by more than six percent, in part, to pay for coal ash removal. 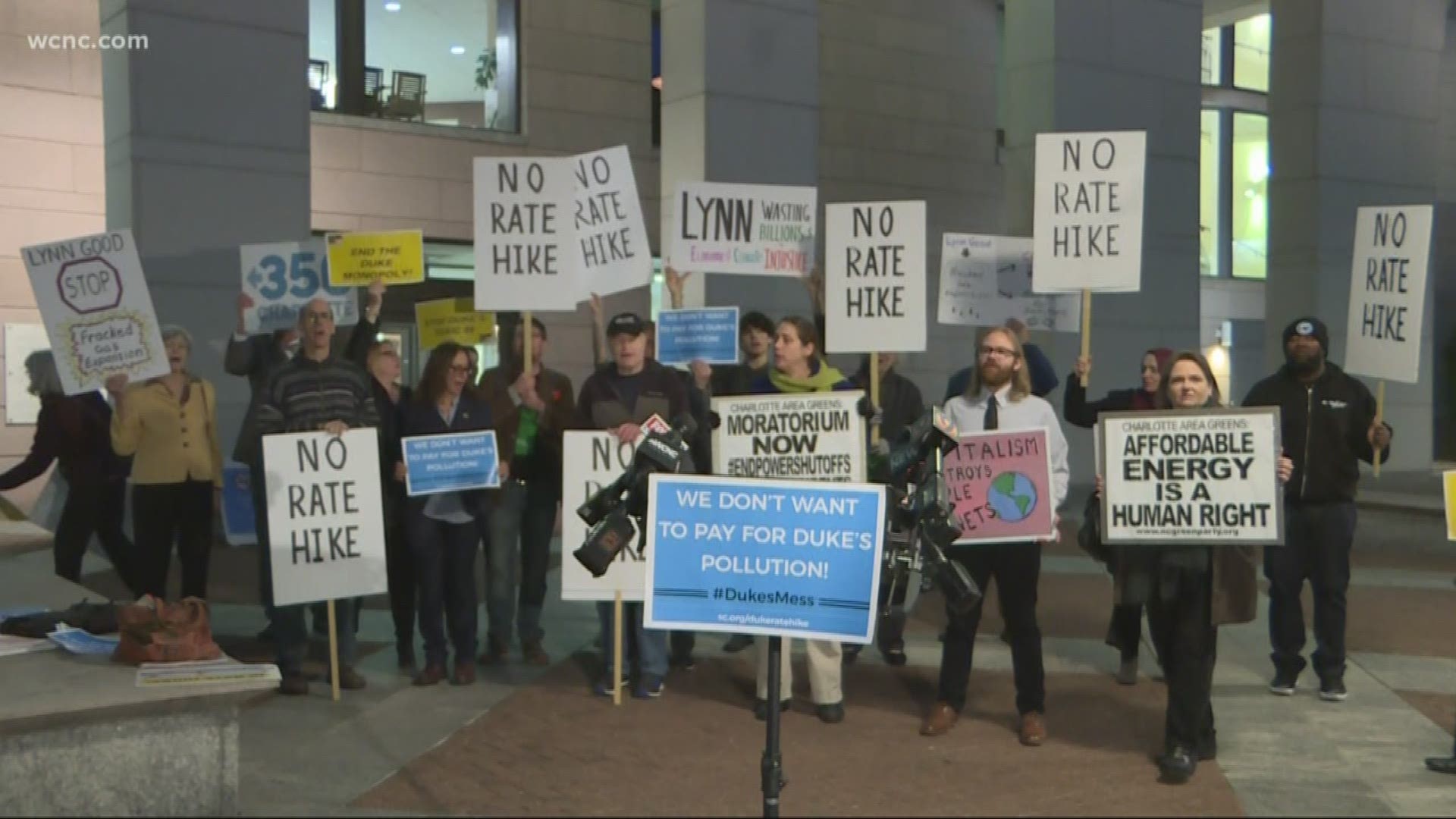 The meeting, which was held at the Mecklenburg County Courthouse, is one of several being held across the state to listen to customer opinions on the proposal.

About two dozen protesters gathered outside the courthouse before the meeting to demand commissioners reject the proposal.

"This is just a major travesty," Lilly Taylor said.

Other protesters expressed concern the rate hike will hurt poor and working-class families.

If the state approves the rate hike, a $47 electric bill would rise closer to $50 while a $100 electricity bill would jump to around $106.

Nearly every speaker who testified at the meeting urged commissioners to nix this proposed rate hike except one woman.

"I support the rate hike because we have to decide what is more important, saving money or saving lives," she said, referring to coal ash removal. "If I could pay $8 now and save future generations from dealing with these toxins, then I'm willing to do it, and you should be too."

It'll be several more weeks before the commission makes its final decision.