A truck was hauling a large boat when a wheel came loose and rolled across the median. That wheel struck another vehicle, smashing the windshield. 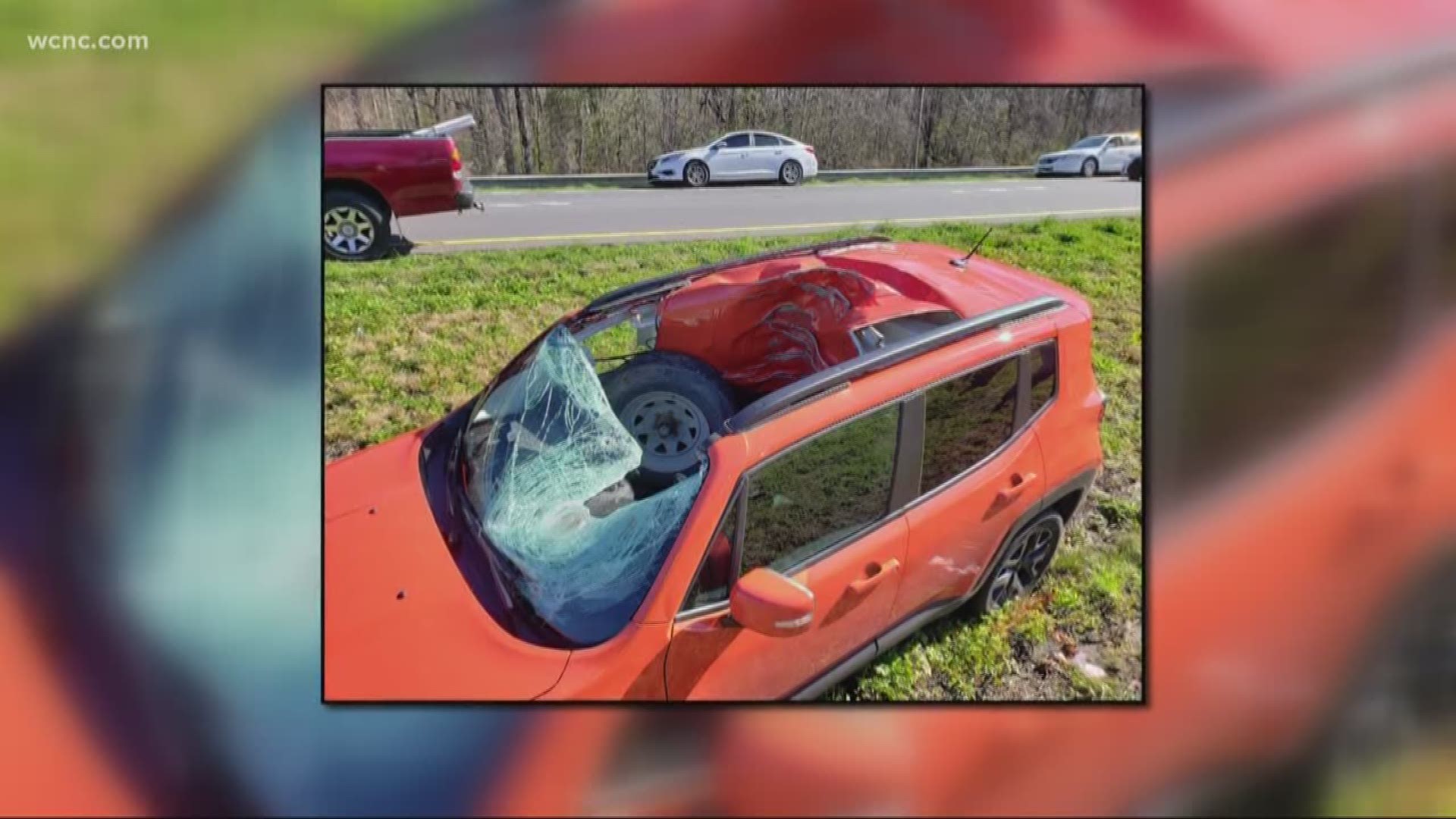 LENOIR COUNTY, N.C. — A driver in Lenoir County is lucky to be alive after a tire smashed through the windshield of her Jeep.

It happened Saturday on Highway 70 near the Neuse River Bridge.

According to North Lenoir Fire and Rescue, a truck hauling a large boat was traveling eastbound when a wheel came loose from the boat trailer. That wheel rolled across the median and struck a vehicle in the westbound lanes.

Firefighters say the Jeep’s driver managed to walk away with just minor injuries.

According to a study by AAA, more than 500 deaths between 2011 and 2014 were a result of crashes involving road debris. In 2017 In North Carolina, there were nearly 700 crashes caused by debris and 179 people seriously hurt.

To protect yourself, experts say you should scan the road ahead every 12 to 15 seconds for debris. Also, don't tailgate -- try to maintain some open space to the front and side of your vehicle at all times. That allows you to have space to maneuver around any potential hazards.

If you see that you're about to hit something, it’s recommended that you safely slow down as much as possible.

If you are hauling something, make sure you properly secure your load. Penalties for failing to do so can range from fines of $10 to $5,000 or even jail time in some states.

North Carolina Highway Patrol says in this case there wasn’t a citation because the accident beyond the truck driver’s control.