A family of nine went tubing Wednesday night. Four survived after a harrowing 19 hours in the water. Four are confirmed dead, while Teresa Villano is still missing. 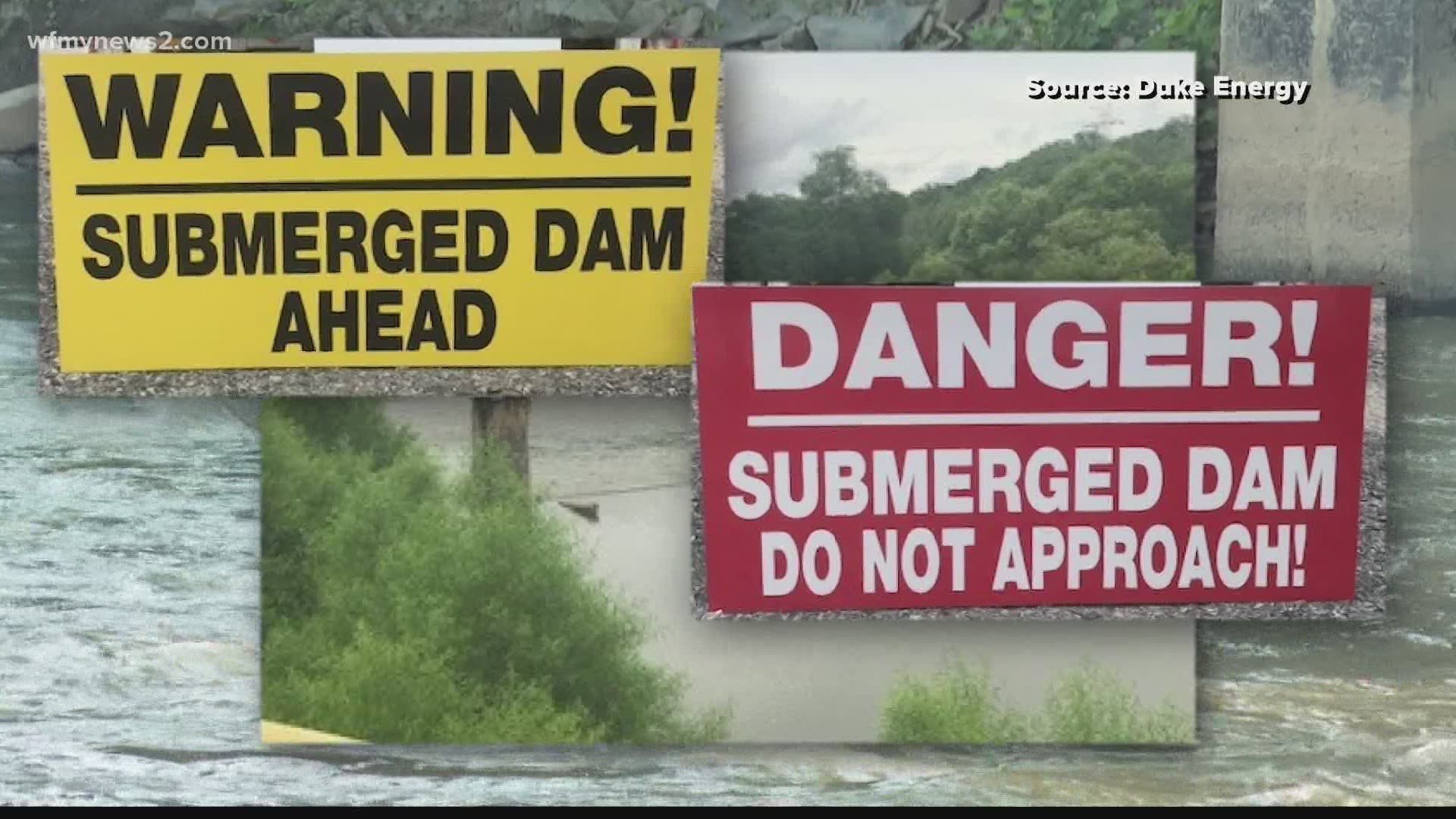 Nine family members went over the dam. Four of them died and one is still missing - pregnant 35-year-old Teresa Villano.

The other four family members survived after a harrowing 19 hours in the water.

We spoke to all four survivors, and their relatives on Sunday afternoon. They said there should be better signage warning about the dangers of the dam.

"Like the rest of Eden and Rockingham County, we are crushed by these events. This is a tragedy. Our hearts go out to the family," said Duke Energy spokesperson Bill Norton.

Rockingham County Emergency Management Director Rodney Cates previously said there are two signs indicating there's a dam ahead, but it's not necessarily a warning, and it's not a restricted area.

Credit: WFMY News 2
Survivors of a tubing accident on the Dan River say they didn't know they were approaching a dam. These are the signs that were long the water.

Credit: WFMY News 2
Survivors of a tubing accident on the Dan River say they didn't know they were approaching a dam. These are the signs that were long the water.

Crews on the ground, a chopper in the air - looking for the last person unaccounted for in a group of 9 tubers who went over the Duke Energy dam last week. 4 people died, 4 others survived after a harrowing 19 hours in the water @WFMY pic.twitter.com/RwhTYrDXpL

Norton said new signs were installed up and downstream from the dam Tuesday afternoon. A big yellow warning sign was placed 700 feet upriver from the dam.

There are also red danger signs now installed on the top of the dam.

"As tragic and sad and heartbreaking as this event was, it does allow us for a renewed conversation about safety throughout the basin," Tiffany Haworth said.

Haworth leads the Dan River Basin Association, also known as DRBA. It's a conservation group that works along the river in North Carolina and Virginia.

She said there are more than a dozen dams in their service area and no two are the same.

"There isn't and one size fits all or one unique approach that will make all dams safer for people," Haworth said.

1 / 6
Duke Energy
Duke Energy set to install new warning signs along Dan River after a family of nine went over dam leaving 4 dead, including a 7-year-old, and a pregnant woman missing..

DRBA worked with the town of Madison to remove a dam known as 'the drowning machine' because its current pulled people underwater.

Town leaders said since the park reopened last month, there have been no incidents.

Duke Energy still uses the dam for its natural gas plant on the site. A spokesperson said the dam was originally built for the coal plant that was constructed in the 1940s and was in service until several years ago. The plant was demolished, but Duke Energy uses the cooling water from the river dam for the natural gas plant.

Norton said the company will join planned safety meetings with DRBA, local officials and business owners about other possible steps.

"If there’s action that we can take to make a difference in the future, we’re going to take it," Norton said.

Emergency crews in Rockingham County are taking search efforts for the remaining family member 'day-by-day and not giving up.'

Search efforts paused on Tuesday because of expected heavy rain.