This plan is consistent with the approach Duke Energy is taking to close ash basins in South Carolina. 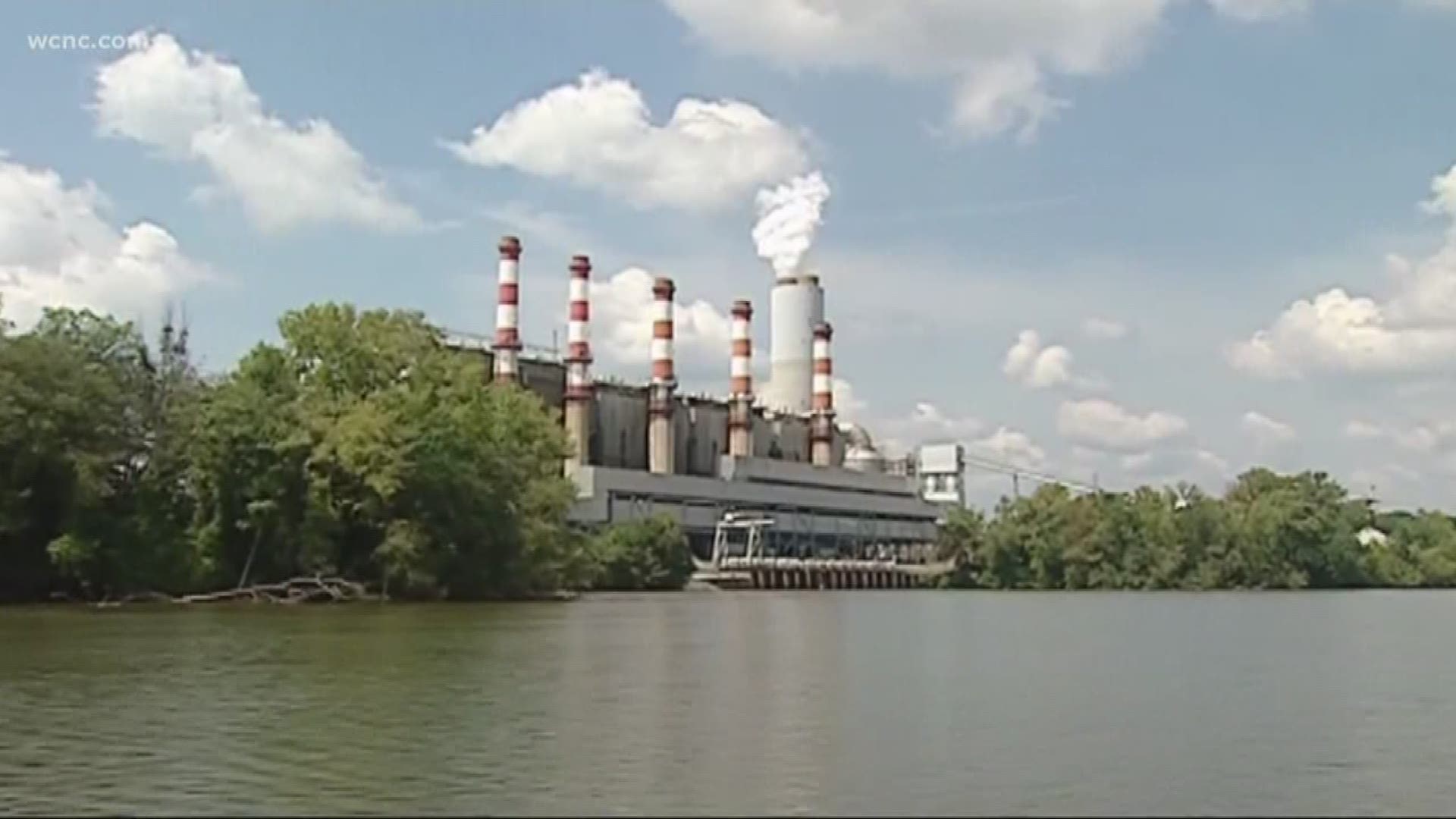 CHARLOTTE, N.C. — Duke Energy has agreed to shutdown all of its coal ash basin in North Carolina in a landmark deal with state and environmental leaders.

The announcement, which came Thursday, comes after ten years of controversy and debate.

The settlement calls for excavation of nearly 80 million tons of ash to lined landfills.

"This agreement significantly reduces the cost to close our coal ash basins in the Carolinas for our customers, while delivering the same environmental benefits as full excavation," said Stephen De May, North Carolina president, Duke Energy. "We are fully focused on these important activities and building a clean energy future for the Carolinas."

The company is expected to save $1.5 billion and would resolve all pending environmental litigation.

The company says this settlement will save the company 1.5 billion dollars and resolve all pending environmental litigation.

Brandon Jones of the Catawba Riverkeeper said the settlement is a relief following an eight year legal battle.

"It's really just a weight off our shoulders," Jones said, who witnesses the 2014 coal ash spill along the Dan River.

Duke Energy spokeswoman Paige Sheehan agrees this settlement is significant and will make the state a leader in closing coal ash basins.

"We want folks to understand they have always been well-protected from our operations," Sheehan said. "This outcome ensures that will remain the case."

For years, Duke Energy defended the safety of its coal ash against speculation the they were unsafe.

In November, a WCNC documentary examined public anger and allegations that the ash could be causing unusual spikes of cancer in Huntersville and Mooresville.

The operation is expected to take 10 to 15 years.