The union workers have been preparing to go on strike over low wages. Some of them have been with the company for decades. Most make less than $15 an hour. 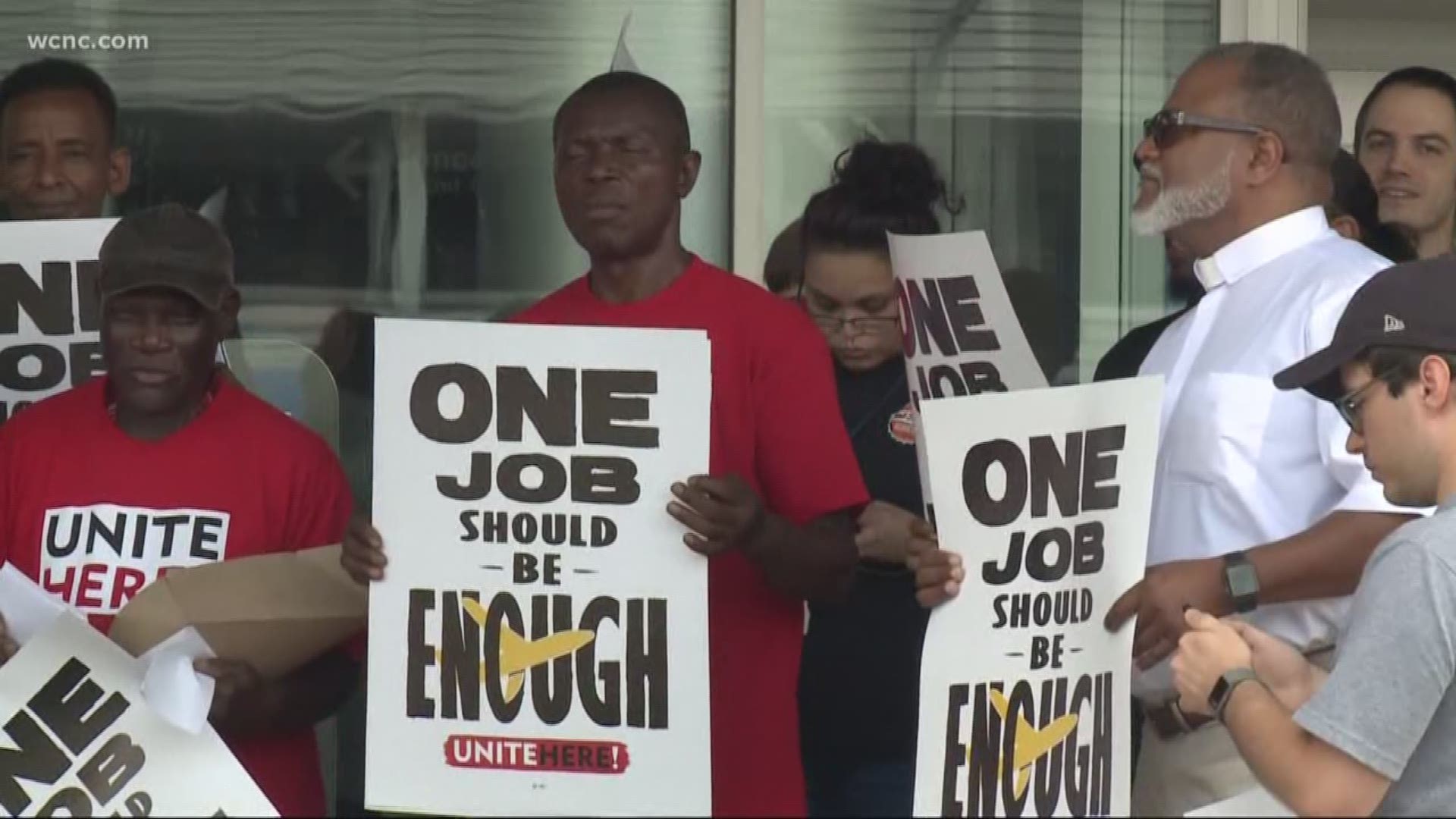 CHARLOTTE, N.C. — The workers who prep food for flights out of Charlotte Douglas International Airport picketed outside of the airport Wednesday afternoon. The union workers have been preparing to go on strike over low wages. Some of them have been working with the company for decades, and most make less than $15 an hour.

“I have to move and sell my house and I don’t think it’s right," Gloria Mickle said. "I’ve been on the job seven years and I’m not making enough money."

She’s not alone. Some of the employees have worked there for decades and still make under $15 an hour -- many of them have second jobs.

They prepare meals, stock drink carts, do security checks and load everything onto the plane. When airline food workers went on strike in London, flights were delayed or canceled, and some had no food or drink on board.

“We’re saying enough is enough," Mickle said. "Travelers would be mad just like we are."

They work for the third-party company LSG Sky Chefs. A representative for the company sent NBC Charlotte this statement:

Our negotiating team and a federal mediator have been working since May 2019 to negotiate in good faith with the union representing our employees. Our company has offered improvements in wages, and is discussing numerous other issues covered by our collective bargaining agreement. While this is a short period of time to negotiate a complex labor agreement, we feel progress is being made with the help of the federal mediator. We remain committed to negotiating in good faith, and we hope that union members will act lawfully as they exercise their right to demonstrate or protest.

“It’s a lot of work on that job. I feel like we should do what we have to do to make it,” says Mickle.

LSG Sky Chefs caters to several airlines, but workers say they primarily serve American Airlines. A representative for American Airlines has told NBC Charlotte that this airport is one of their most profitable hubs, but they have no influence over how much these workers are paid.

This is a nationwide issue.

Tuesday, workers protested outside of American Airlines headquarters in Fort Worth, 58 demonstrators were arrested -- including some from Charlotte.

As for when this strike could happen, the union still hasn't gotten permission from the national mediation board. If they do, there’s a required 30-day cooling-off period.