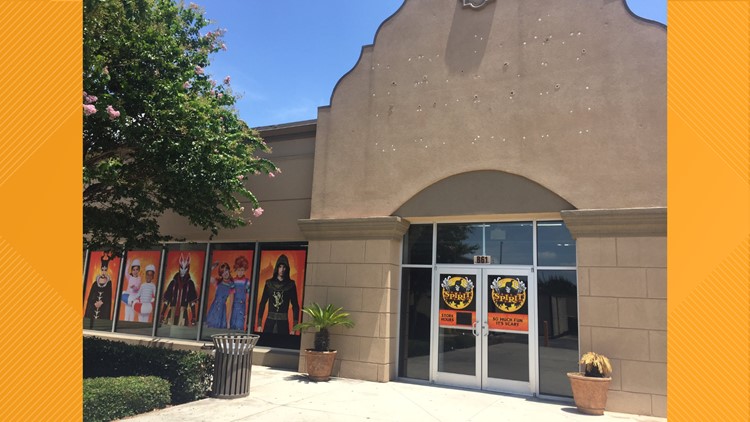 'Boo' soon? Signs of Halloween in San Antonio on the first day of August

SAN ANTONIO — You've heard of "Christmas in July" . . . Now we're gearing up for "Halloween in August!"

It's still summer in San Antonio, yet signs of Halloween have appeared throughout the Alamo City.

Popular SA haunted house 13th Floor announced Thursday that they are looking to hire hundreds of positions (including the very terrifying La Llorona), and the "bones" of Spirit Halloweens stores are popping up across the city.

The above photo was taken at the Wonderland of the Americas mall Thursday. There were no indications of when the Spirit Halloween store actually opened,

San Antonio LOVES Halloween. And since the haunted holiday is just 91 days away, is August too soon to start the Halloween preparations?