"It shouldn't take a tragedy like this to make the airport and the airline do the right thing,” civil rights lawyer Ben Crump said. 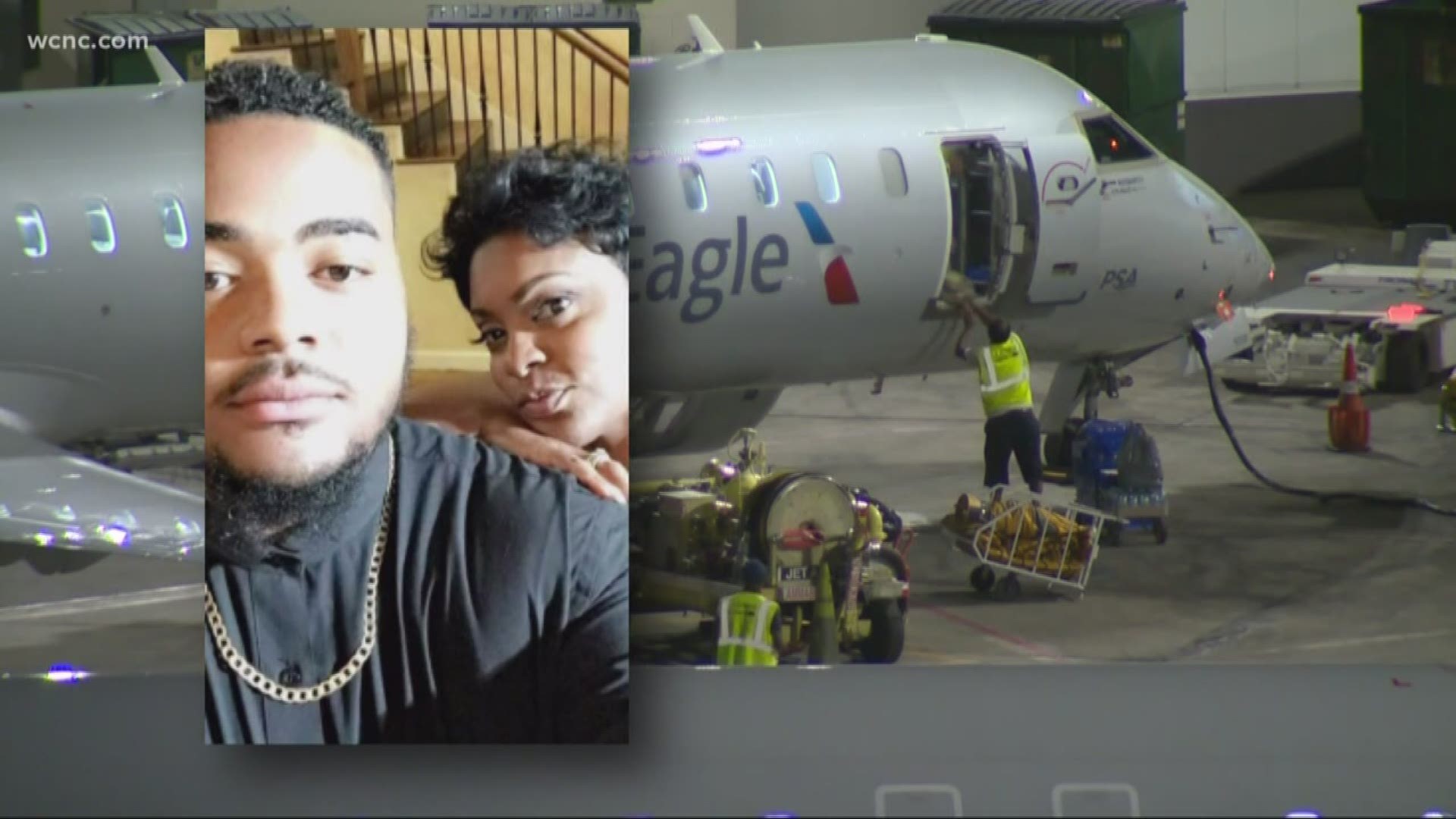 CHARLOTTE, N.C. — Attorneys and the family of a man killed in a deadly accident at Charlotte Douglas International Airport are demanding change.

Ben Crump, the civil rights lawyer who has represented the families of Trayvon Martin and Michael Brown, hosted a press conference with the family of Kendrick Hudson, who died in August during a luggage accident on the tarmac at Charlotte Douglas International Airport.

Hudson died on the job while he was driving a tug.

Police say he tried to swerve to miss a piece of luggage on the tarmac but hit it and flipped.

Attorneys and the family are fighting for better conditions for workers at the airport, specifically asking for better lighting at Concourse E where Hudson’s accident happened.

"It shouldn't take a tragedy like this to make the airport and the airline do the right thing,” Crump said.

Coworkers have said the lighting is inadequate, and even call the area near Concourse E “Death Valley."

"It's frightening,” said Donielle Prophete with union CWA Local 3645. “It's frightening for our agents to be out there working in those dark conditions."

A lawsuit has been filed against American Airlines and the City of Charlotte, filed on behalf of Hudson's family. It claims negligence in keeping employees safe.

Hudson’s family described him as hard-working. They said he was supposed to be off work the night he was killed but picked up the extra shift to save up money for a birthday trip.

“I’m just devastated by, by all of this,” said Erika Vernon, Hudson’s mother. “You would hope that once this happened they would have at least put any type of lighting out there to prevent it from happening again or to make sure it doesn’t happen to any of the other employees, and nothing has been done.”

Hudson’s father, Leon, said he hopes something is done to improve the conditions for workers.

"I just pray that they fix this problem so no one else have to this feel… I don't wish this feeling on nobody,” Leon said. “This is the hardest thing by far that I've ever had to deal with."

“At CLT, the Aviation Department and our partners use layers of safety measures and policies to create a safe working environment.

The aircraft ramp is a 24/7 worksite with a great deal of activity that requires all employees to adhere to multiple layers of safety. The Aviation Department provides safety layers such as facility lighting, ramp markings, and we establish and enforce ramp safety standards. We rely on our partners and individuals using the ramp to maintain situational awareness, adhere to speed limits, utilize vehicle headlights and taillights, wear seatbelts, promptly remove foreign object debris and take various other precautions.  Before Mr. Hudson’s tragic accident, the Aviation Department hired a consultant to conduct a lighting study. After Mr. Hudson’s death, Piedmont Airlines employees brought forward additional concerns and the Aviation Department expanded the scope of the study. In late 2019, the consultant completed work on all study areas and we are working to implement them now.

At this time, there are no findings of the cause of the accident. We anticipate the Department of Labor will release the OSHA findings tomorrow (January 29th). Based on the findings, we will implement any recommendations for the Aviation Department. Our thoughts continue to be with the Hudson family.”

American Airlines responded to the news conference with the following statement: “Our condolences are with the family of Mr. Hudson. Safety is our number one priority and the first consideration in every decision we make and we are committed to providing a safe work environment for all of our team members. The OSHA investigation into the accident is not yet complete, and no cause has been determined."