They've turned out to be the 'it' gift this holiday season. On Sunday, 5,000 special edition 'Levine Children's Hospital' beanies created by Carolina Panther's tight-end Greg Olsen and New Era, sold-out. 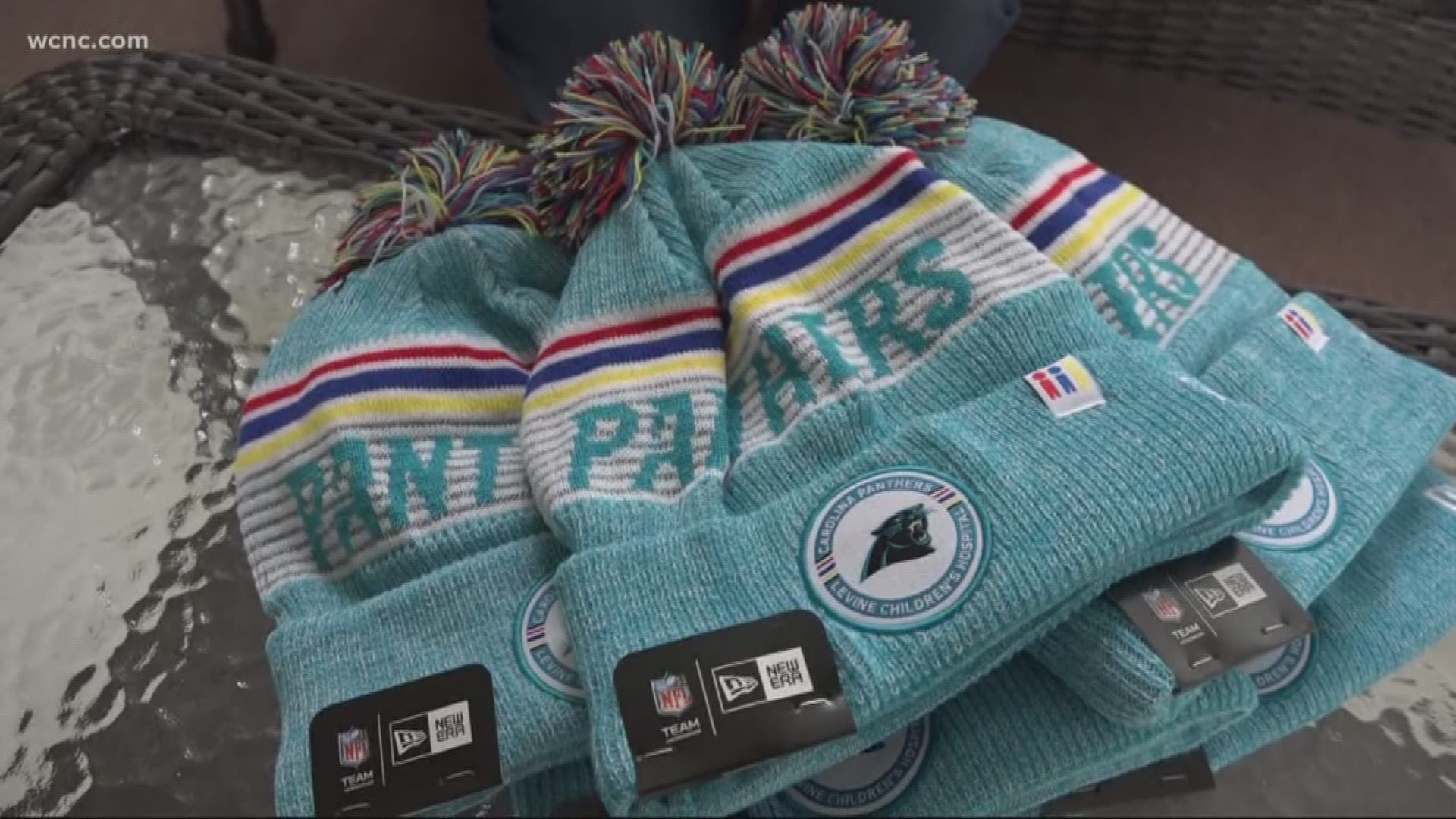 “Greg has made the beanies very famous around this city,” said Carrie Keuten, the group event coordinator for Levine Children’s Hospital.

Keuten said Olsen, along with his wife and kids, recently visited patients at Levine’s where they unveiled the beanies and handed them out to kids.

Shortly after his visit, Olsen’s foundation, Receptions for Research (R4R), announced 5,000 of the beanies would be released to the public and $5 from every beanie sold would go back to the hospital.

The beanies were further thrust into the public eye when Carolina Panther QB, Cam Newton wore his to a post-game press conference.

“It’s super drippy man, I like it,” said Newton. “It just means a lot for a person to have that much of an initiative and you can tell it means something to him,” he said.

With fanfare building, thousands waited by their computers Sunday morning. But for many including, Heather Pressley and Ashley Lewis, they were met with two little words, “sold-out.”

The beanies, sold out online in just minutes, causing a frenzy on social media as fans began making pleas.

“I knew somebody had to be at the game. So, I said please I’m looking for this, it’s a gift,” said Lewis, who posted in the popular M2M facebook group.

Turns out, Jennifer Szakaly, was not only at the stadium, but in line at a merchandise tent.

“And I just happened to look at my phone. So, I was trying to figure out how many I could buy without my husband going crazy when he saw the credit card bill or my card melting and just decided to get some extras and help these moms out,” said Szakaly.

Szakaly said she grabbed five and quickly heard from other moms who were also looking for one. She said the demand for the beanies didn’t end there though and said she got repeated offers from fans once at her seats.

Charlotte’s hottest holiday gift, not only “drippy,” but helping to spread Christmas cheer to an entire community.

“Everything adds up for every program that we do from cancer research to child life services and what we can offer,” said Keuten, who said thanks to Greg Olsen’s beanies will get a $25,000 donation.

Next year though, fans just hoping there’s more cheer to go around.

“Great organization, you know Levine, we want to support the kids, they need to make more. You know we’re proud of our Panthers, just make more,” said Lewis.

Even Keuten said she and the staff at Levine’s hope they make more.

“So many of our own staff want them. You know, you’re very proud to be wearing something that you’re such a great part of…to be part of Levine Children’s Hospital and the hope and healing that we do every single day. It’s wearing one of those beanies, says ‘hey I work at Levine Children’s hospital and I’m very proud to wear this beanie,” she said.

As of November 26, there is no word on whether another round of beanies will be made.