The Wells Fargo Championship is limiting attendance to 30% capacity. 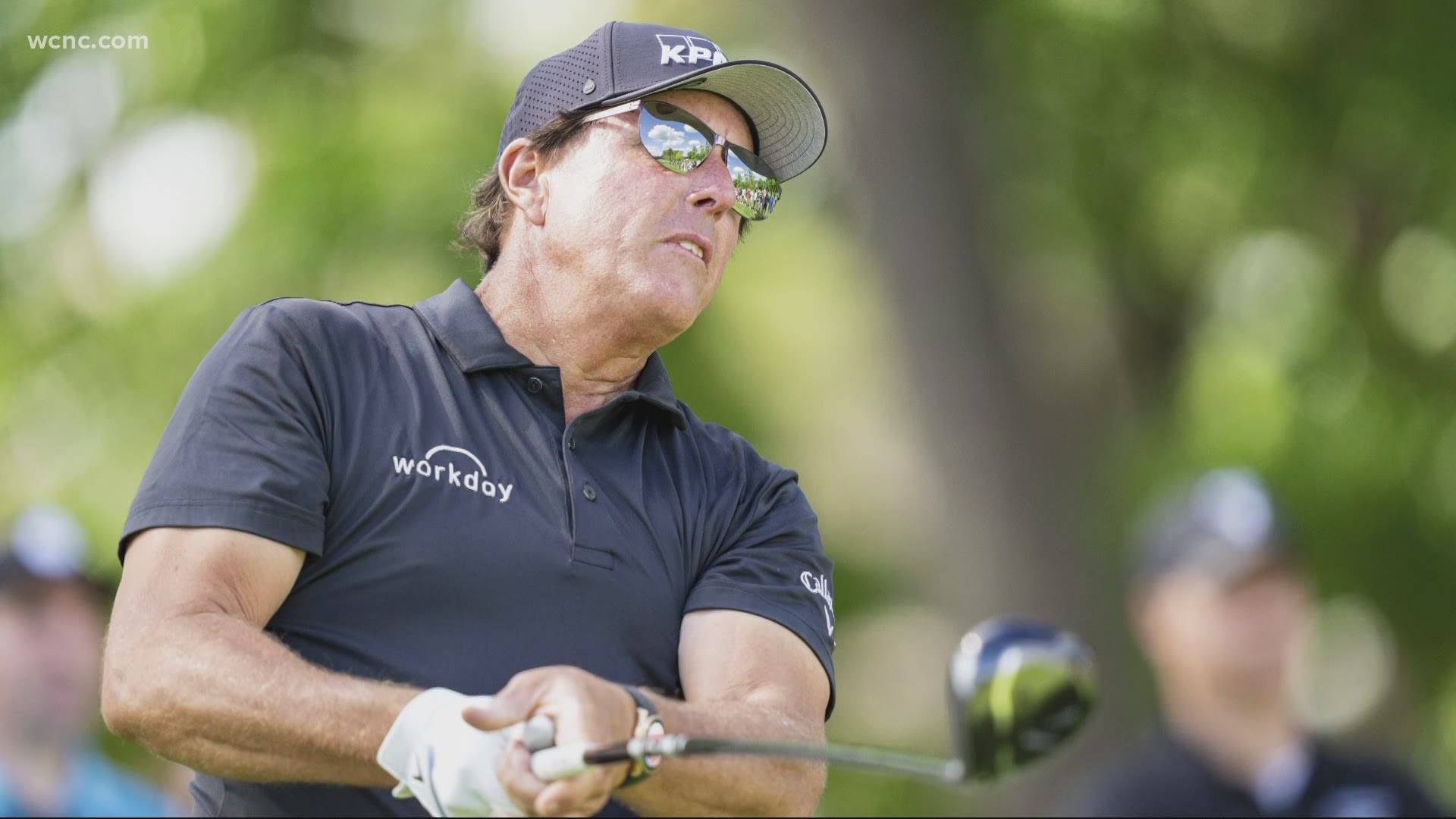 CHARLOTTE, N.C. — The Wells Fargo Championship is back in the Queen City and so are the fans.

It’s the first time in two years the event has been held due to the COVID-19 pandemic. The championship is one of the biggest events in Charlotte since the pandemic started in March 2020, but capacity is limited to 30%.

Robinson Wise, a spectator, said this was his fifth time attending the Wells Fargo Championship.

"It got canceled last year, so it's really nice to be out here again, you know, cause last year this time I was inside," he said. "So it's nice to be out in the weather and seeing everybody again."

The fans came out in numbers on Friday to watch some of golf’s best on the course at Quail Hollow Club.

"We come every year,” said Alecia Belt. “It was a shame last year when we weren't allowed to come, but I'm so glad that it's back."

Some didn’t mind that there were fewer people than usual at the championship.

"It's definitely not as crowded, which I kind of like,” said Wise. “You know, you can get up close to pretty much any hole and see whoever you need to see, so I like the more intimate feeling with fewer fans."

According to PGA Tour guidelines, masks are required both indoors and outdoors, with limited exceptions. A few masks could be seen among the crowd on Friday.

Some fans, like Belt, said they’re hoping for more events like the championship and a return to normalcy.

"Get your vaccine, and get out and go to restaurants,” added Belt, “and bring the economy back up."