Tourists drove over and parked on graves. One vehicle toppled a headstone. 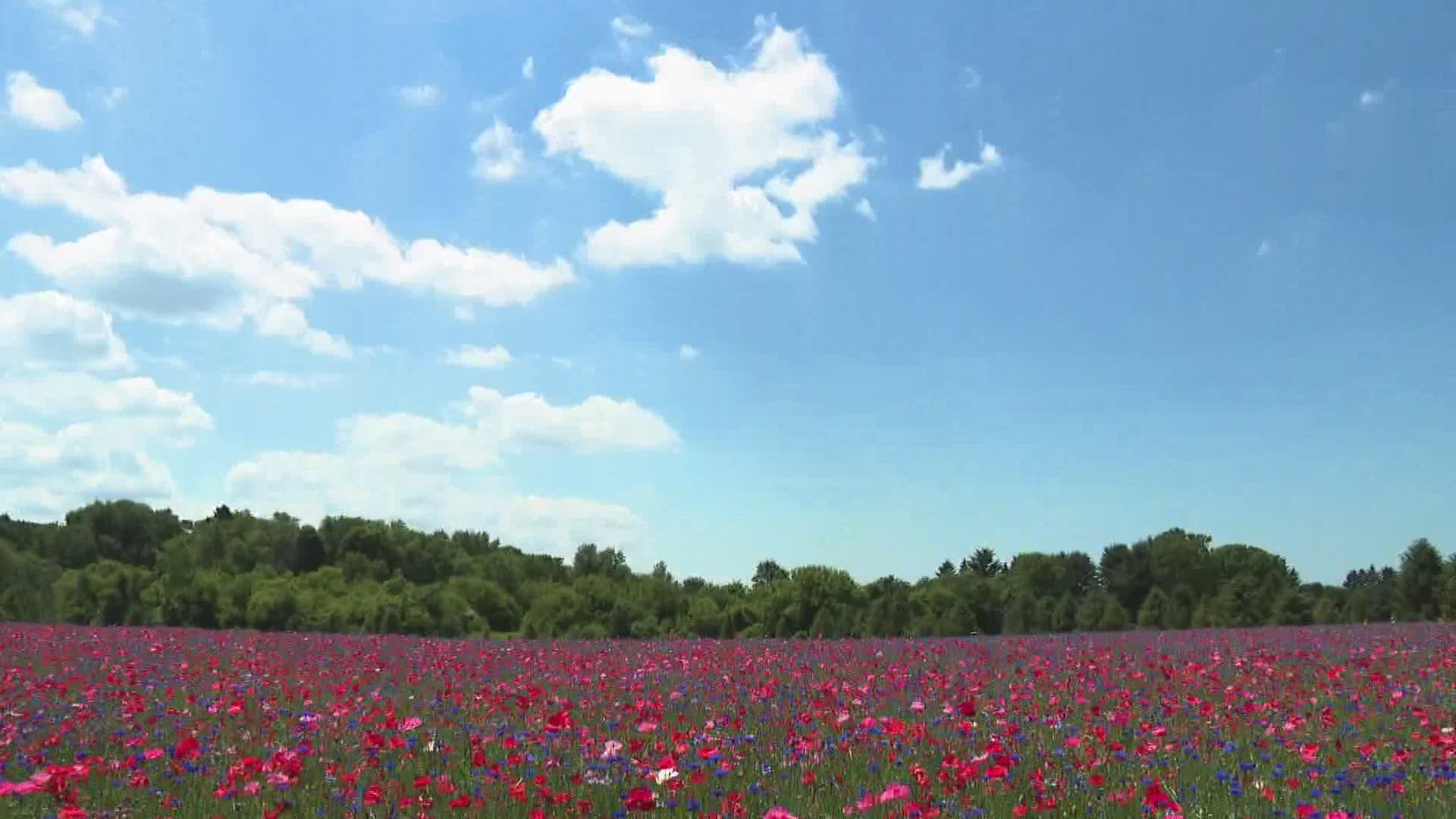 FENNVILLE, Mich. — Overflow traffic at a popular poppy field led officials in an Allegan County town to shut down its cemetery to vehicle traffic.

"No one had any idea what was going on," said Angie Smith, a local photographer. "A lot of people were asking on Facebook what was happening at the cemetery because there were so many cars."

Tourists flocked to Pleasant Hill Farm in Fennville to take pictures at a four-acre poppy field, which owners Joan Donaldson and John Van Voorhees planted in memory of their late son, Sgt. Mateo Donaldson. The field borders the city-owned cemetery on 124th Avenue.

"It has always been a great memorial, a beautiful feature for our community," said Fennville City Administrator Amanda Morgan. "It's always drawn a crowd, but this year it's really taken off."

The city allowed those visiting the field to use the cemetery for parking. When the area filled up, people drove over and parked on graves to see the flowers.

"We did have an incident where one tourist did come and hit a headstone," Morgan said. "Unfortunately, they left the scene of the crime. That was the point in time we decided we just had to cut off the traffic."

"We're taking [the closure] day-by-day depending on how long the poppies stay in bloom," Morgan said. "Once the traffic starts to die down, we may be able to open portions of it back up."

Meanwhile, scores of people taking photos of the flowers walk into the four-acre poppy field. The trampled poppies appear to create paths, resulting in more damage, said Smith, who created signs asking visitors to stay on the edges.

"We come out here, along with other people in the community, just asking people kindly to stay out," she said. "You're not always met with that kindness, and it's kind of sad."

People need to maintain a level of respect for the family honoring Sgt. Donaldson and for those mourning at the cemetery, Morgan said.

Fennville Cemetery is still accessible by foot and those unable to make the trip can call city hall at (269) 561-8321 to arrange access. 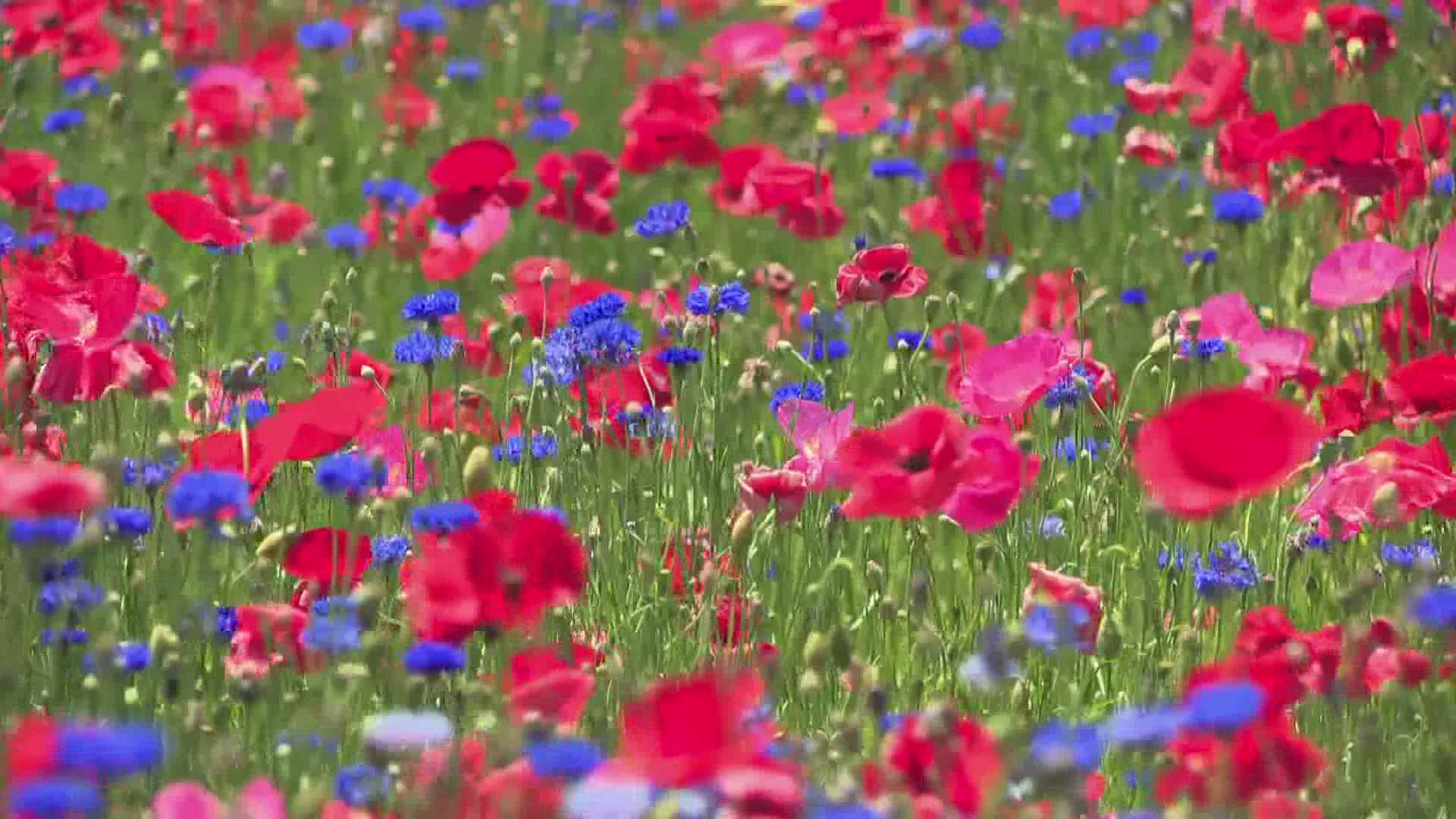