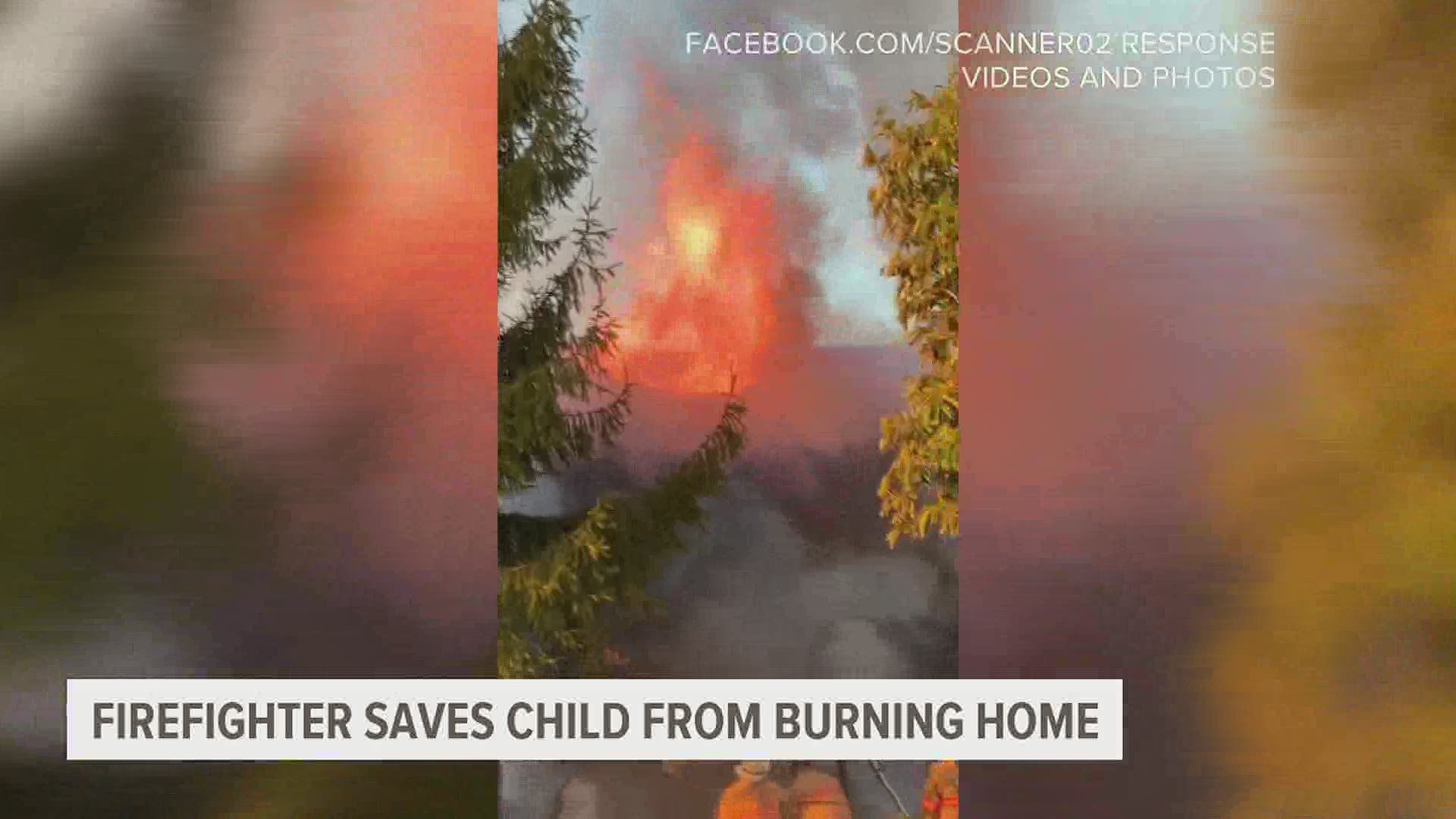 ADAMS COUNTY, Pa. — A volunteer firefighter is credited with saving a life after he drove past a burning home, grabbed a ladder, and rescued a child from the second floor.

Elijah Hale is a member of the Irishtown Fire Company, Alpha Fire Company #1 of Littlestown, and for Southeastern Adams Volunteer Emergency Services. But, he wasn't working as a firefighter at the time the fire started on Bender Road in Union Township, Adams County.

Hale was actually on his way to an appointment for his landscaping business, Simply Willow Plants, when he spotted the smoke.

"I was enroute to my second estimate, which was at 6:30," said Hale who added, "when I saw the cloud of smoke I got a little curious myself and figured I'd go down and check it out."

Hale said the fire 'didn't look good at all.' He got out of his vehicle to find another good samaritan alerting him to the child on the second floor, who was trying to break the window to escape. The property owner tells FOX43 that child was 12-years-old.

Hale said "right as I was pulling in my phone was going off for the fire at that address."

Hale called dispatch to alert first responders that someone was trapped.

"The dispatcher said there's a barn on the property, maybe you can find something to get up to her. I took that advice and there was a 16 foot extension ladder in the barn," he said.

Hale raced to prop up the ladder against the home and he climbed it to help the 12-year-old escape.

"She had already been able to break the window. Once she got the window broken, I was able to help her get over the glass that was lying on the roof,"

Hale said he's happy he was able to find the ladder fast, and that the girl was able to escape safely. She was taken to the hospital to get checked out.

Meantime, Hale said he left the scene after making sure the girl was okay and he headed to his 6:30 landscaping appointment. As he spoke to FOX43, Hale refused to take the credit for himself, making note of the multiple good samaritans who also helped him at the scene to get the girl down. He also credited the 12-year-old victim for her brave actions to break the window to escape.

Thank you to everyone for your kind words, reactions, and post shares regarding our member Elijah Hale, and his rescue...