Traditional fireworks displays have been canceled from Charlotte to Myrtle Beach to Charleston. 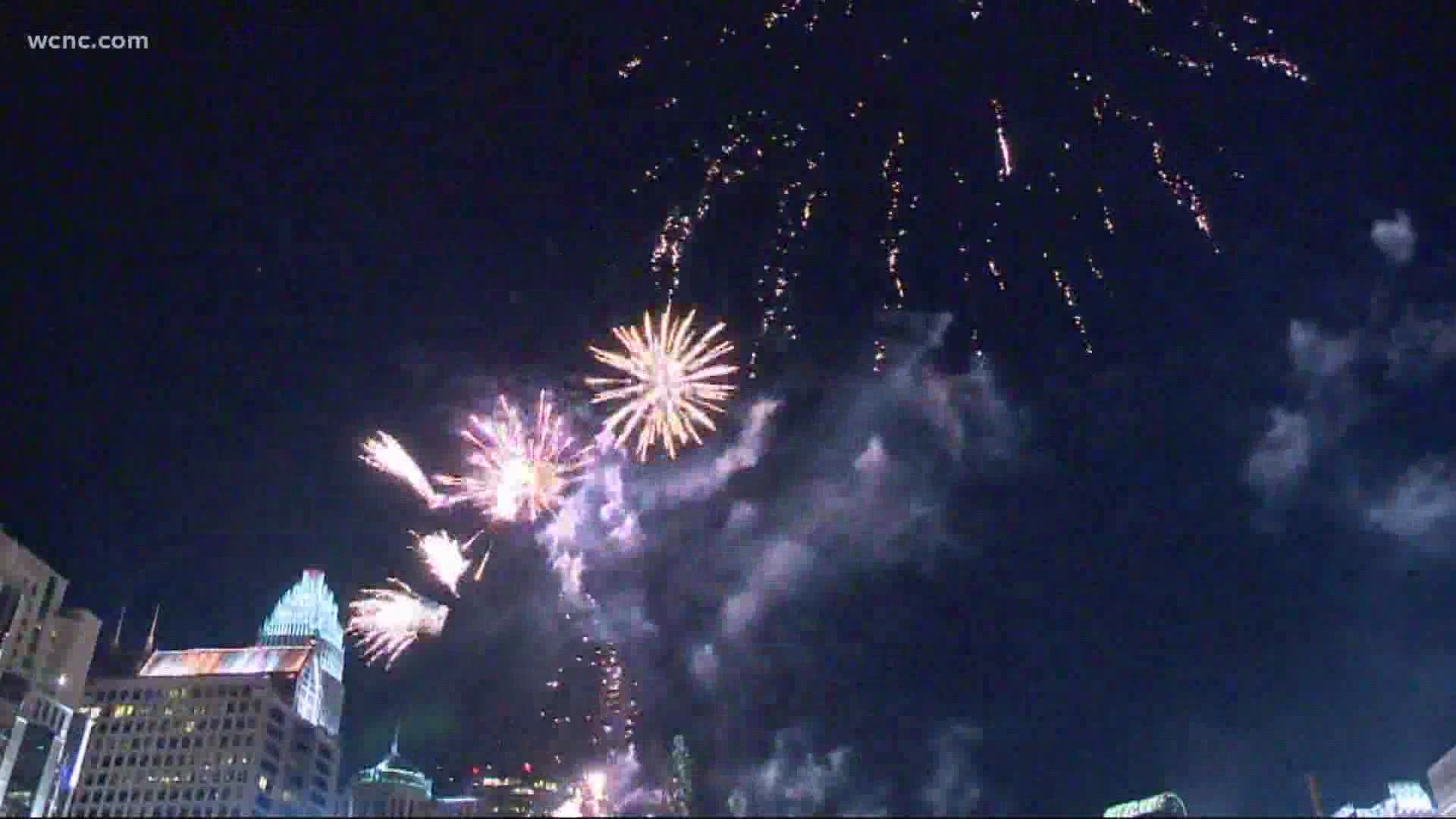 BELMONT, N.C. — This 4th of July, Americans are being asked to celebrate our nation’s birthday from a distance.

Traditional fireworks displays have been canceled from Charlotte to Myrtle Beach to Charleston.

But for a few communities in our area, the show will go on, including in the City of Gastonia, Tega Cay and in the city of Belmont.

“We’ve all been through a lot these last 3 months and we thought we just need to do this, we want to encourage everybody to be safe,” said Belmont city manager, Adrian Miller.

Miller said the last few months have been especially tough for the city’s small businesses, including Belmont Specialty Foods, who moved to a new location just two weeks before the pandemic forced them to close.

Manlove said his store employs a handful of the area’s high school students and carries more than 100 local products.

“This girl right here, she’s the youngest certified beekeeper in North Carolina,” he said reaching for a jar of honey.

Manlove said he had low hopes of any 4th of July business, but now, thanks to the show in the sky, he says he plans to stay open until midnight.

“For us, any type of income is good income right now,” he says, saying he’s appreciative of the city’s decision.

RELATED: Veterans with PTSD ask you do this when shooting off fireworks

“It’s been kind of doom and gloom the last couple of months and fireworks and seeing your neighbor even if we’re social distanced, it says community,” said Manlove.

The City of Belmont said Main Street will be closed to traffic beginning around 3 p.m. Saturday. They said they hope this will provide restaurants more room to spread out their outdoor seating and that visitors will have more space to be physically distant.

Miller said the city is asking everyone to wear a mask and to remain cognizant of distancing. He said for those who do not feel comfortable visiting Main Street, the fireworks will also be visible from nearby church parking lots or the soccer fields in East Belmont at Gantt Park.

He said all other traditional 4th of July celebrations have been canceled.

RELATED: Protests have not contributed to rise in COVID-19 cases, research group suggests