Food bank stocks up ahead of the holidays

A local food bank celebrates 40 years of service with truckloads of food to serve two dozen counties in the Carolinas. 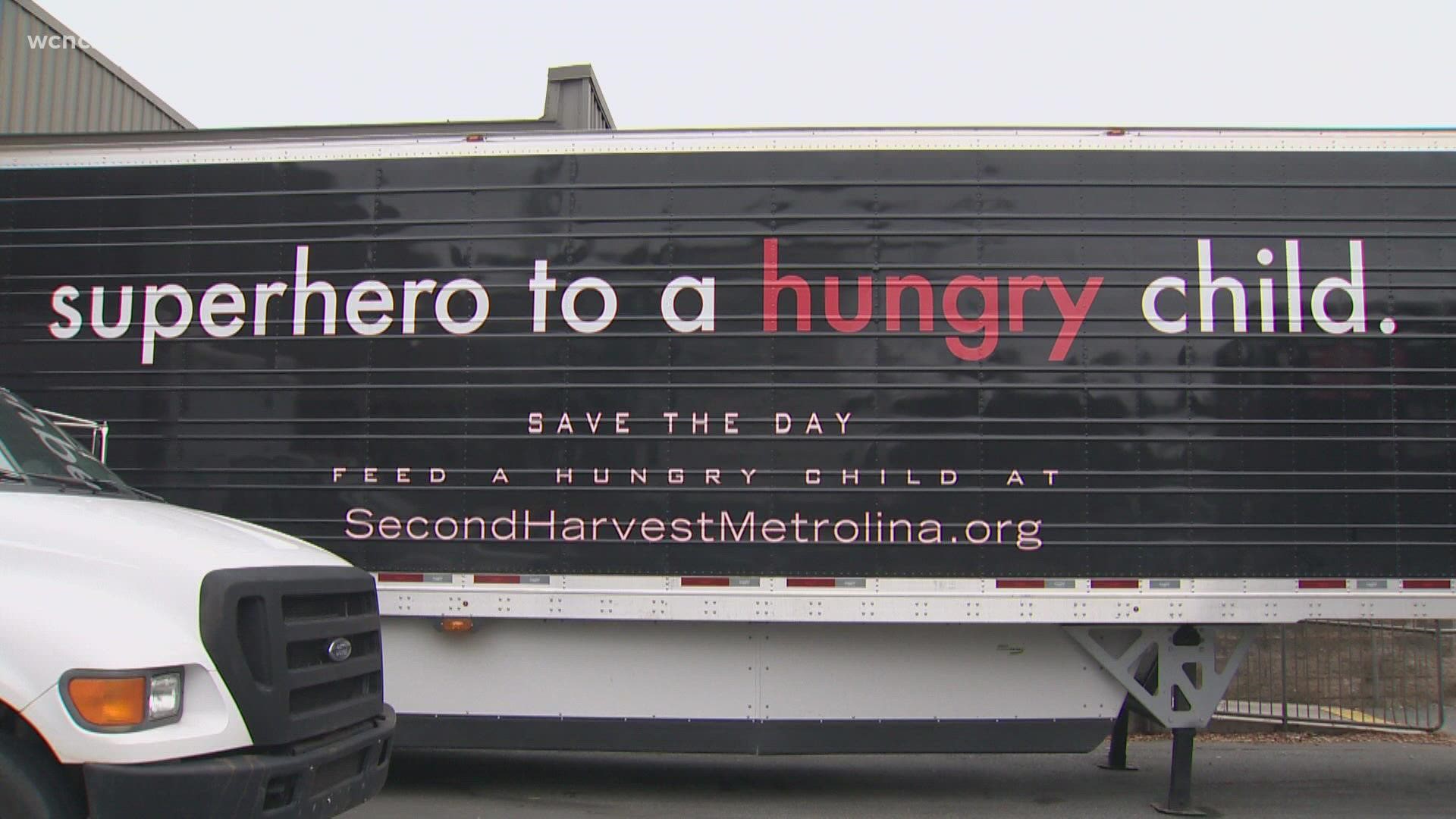 CHARLOTTE, N.C. — A Charlotte-based food bank received a major delivery ahead of the holiday season. The delivery comes at time to re-stock the shelves at hundreds of local food pantries and feed thousands of people in the Charlotte area.

Five tractor trailers dropped off an estimated 150,000 pounds of food at Second Harvest Food Bank of Metrolina located on Spratt Street in Charlotte.

The food bank is celebrating its 40th year of service, and hunger is at an all-time high due to the COVID-19 pandemic.

The warehouse is a food source for 800 emergency pantries, soup kitchens, and shelters along with senior programs and low-income daycares across 24 counties in the Carolinas. The food bank serves 14 counties in North Carolina and 10 in South Carolina.

A food industry partner said their one truck had at least 75,000 pounds of protein. Carter says their one focus is on providing healthy meals to the people they serve.