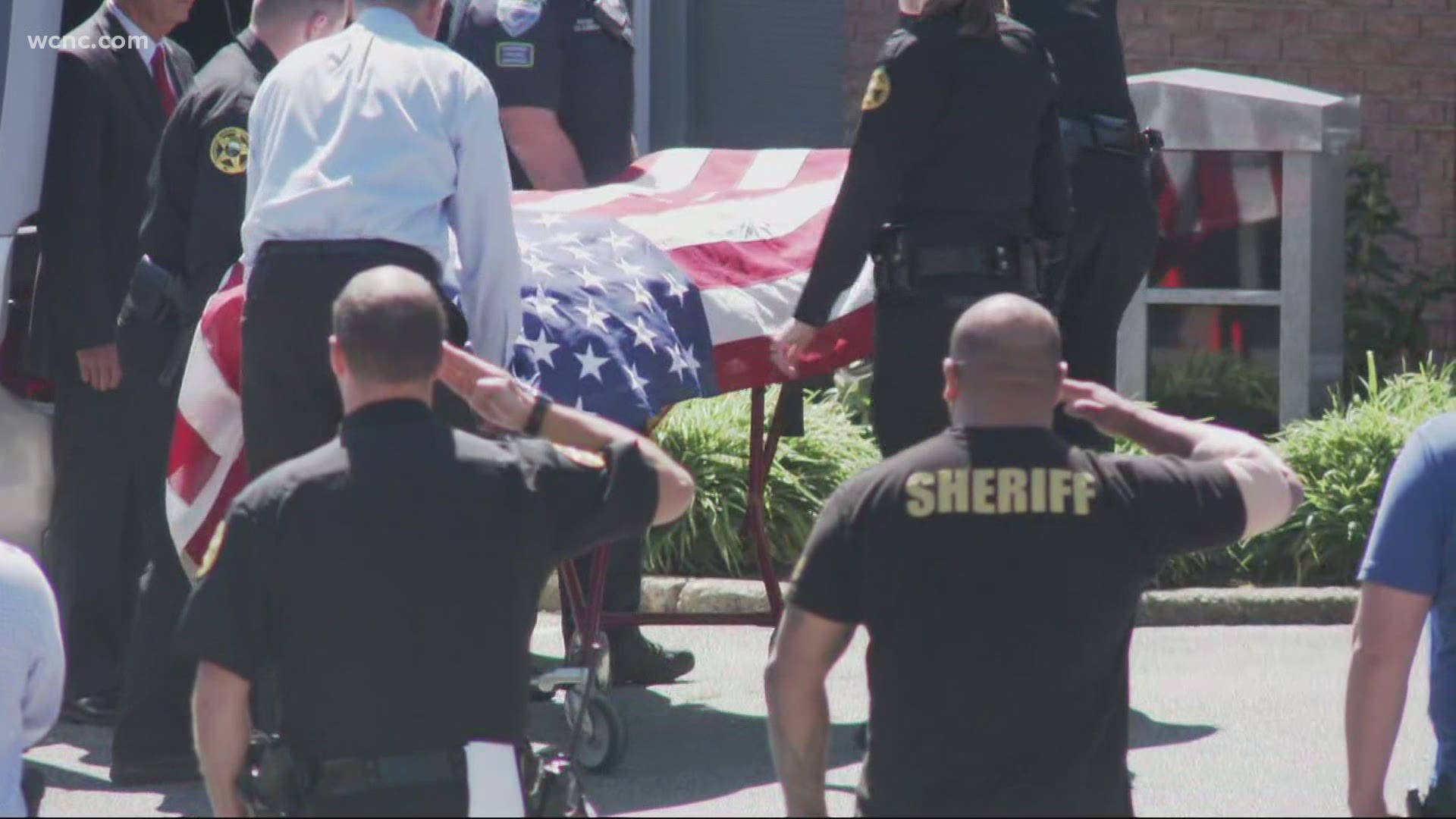 BOONE, N.C. — Funeral services for the two Watauga County sheriff's deputies killed during an hours-long standoff Wednesday were announced Friday by the funeral home in Boone.

Services for K-9 Deputy Logan Fox and Sgt. Christopher Ward will be held Thursday, May 6 at 3 p.m. at Alliance Bible Fellowship, according to the Austin and Barnes Funeral Home. Families of the fallen law enforcement officers will receive friends prior to the service from 10 am. until 3 p.m. at the church.

The flag-draped coffins of the fallen deputies were escorted by law enforcement to the funeral home Friday.

Ward, 36, began his career with the Beech Mountain Police Department in 2013, according to his obituary shared by the funeral home. He joined the Watauga County Sheriff's Office in 2018.

He is survived by his wife, Candice Hamby Ward, and two daughters, Molly and Katie Ward. He was the son of David Ward and the late Elizabeth "Libby" Kincaid Ward

After the service, Ward will be laid to rest at the Green Valley Baptist Church Cemetery in Sugar Grove.

Fox, 25, of Lenior, was the son of Timothy and Maureen Fox.

His final resting place is listed as Sugar Grove.

GoFundMe online fundraisers have been created for both the families of Ward and Fox.

Ward and Fox were shot responding to a welfare check Wednesday. The suspect barricaded himself in an hours-long standoff with police, which resulted in the death of the shooter, his two parents, and the two Watauga County sheriff's deputies.