Hundreds of people showed up on Saturday to pay their respects to the beloved co-owner of Brook’s Sandwich House in NoDa. 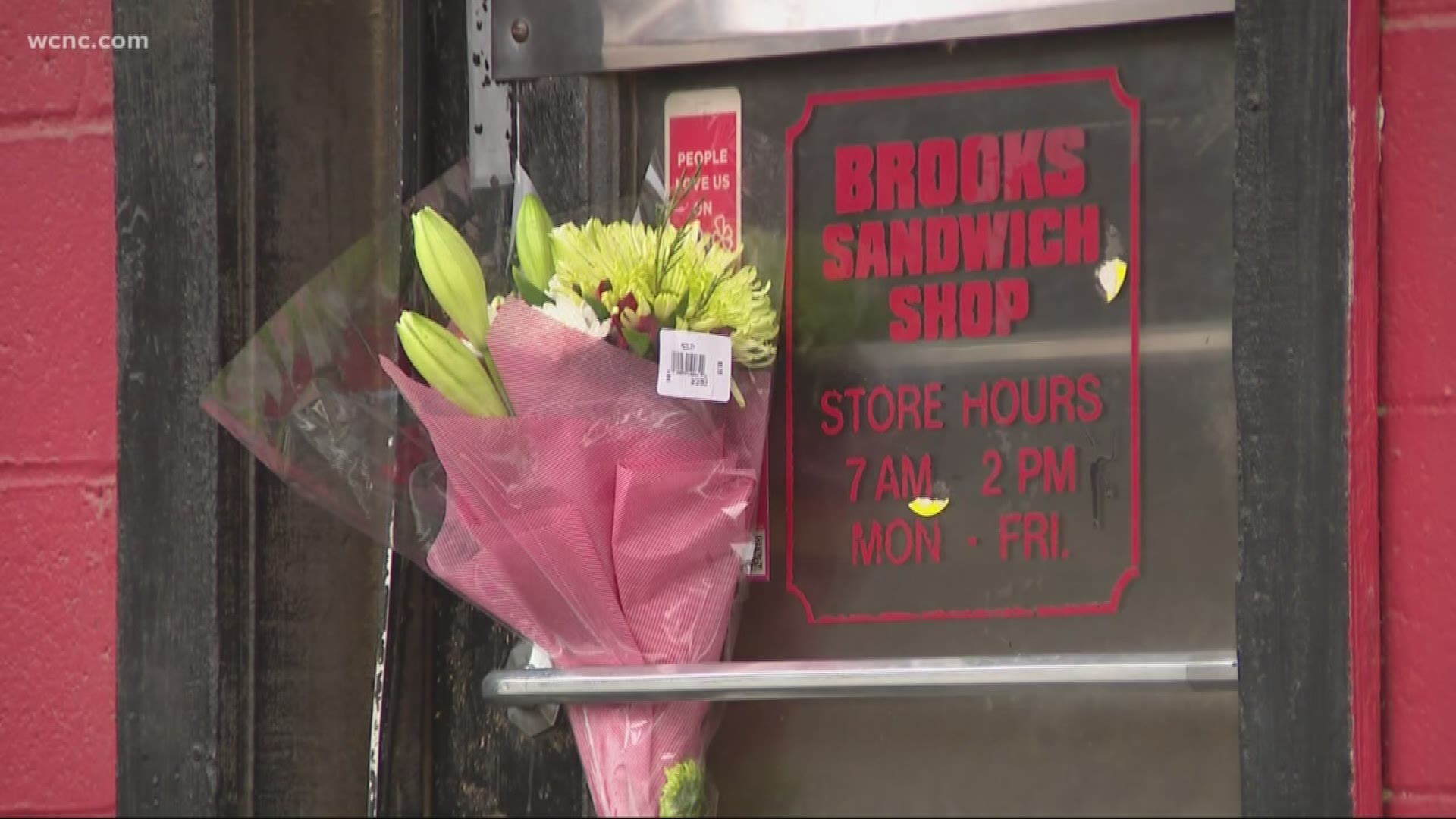 That’s the church where the Brooks family worshipped for years, and that’s also where hundreds of people came to show their love and support.

The church’s parking lot was packed, and you could spot people from all ages and backgrounds who wanted to be a part of this celebration of life.

"Just a humble man and so many people came out to honor him and his life," family friend Jaren Rick said.

Visitors at the service were given pins with Brooks' picture attached and cards that included an encouraging scripture. Some describe the scene inside as sad, yet uplifting to hear of everyone’s stories about Brooks.

"He knew and genuinely loved everyone and you were always going to get a smile," Jennifer Davidson said.

The crowd at the visitation was so large the Brooks family decided to host a second one so everyone would get a chance to show their respect. He will officially be buried on Sunday.

The 61-year-old died after he was shot during an apparent armed robbery at the restaurant in NoDa Monday morning. Charlotte-Mecklenburg Police are searching for two suspects.

The Brooks family says it plans to continue the business and reopen around the start of the new year. Customers told NBC Charlotte they plan to be there to support them all the way.

As CMPD continues to search for the suspected killers, Scott’s family and friends had this message to the wanted suspects.

"What you did was senseless, but do the right thing now turn yourself in," Davidson said.