The man was handcuffed and a line was clipped to the handcuffs before he was led to walk down the street by two officers on horseback. 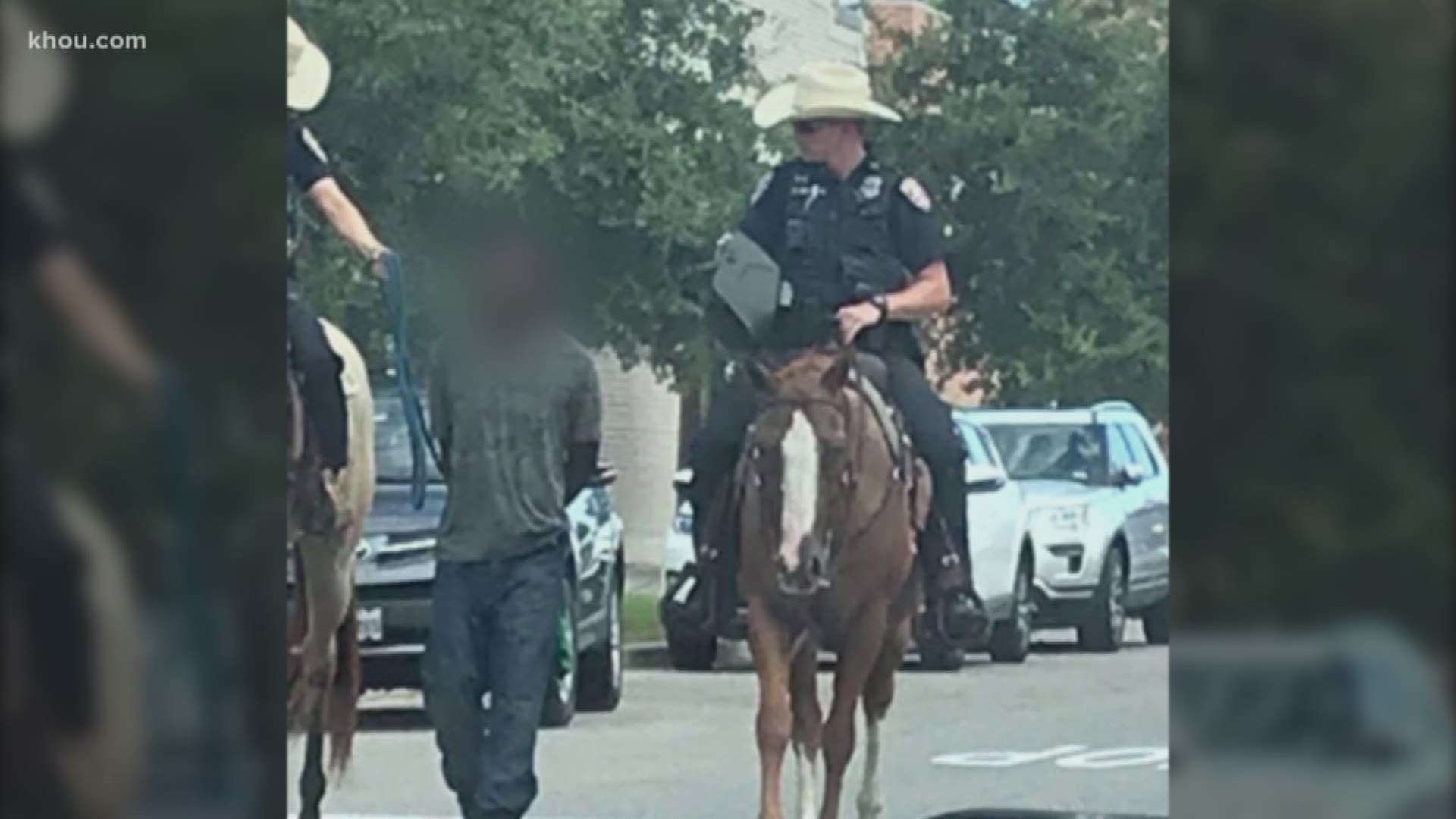 GALVESTON, Texas — The Galveston Police Department is apologizing for the way officers arrested a man over the weekend in downtown Galveston.

The department says two officers arrested a 43-year-old man for criminal trespass at 306 22nd Street. The man was handcuffed and a rope was clipped to the handcuffs before he was led to walk down the street by the two officers on horseback.

Police say he was being led to 21st Street and Market Street where the Mounted Patrol Unit was staging from.

A photo of the arrest was taken and shared on social media. It shows the man walking between the horses and the officers with his hands behind his back and one of the officers holding the blue rope.

"While this technique of using mounted horses to transport a person during an arrest is considered a best practice in certain scenarios, such as during crowd control, the practice was not used correctly in this instance." the department said.

The officers involved were apparently familiar with the man and were told that he had been warned against trespassing at the location several times.

The department sent out a press release about the situation on Monday.

“First and foremost I must apologize to (the man arrested) for this unnecessary embarrassment. Although this is a trained technique and best practice in some scenarios, I believe our officers showed poor judgment in this instance and could have waited for a transport unit at the location of the arrest. My officers did not have any malicious intent at the time of the arrest, but we have immediately changed the policy to prevent the use of this technique and will review all mounted training and procedures for more appropriate methods.” said Galveston Police Chief Vernon L. Hale, III

"We understand the negative perception of this action and believe it is most appropriate to cease the use of this technique. The police chief has taken immediate action to suspend this technique of transportation during arrests." the department said.

Galveston Police Department
UPDATE: Three of the suspects apprehended by Galveston Police office... r on Friday, July 19, have been implicated in dozens of similar crimes in the city of Houston. McCook, Sweeney, and Melendez are also being charged with theft of property with a value of more than $200,000, which is a first-degree felony.