Gaston County Confederate monument one step closer to being relocated

There are still questions regarding the legality of moving the statue and where it can be moved. 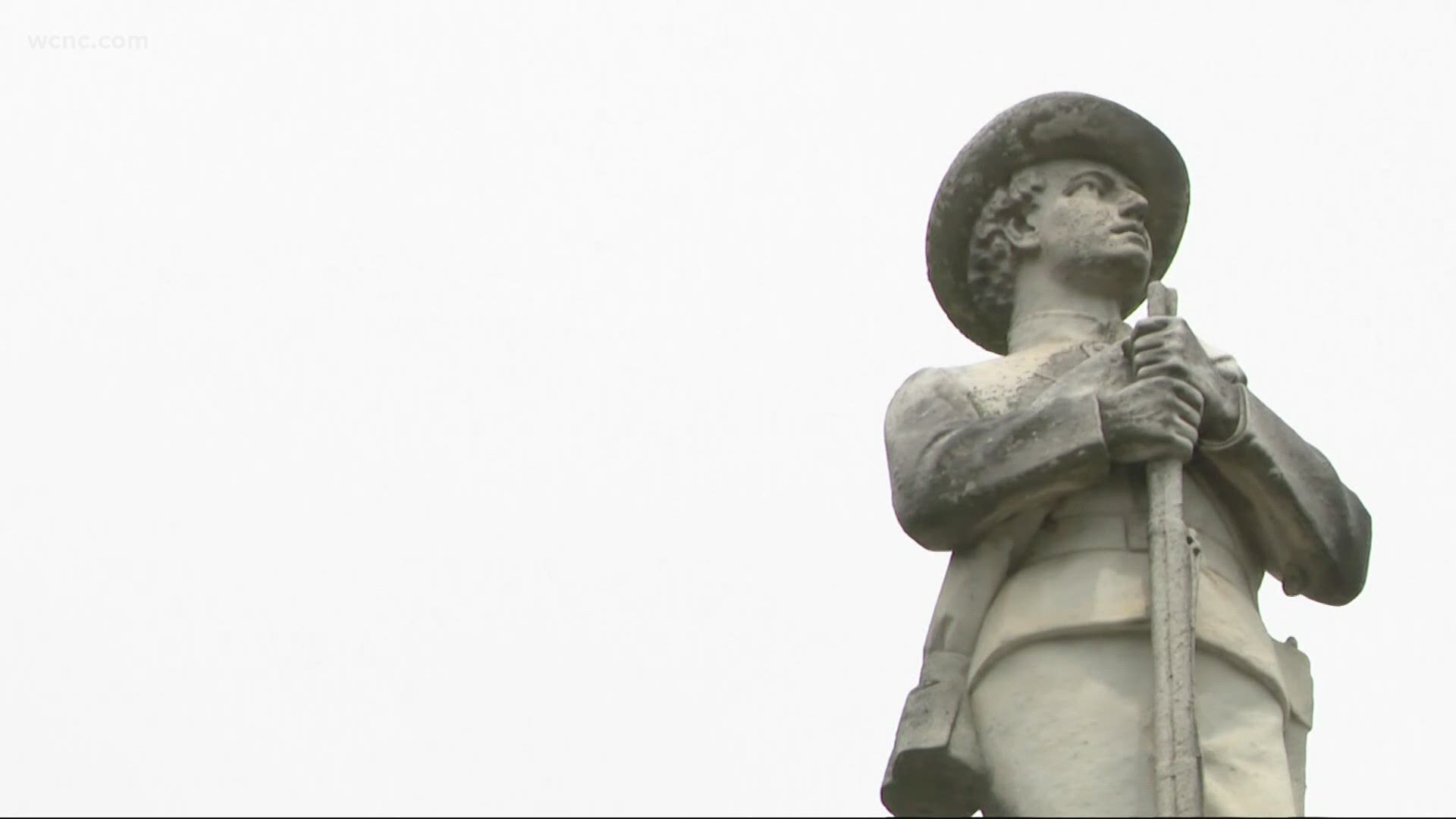 The recommendation will now be presented to the Gaston County Board of Commissioners for their review and potential action. Their next meeting is July 28.

Moises Miranda’s vote gave the majority to relocating the statue, according to a release. Those who voted in favor of moving the monument somewhere else are Rev. Thomas Gillespie, Pastor Dickie Spargo, James Muhammad, Joe Will, Cheryl Comer and D’Andre Nixon.

"Today is a step towards unity, I'm hoping,” said D’Andre Nixon, a member of the Council of Understanding. “The ball is now in the county commissioners' hands."

There are still questions regarding the legality of moving the statue and where it can be moved.