The statue at the center of the debate was gifted to the County in 1912 by the United Daughters of the Confederacy. It was moved to its current location in 1998. 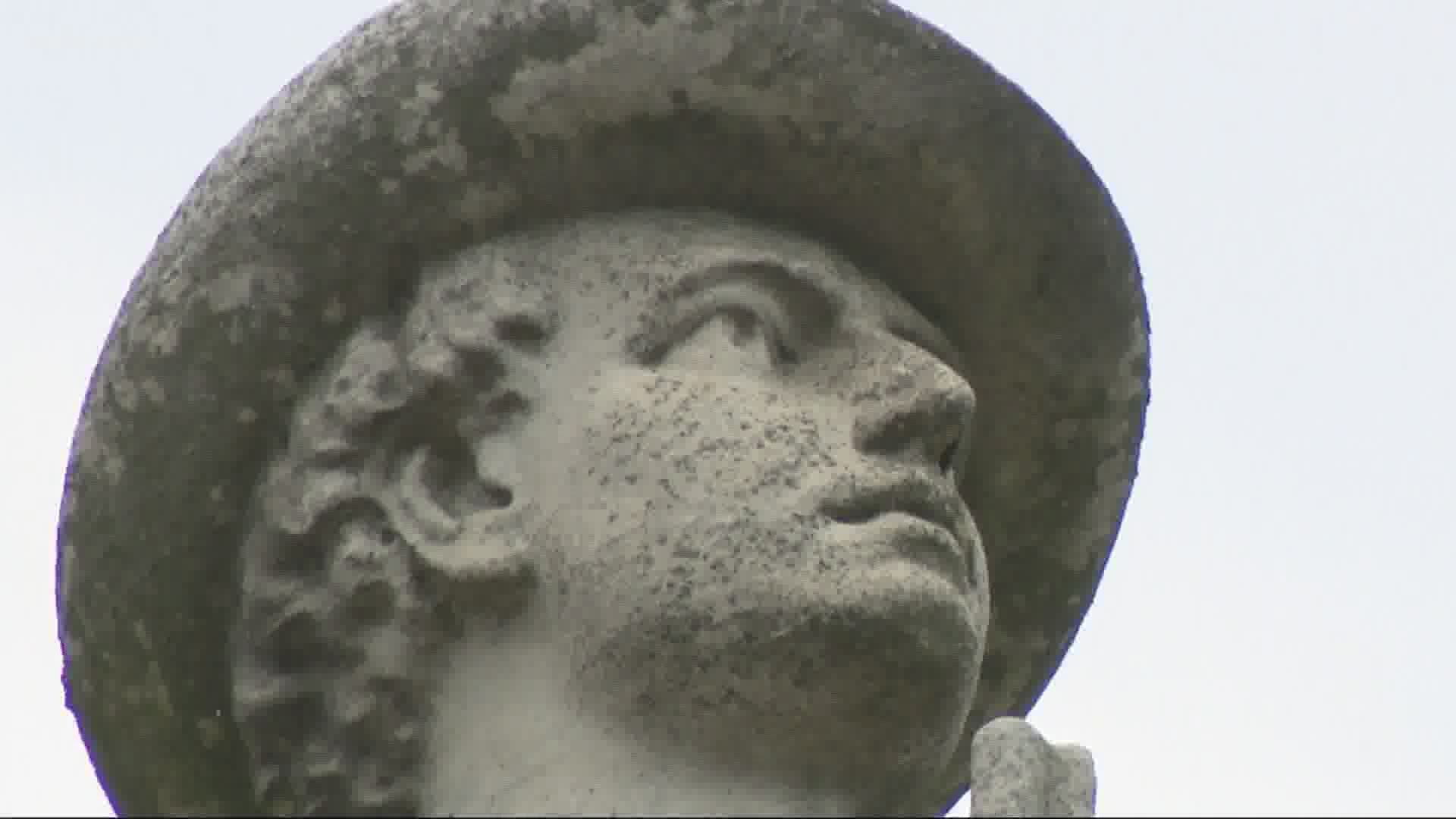 GASTON COUNTY, N.C. — The Council of Understanding in Gaston County met for the first time Tuesday to discuss the future of the Confederate statue outside the Gaston County Courthouse.

The Council of Understanding is made up of 12 members with differing viewpoints. The meeting Tuesday established the ground rules for discussions, covered the legalities of moving the statue, provided history of the monument, and allowed each member the chance to share their perspective.

The statue at the center of the debate was gifted to the County in 1912 by the United Daughters of the Confederacy. It was moved to its current location in 1998.

According to County history records, the installation of the monument in 1912 also falls in line with the Lost Cause movement happening throughout the South at the time, where Southern historians, politicians, and civic leaders redefined the Civil War, questioned the held belief on why the war took place, and greatly emphasized the strength and bravery of the Confederate soldier.

"Monuments were placed in public spaces, especially in front of court houses to remind White Southerners what to honor,” Luker said, “while also reminding Black Southerners that they should not expect equal treatment as to their White neighbors."

James Muhammad, a member of the Council of Understanding, said the statue is a divisive issue in the community.

"It represents a lot of pain and suffering for my people,” Muhammad said. “It tells me that there's a mindset here in Gastonia that's not changed."

William Carter, a citizen who came to the meeting, said he doesn’t want to see the statue removed because of the history it stands for.

Carter said, "I see a generation of Southern men who fought for the preservation of state sovereignty, which was destroyed at the end of the Civil War."

The Council of Understanding will meet again on Thursday to continue the discussion.

The council will meet until it has reached a decision to recommend to the Board of Commissioners for action.