The Mount Holly woman said she found nine used syringes along the side of the road in front of her house. 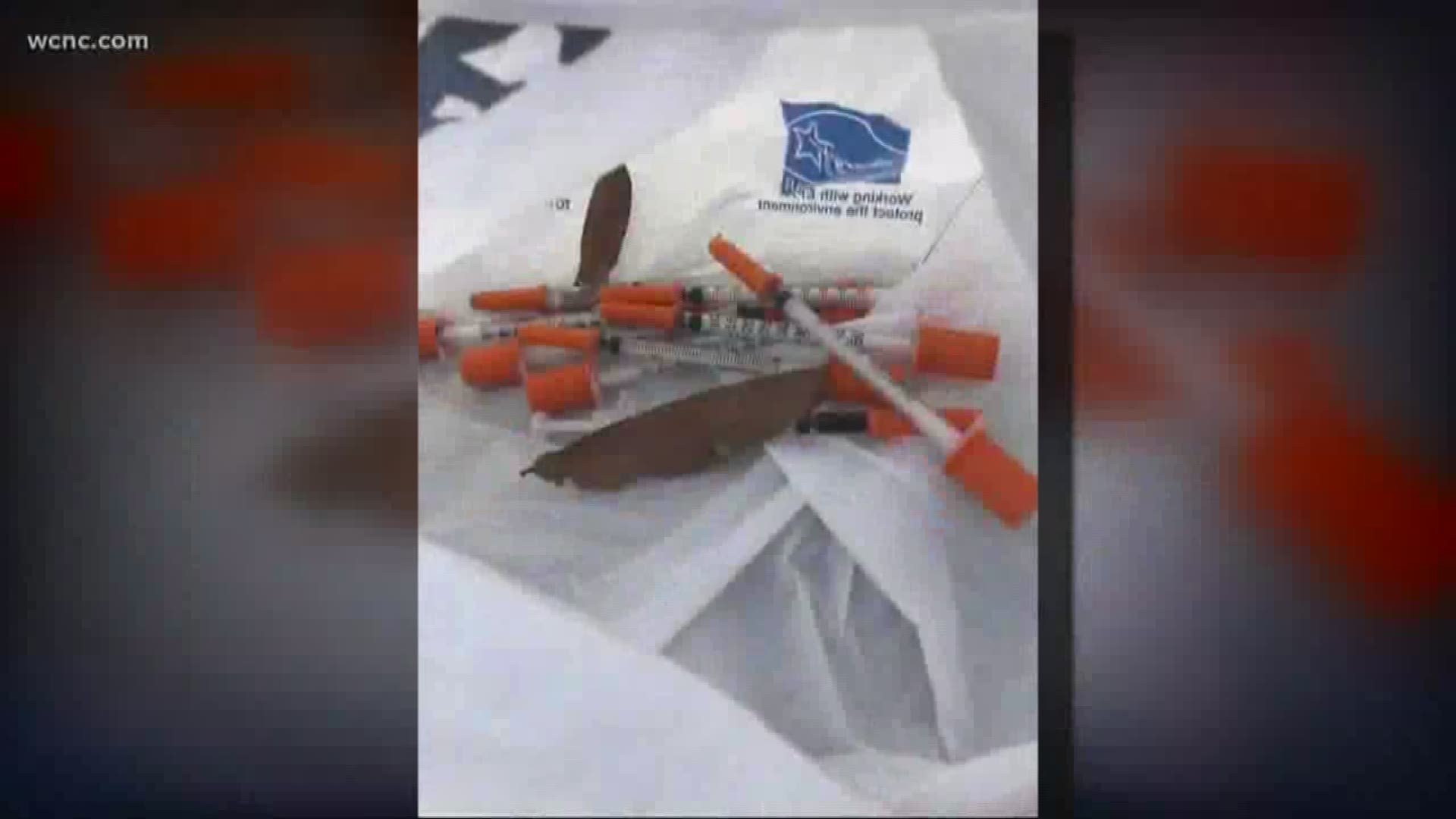 MOUNT HOLLY, N.C. — A Mount Holly grandmother's Facebook post is getting attention after she said she found nine used syringes in front of her house.

Christy Deese said she was taking out the trash earlier this week when she found the needles on the side of the road.

"I was disgusted and shocked," Deese said.

She said a lot of kids and pet owners walk near the path of the needles so she called the police department to collect them.

Deese then posted photos of the needles to Facebook.

"I wanted my neighbors to be aware," she said. "If it happens here, it could happen anywhere else, and anybody can get exposed to it."

Last year, Kara Lesperance, a Gaston County mom, got attention for her story about cleaning up tossed syringes multiple times a day in her neighborhood.

"It's gut-wrenching," Lesperance said. "Nobody wants to have to walk their yard and check for needles just to let their three-year-old outside to play."

If homeowners find used needles, they should call their local law enforcement agency.