Gaston County protesters push for Confederate monument to be relocated

Organizers want the Confederate Monument removed from the entrance to the Gaston County Courthouse. 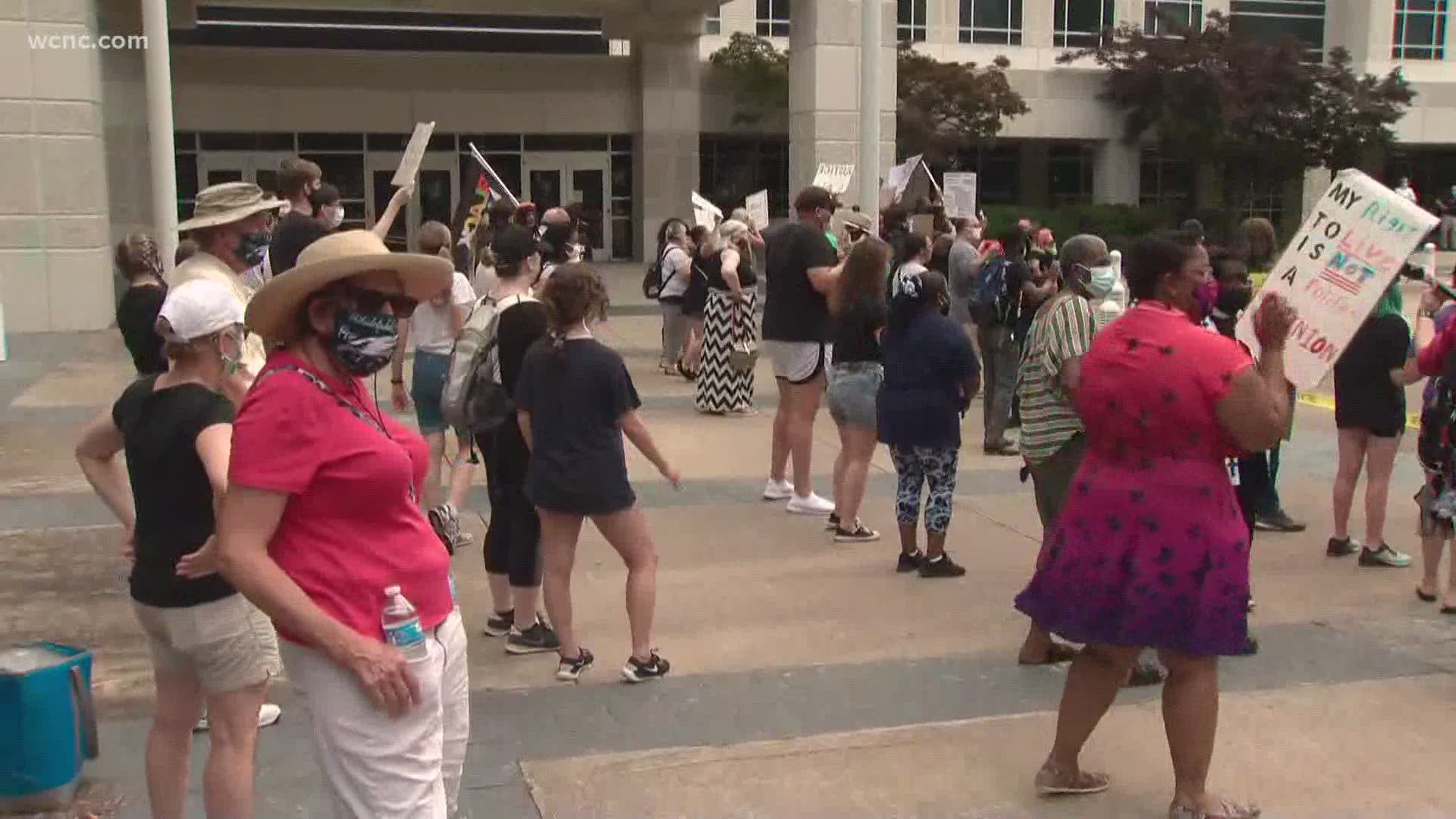 GASTONIA, N.C. — Dozens of protesters were expected to gather outside the Gaston County Courthouse Monday night to march through downtown Gastonia, demanding the removal of the courthouse's Confederate Monument.

Gaston County Freedom Fighters organized the march, and the group's founder, Jamal Gillespie, said they want the monument relocated to another place.

"We plan to continue to march basically to still shed light on it so it doesn't get swept under the rug," Gillespie said.

The march is happening as county commissioners expect to finalize a Council of Understanding, which will issue a recommendation to commissioners about the monument's fate.

Gaston County Board of Commissioners Chairman Tracy Philbeck said the council will be made up of 12 people, six on each side of the debate, and he hopes to have it fully formed Tuesday.

"At the meeting last week, we made it very clear that we wanted to use this opportunity to bring the community together," Commissioner Philbeck said. "To come about a solution that will be for the benefit of our community."

Gillespie said Monday night's march would be kept on city sidewalks, and everyone attending is required to wear a mask. There were some counter-protesters there as well that were in support of the monument.

"We are not engaging with any counter-protesters," Gillespie said. "If there's any blockades of any sorts from the police, we're actually taking another route to remain as safe and peaceful as possible."