Eastridge Mall in Gastonia adapting and repurposing its space

A report by Coresight Research shows 25% of America's roughly 1,000 malls will close in the next three to five years. 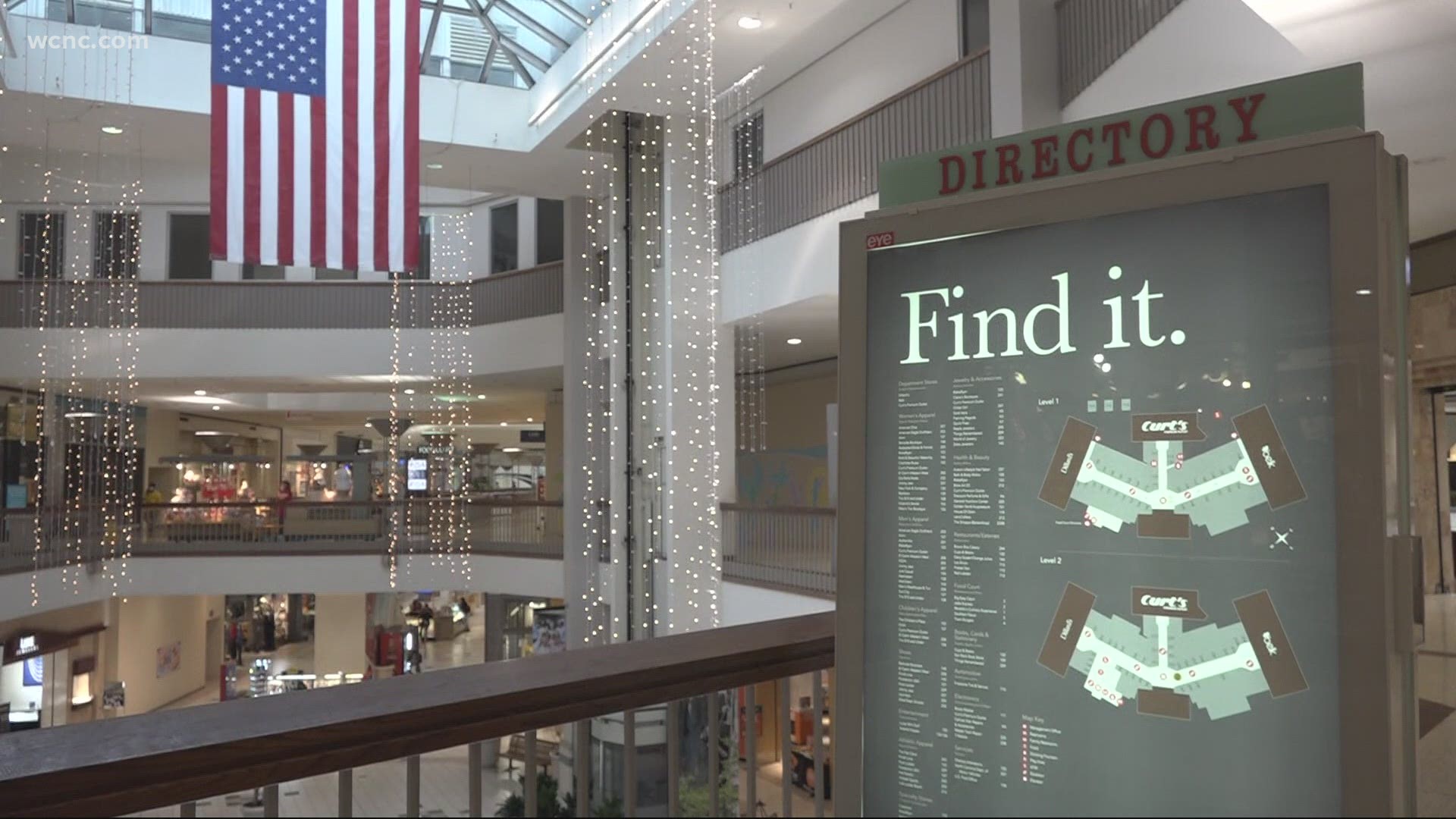 Brick-and-mortar stores have already been losing the battle against online shopping, and the pandemic is making it worse.

A report by Coresight Research shows 25% of America's roughly 1,000 malls will close in the next three to five years.

But at Eastridge Mall in Gastonia, they're trying to reverse that trend and adapt in new ways.

The mall is currently in negotiations with Gaston County to open a vaccination clinic, but that's not the only way they're reinventing the mall.

More stories on WCNC: 'People get overlooked' | Can people in Group 3 jump ahead of those already waiting for a vaccine appointment?

"We're trying to diversify our tenant base," Stout said.

Stout said in a time when malls are dying, it's time to rethink and repurpose spaces to meet a different type of demand.

Visitors will now find a lot more than just stores, there are gaming facilities, office space, even plans of a small church.

"Even though they don't occupy the space all the time after they dismiss their service our food court tenants and other people they're going to love it because they will have a dedicated amount of people coming through the mall," Stout said.

Worshipping at a mall might sound strange, but it's a reality some people are already living.

In Lakeland Florida they created "Church at the Mall" and in Grandville Michigan "Lakes Church" turned deserted malls into congregations.

And as malls across the U.S. continue to struggle, some may see financial ruin, but Stout sees opportunity.

"If you can not adapt and adjust, you will be repurposed whether you like it or not," Stout said.