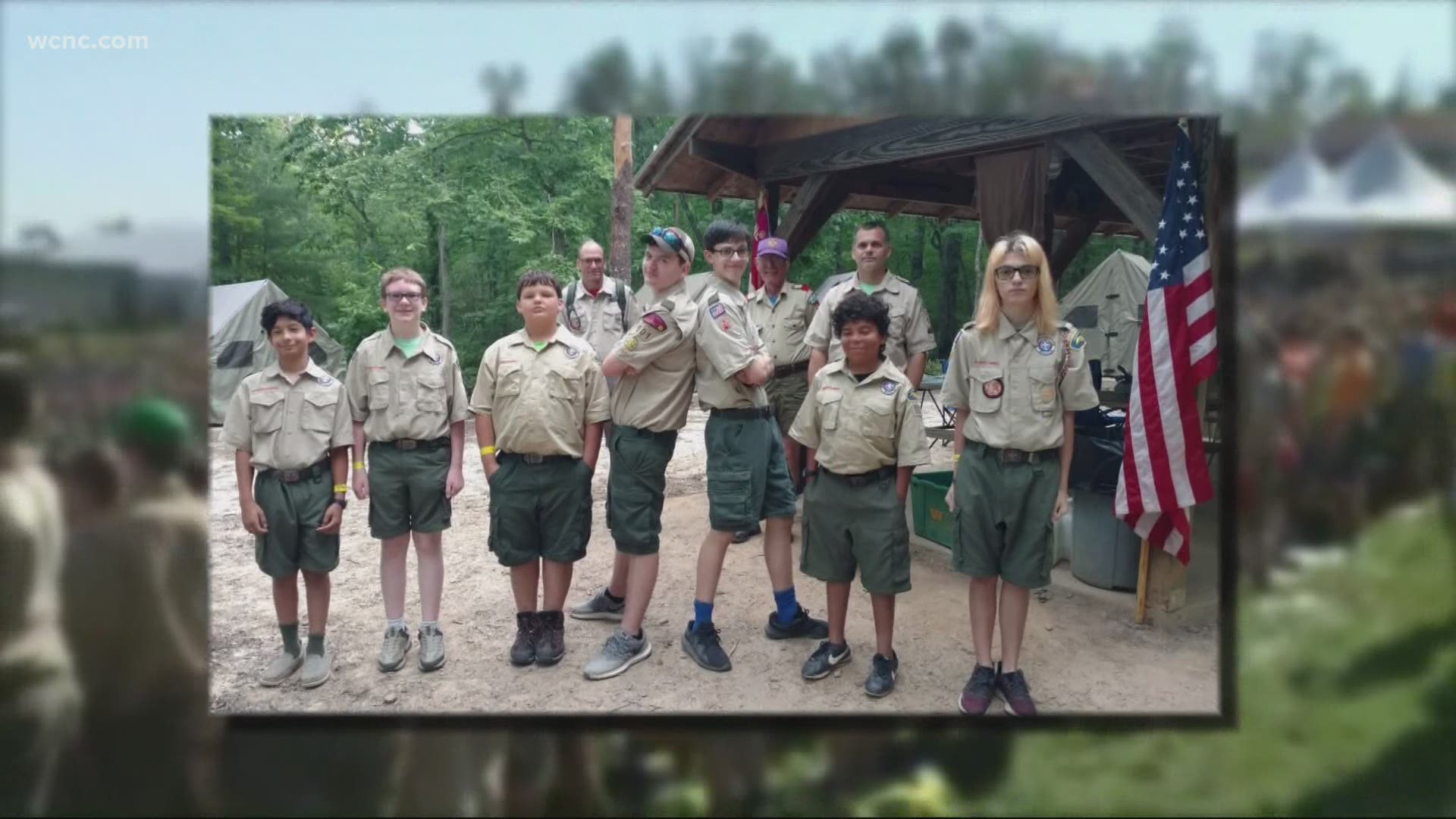 GASTONIA, N.C. — Members of Boy Scout Troop 501 in Gastonia were alerted to a startling surprise last week when they learned someone stole their trailer and thousands of dollars worth of camping equipment inside.

The trailer would typically be found locked up outside the scout hut at New Hope Presbyterian Church. Yet somehow a suspected theft managed to break those locks and take off with the trailer and everything that was in it including tents, tarps, lanterns and a portable kitchen.

“I just couldn’t believe that someone would stoop low enough to steal a trailer from the Boy Scouts and then my thoughts went to how will this impact our activities with our boys and our camping events in the coming months,” Troop 501 Scoutmaster Ben Bonds said.

He said when the scouts found out about the theft many were disappointed, some even angry. Now without the trailer and camping equipment worth nearly $3,000, the troop must consider alternative options like backpack camping trips instead.

But luckily, the troop also has support from plenty of many others hoping to help.

“There has been a tremendous outreach from fellow Scouters, other scout troops,” Bonds said.

Some Gastonia-area businesses are also offering to collect donations.

So far, Gastonia Police have not yet released any information about arrests or potential suspects.