It's unclear if the tornado was the same one that hit Cherokee and York counties in South Carolina or a separate tornado. 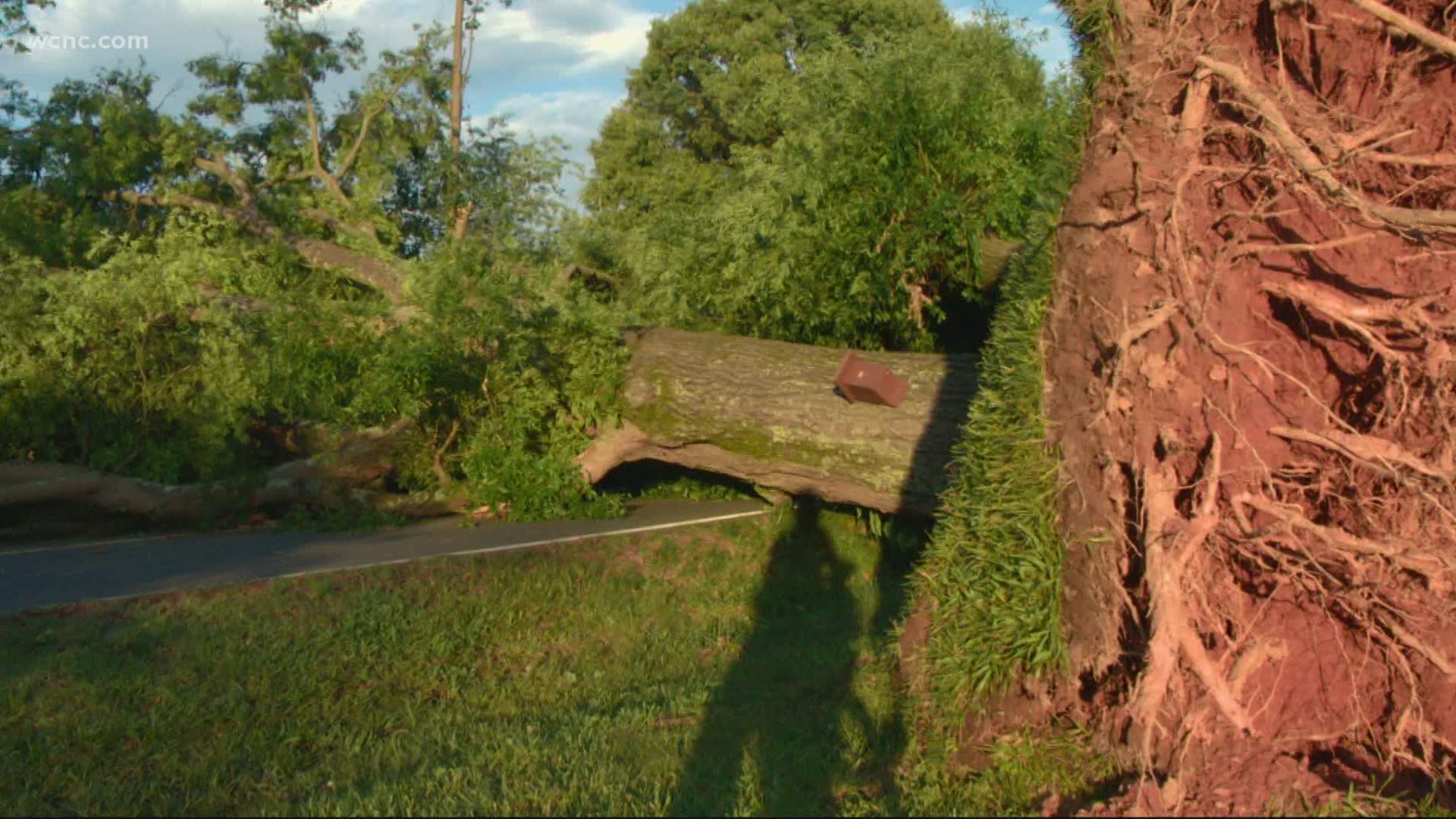 GASTON, N.C. — The National Weather Service confirmed that an EF0 tornado touched down in southern Gaston County during Friday's severe weather outbreak that killed two people in the Charlotte area.

According to NWS, a survey crew found tornado damage in the area near Crowders Creek Road near Sparrow Spring Road that continued across Ferguson Ridge Road, Highway 321 and Robinson Road before ending near the Gastonia airport.

It's unclear if this tornado was part of the confirmed tornado that touched down in Cherokee and York counties in South Carolina or a separate tornado. National Weather Service estimates the tornado happened at 3:43 pm. and left an 8.7 mile path that was roughly 100 yards wide. No injuries or deaths were reported with this storm.

Two people died and another was seriously injured after trees fell in the Charlotte area. A 57-year-old Lancaster County man was killed when a tree and utility pole were knocked onto his truck during the outbreak.

RELATED: One injured after an officer-involved shooting in Rowan County