The GBI identified the man killed as 36-year-old Terrell Gas of Lithonia. 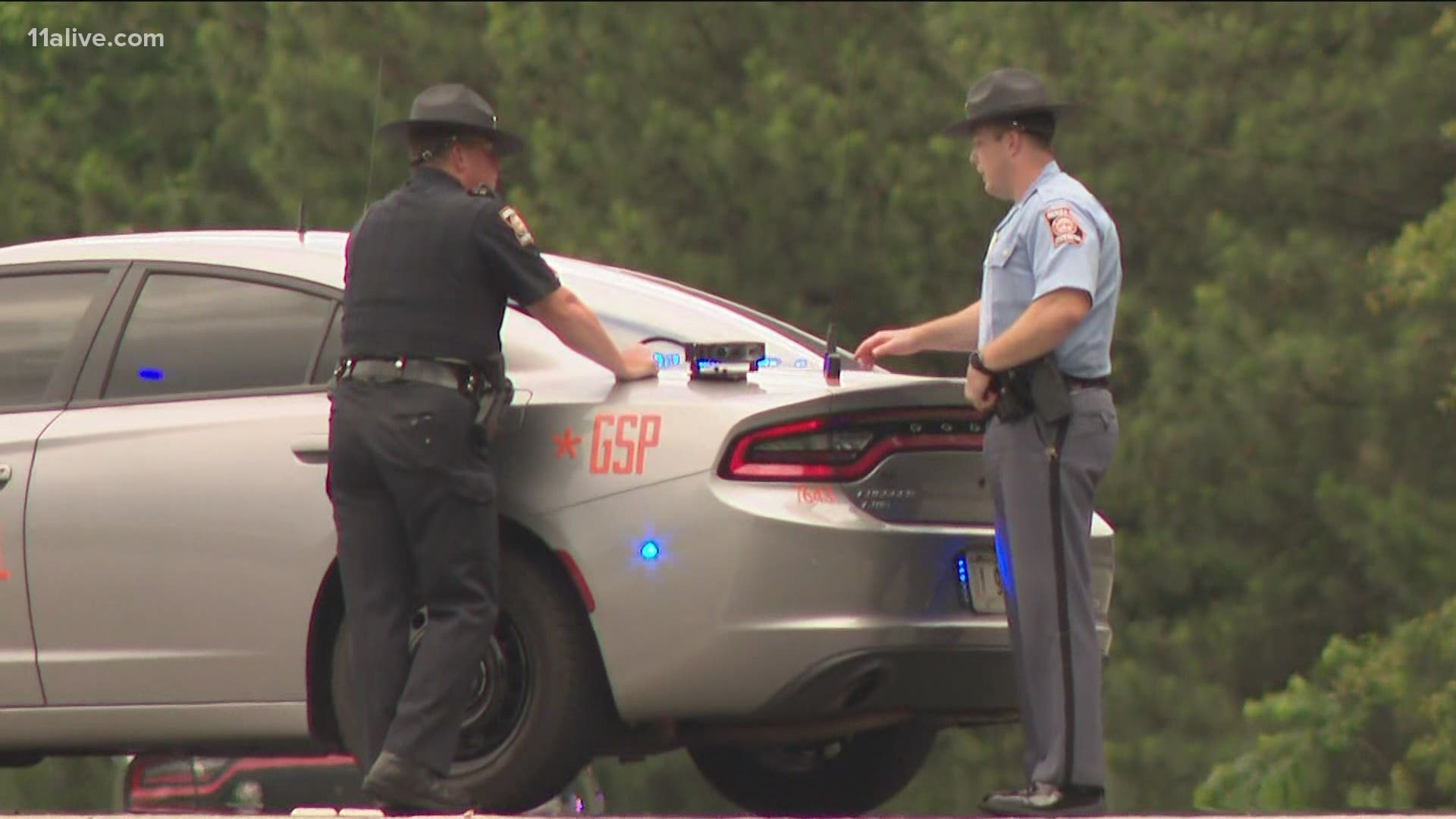 COLLEGE PARK, Ga. — A DeKalb County murder suspect is dead following a chase with Georgia troopers, according to the Georgia Bureau of Investigation.

The Georgia State Patrol called the GBI to respond to the scene Wednesday afternoon, which was off of I-285 on Old National Highway just south of the Hartsfield-Jackson Atlanta International Airport.

GBI identified the man killed as 36-year-old Terrell Gas of Lithonia. Law enforcement attempted to make a traffic stop after locating him at a College Park apartment complex. However, they said Gas ran.

Georgia State Patrol said a trooper chased the suspect in the area and shots were exchanged at some point during the encounter.

During the pursuit, the GBI said Gas' vehicle went down an embankment near Old National Highway at the entrance ramp to I-85 north in Fulton County.

The suspect got out of the car with a gun, according to GBI. That's when troopers discharged their weapons, striking Gas.

11Alive SkyTracker flew over the scene. Crime scene tape and several law enforcement officers were standing in the roadway next to their cruisers where the road was blocked off. The entrance ramp was closed as the investigation took place.

Gas was taken to the hospital where he died. One trooper suffered an injury, which was described by the GBI as non-life-threatening.

The GBI is investigating an officer involved shooting right near the airport. The crime scene vehicle just pulled up and the exit ramp where it happened it closed. We are standing on 285E waiting for more info. #11Alive pic.twitter.com/ruB3IXcnpo

DeKalb County officers, who said they were not involved in the chase, said the suspect was wanted in connection with a deadly shooting that happened on June 8. Two women were shot and one of the victims died.

Warrants had been issued for murder and aggravated assault. DeKalb Police said victim who survived Tuesday's shooting is still in the hospital. Their investigation is also still ongoing.

The GBI is investigating an officer involved shooting incident with the Georgia State Patrol and Terrell Gas, 36, of Lithonia.  Gas was wanted for murder & aggravated assault stemming from an incident in DeKalb County yesterday. Gas died in this incident. (1/2) pic.twitter.com/75Siw1GUHd