The Minneapolis death of George Floyd has led to protests around the world, as many have made it into a larger movement on social justice. 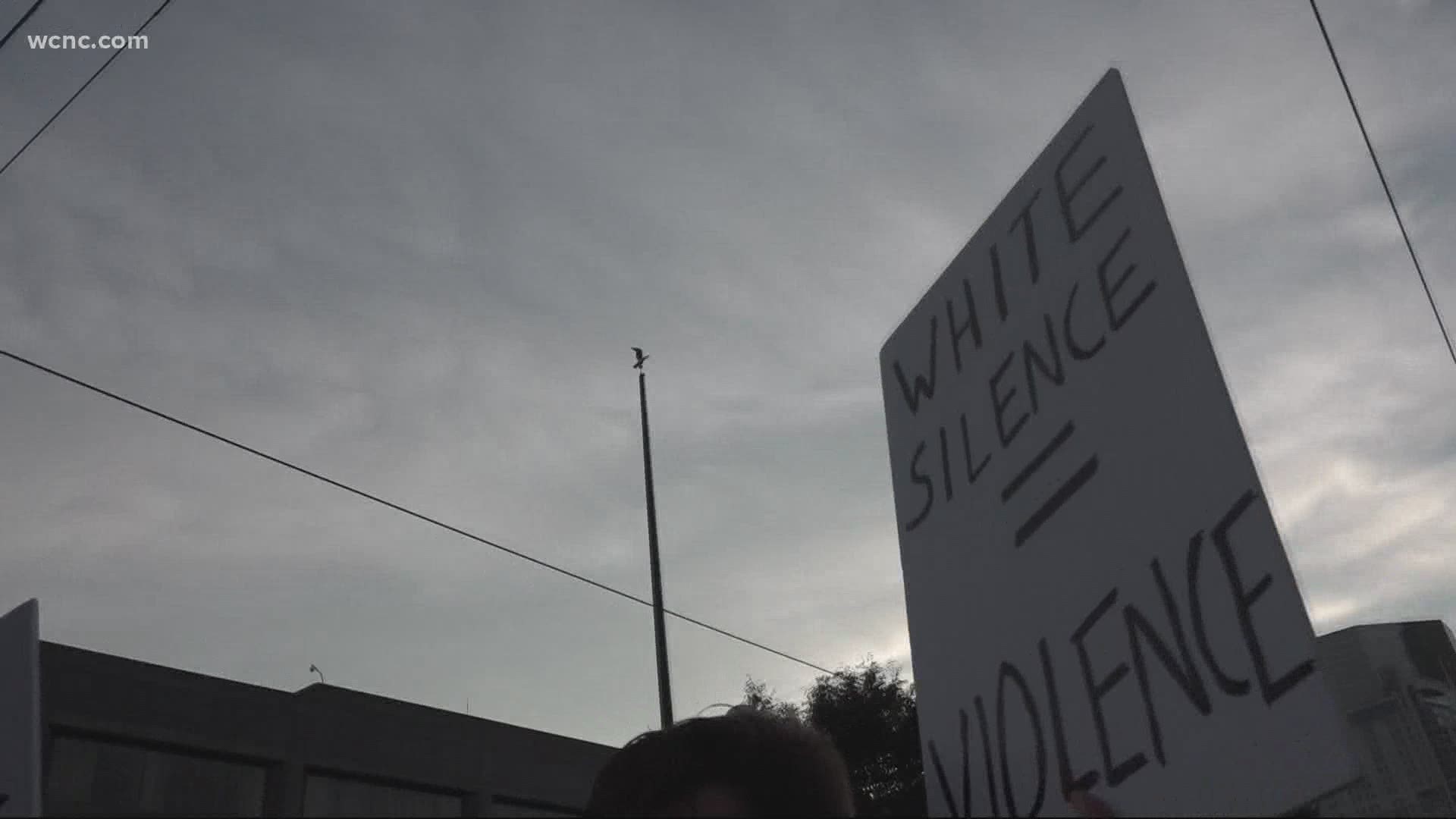 CHARLOTTE, N.C. — Saturday afternoon, a memorial was held for George Floyd in Hoke County, North Carolina, nearly two weeks after Floyd's death at the hands of police in Minneapolis.

Hours away in Charlotte, several peaceful protests were held across the Queen City in response to his death and as a part of the larger social justice movement that has followed.

It marks the 9th day of protests in Charlotte following the death of George Floyd.

As the day went on, some protesters gathered in uptown Charlotte. The Charlotte-Mecklenburg Police Department tweeted at 9 p.m. that protesters had gathered on Queens Road.

After multiple peaceful protests or marches around the Charlotte area during the day Saturday, a group of protesters has peacefully gathered on Queens Road to continue demonstrations. It's not known if any were at earlier protests.

CMPD is there, and officers are escorting the group of protesters.

What followed was a largely peaceful night of protests, with hardly any tweets from CMPD compared to previous days.

At one point, around 10:30 p.m., a smaller group of protesters was seen marching and biking on Stonewall, right in the middle of the street. The group shouted, "Say her name: Breonna Taylor."

The predominant chant of that moment: "We want change."

Protesters spent a good portion of the night policing themselves, WCNC Charlotte's Lexi Wilson reports. Some protesters were on bikes making sure peace was kept.

As of 11:45 p.m. Saturday, CMPD had not announced the use of any tear gas or dispersal order, and if any arrests have been made in connection to the protests, they have not been announced.