Artists and community members are coming together to paint a new picture while showing their support for George Floyd and the Black Lives Matter movement. 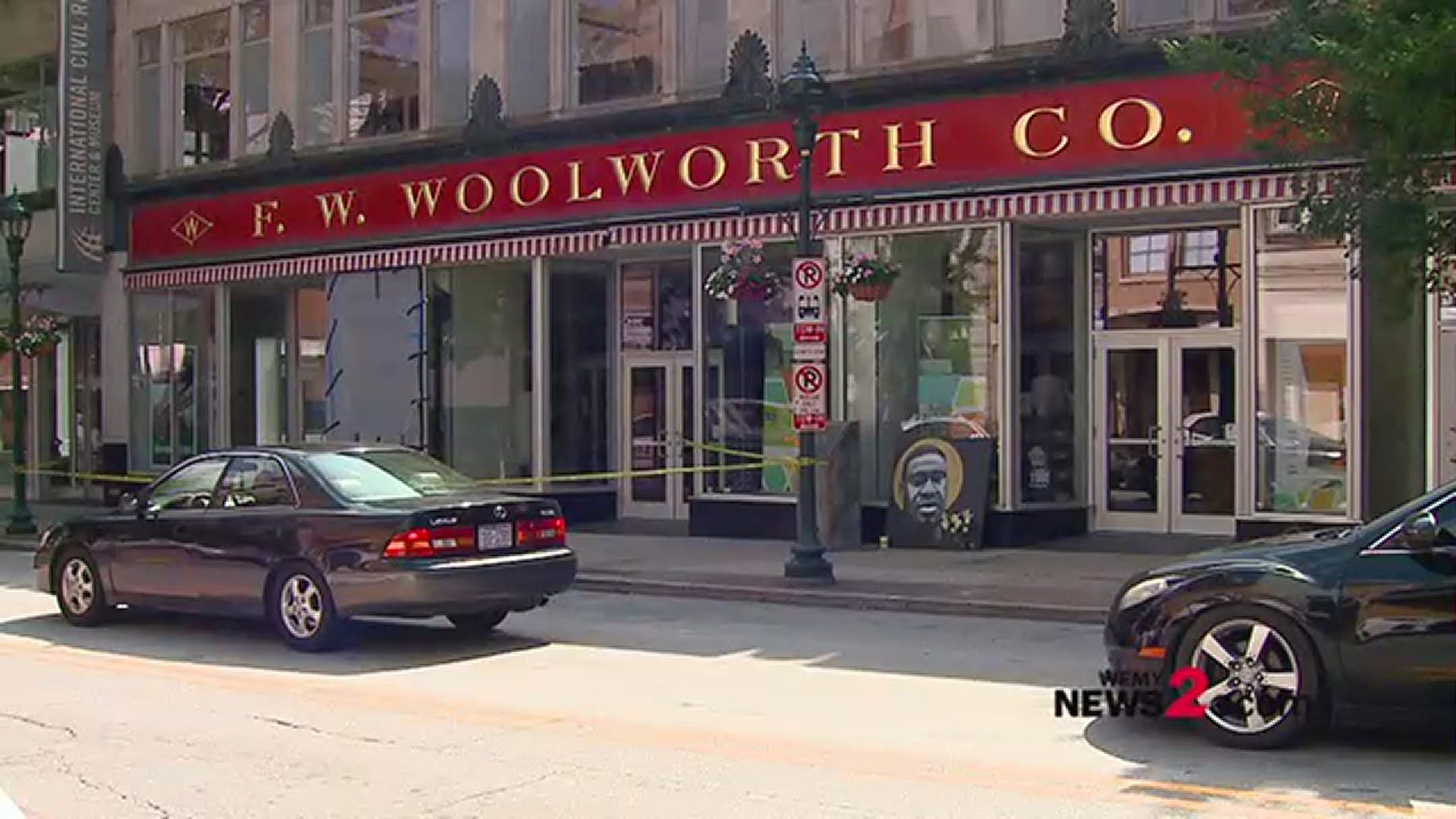 GREENSBORO, N.C. — Days of protest ended with damage in downtown Greensboro. It tells the story of heartache, community, and of healing.

Artists and community members are coming together to paint a new picture while showing their support for George Floyd and the Black Lives Matter movement and their message.

Even though windows are broken and wooden boards are in their place, colors of unity are appearing for all to see in the downtown area.

Credit: WFMY News 2
Businesses boarded up downtown show signs of solidarity and support. This is outside Crop Salon on South Elm.

Hearts replace hate and give way to love and a new day.

People are honoring the life of George Floyd through artwork. This mural of Floyd's portrait is at Crafted: The Art of the Taco.

On the windows beside it, three fists are painted on the backdrop of colorful flowers, showing a sign of unity.

Credit: WFMY
Symbols of hope and unity are everywhere in downtown Greensboro as George Floyd demonstrations continue across the country.

Downtown Elm Street is already historic. The International Civil Rights Center and Museum serve as a beacon of light and hope.

On Feb. 1, 1960, Jibreel Khazan (formerly Ezell Blair Jr.), Franklin McCain, Joseph McNeil and David Richmond – known collectively as the A&T Four – sat in at the whites-only lunch counter at Woolworth's in downtown Greensboro. They refused to leave when denied service and stayed until the store closed. The bold act led to a sit-in movement and forced dining facilities across the South to integrate by the summer of 1960. Woolworth's was desegregated by the end of July 1960.

Even though a window was shattered at the museum and police still don’t know who’s responsible, the message is still the same. Each night groups of protesters have convened in front of it pausing to reflect and remember the sacrifice of so many.

Now sitting in front of that museum, a portrait of George Floyd.

Credit: WFMY News 2
Portrait of George Floyd outside of the International Civil Rights Center and Museum.

While nights of tense protests continued the daylight brings new light and hope for all.

RELATED: What we know about the four protesters arrested in Greensboro

RELATED: Fourth night of protests in the Triad, Greensboro and High Point remain under curfew

RELATED: ‘No justice, no peace’ | Demonstrations take over downtown Greensboro after death of George Floyd