What's next for Derek Chauvin after guilty verdict?

Derek Chauvin faces 40 years in prison for the murder of George Floyd. His defense is expected to appeal his conviction. 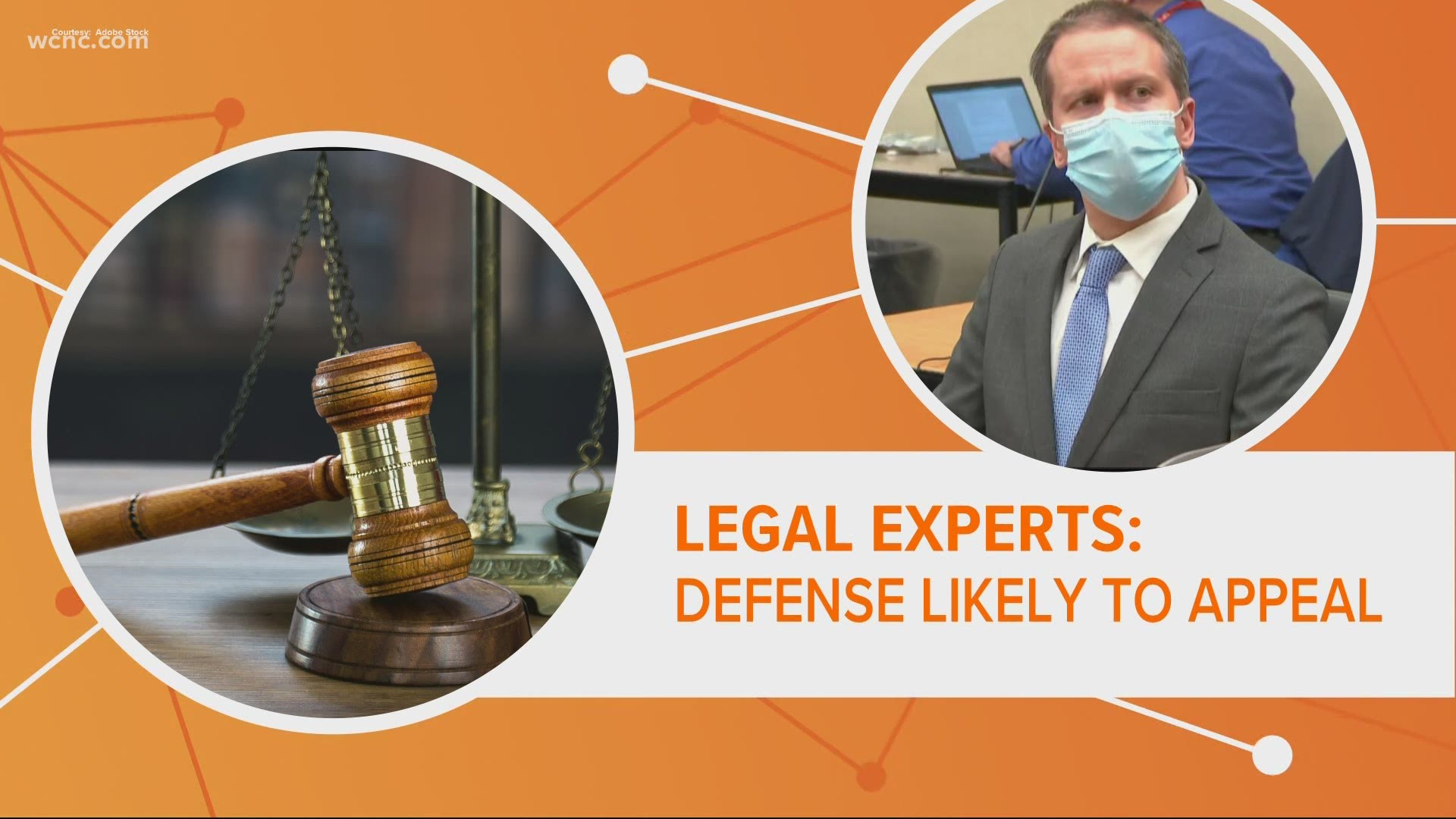 But there's a good chance his legal team will be getting right back to work. Legal experts say the defense will undoubtedly appeal the guilty verdict.

Chauvin's team is expected to bring up a couple of things, mainly the public nature of the trial. The defense has taken issue with statements from Congresswoman Maxine Waters. This weekend, she called on protesters to "stay on the streets" and "get more confrontational" with officers. Chauvin's defense could make the argument that put undue pressure or influence on the jury to convict him.

RELATED: What are the possible outcomes in the Derek Chauvin trial?

It's also likely the defense will bring up the deadly police shooting of Daunte Wright in Brooklyn Center, Minnesota. Because the judge declined to sequester the jurors, legal experts also say the defense could argue the jury knew too much before the trial.

RELATED: VERIFY: What's next for sentencing of Derek Chauvin, and what the maximum penalty could be

However, most legal experts don't expect the verdict to be overturned.