'I ask about him all the time' | George Floyd's daughter, family members speak at Derek Chauvin sentencing

At Chauvin's sentencing hearing for the murder of George Floyd, family members gave emotional impact statements about loss and trauma they live with. 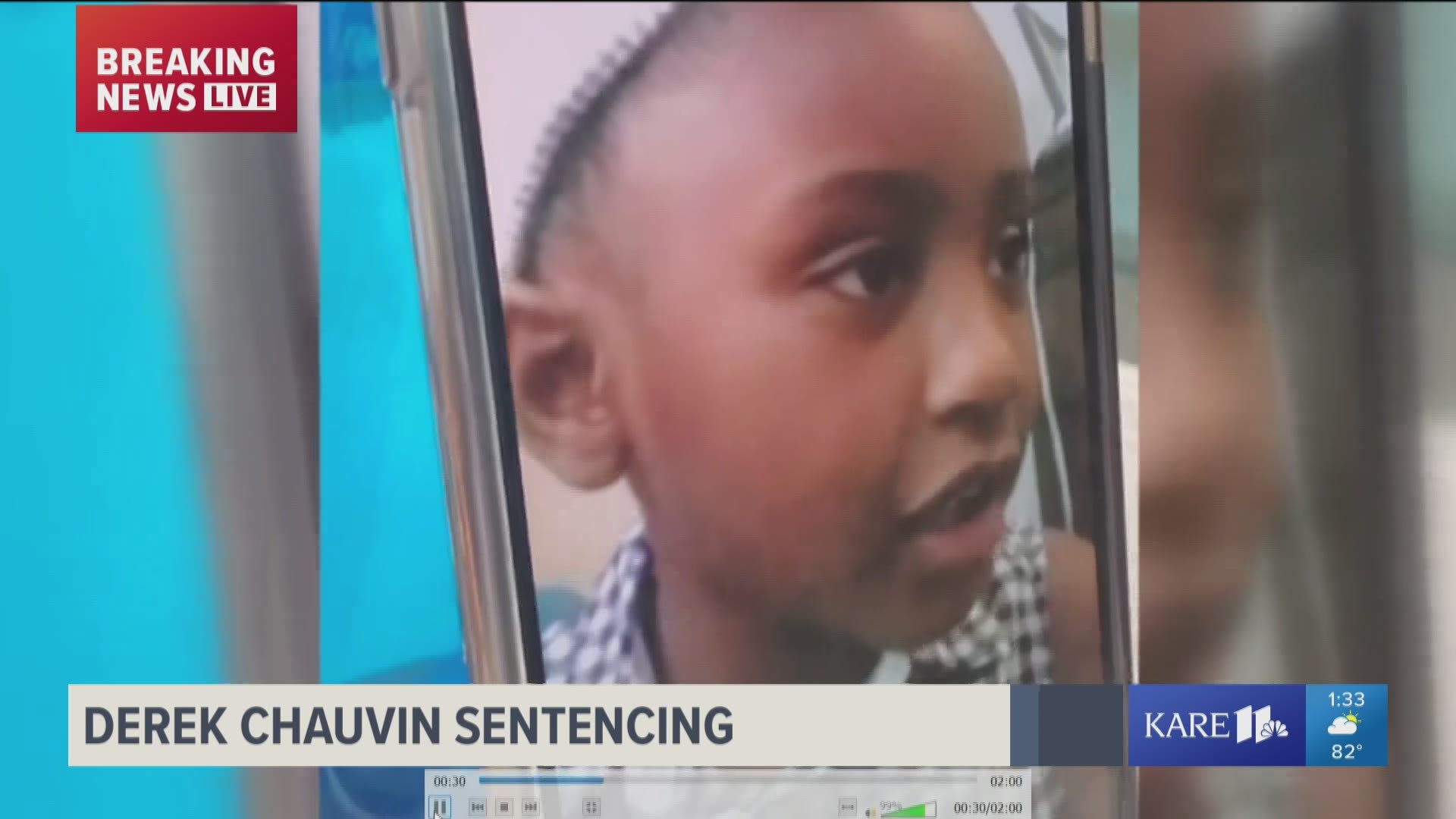 MINNEAPOLIS — Months after Derek Chauvin was convicted of murder, his sentencing hearing Friday brought him face-to-face with members of George Floyd's family.

Bystander video shared around the world in May of 2020 showed Chauvin, who was at the time a Minneapolis police officer, kneeling on Floyd's neck for over 9 minutes. A jury found Chauvin guilty in April of second-degree murder, third-degree murder and second-degree manslaughter.

Months after the jury came forward with their verdict, Chauvin - and the family of the man he was convicted of murdering - found themselves in court once more for a sentencing hearing.

Four of Floyd's family members, including his 7-year-old daughter Gianna Floyd, gave statements about the trauma and impact of their loss.

MORE: Derek Chauvin to be sentenced Friday in murder of George Floyd

"I ask about him all the time," Gianna Floyd said in a video played before the court. She said she asks, "How did my dad get hurt?"

In the video, Gianna was asked if she wishes her dad was still here.

The 7-year-old said if she could speak with her dad again, she would tell him "I miss you and I love you."

Other family members were in the courtroom to speak in person.

"George's life matters," said Floyd's brother Philonise. "My niece Gianna, she needs closure... My family and I, we've been given a life sentence; we will never get George back."

In his tearful statement Philonise Floyd described the trauma he has endured since his brother's death.

"Every day I have begged for justice to be served, reliving the execution of George," he said. "I haven't had a real night's sleep because of the nightmares I constantly have, hearing my brother beg and plead for his life over and over again. I have had to sit through each day of officer Derek Chauvin's trial and watch the video of George dying for hours over and over again. For an entire year I had to relive George being tortured to death."

Floyd's other brother Terrence asked Chauvin what was going through his head that fateful day.

"I just... over this last year and months, I actually talked to a few people and I wanted to know from the man himself - why? What were you thinking? What was going through your head when you had your knee on my brother's neck?"

Terrence said his brother was handcuffed and couldn't get up.

"Why did you stay there?" he asked.

"We don't want any more slaps on the wrist," Terrence Floyd said. "We've seen enough of that already."

"Chauvin killed George," Floyd's nephew Brandon Williams said in his impact statement. "Not only did he kill George, but he also displayed a total lack of consideration for human life as he did so. You saw it, I saw it, and millions of people across the country and the globe witnessed the act of hate."