'God always gives me the strength': George Floyd's sister reflects on one year since his murder 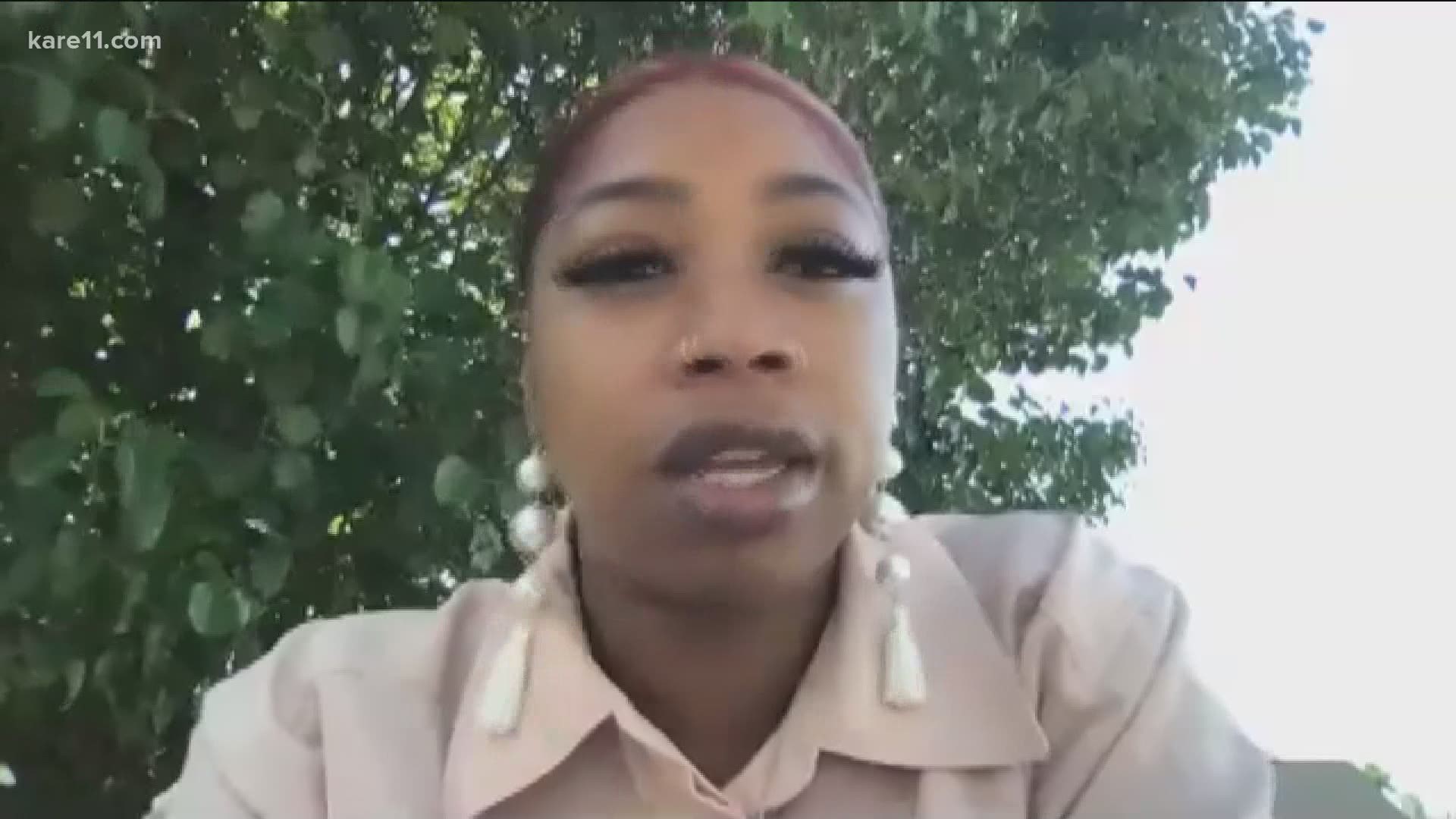 MINNEAPOLIS — George Floyd's family is preparing to mark the one-year anniversary of his murder with a series of events in Minneapolis.

Bridgett Floyd, George's sister, addressed the media Thursday morning to share her thoughts on the upcoming May 25 milestone.

"It's getting real close to the day," she said. "And I feel like as close as the days come I get a little stronger than I was last year, and that's because I have been through so much in this last year. I have no choice but to be strong and carry this weight, and carry this position that God has put me in. Because I didn't see it coming, none of us did."

Bridgett Floyd is the founder of the George Floyd Memorial Foundation, which is planning several events in Minneapolis May 23-25 to commemorate Floyd's death. The schedule of events is available online and includes a rally May 23, a virtual day of action May 24, and a Celebration of Life May 25 in downtown Minneapolis.

Bridgett Floyd said the foundation plans to commemorate her brother's death in a "very, very special way," and they want the community to join.

"While they are visiting the place where my brother took his last breath I hope they are realizing that that will be a special place forever," she said.

Bridgett Floyd said the anniversary feels like it came quickly.

"We really thought my brother's death would be the last police brutality case," she said. "But as we all can see, they are at it again and again and again."

She said she has faith that the George Floyd Justice in Policing Act will be passed, and signed by the president.

"These police officers need to be held accountable for their actions," Floyd said. "So they can know that when they break the law, when they take a loved one from someone, they'll think twice about it."

RELATED: What can pass and what will sink from President Biden's agenda

Floyd said her faith is what has gotten her through the last year.

"I always put God first in everything I do," she said. "Without him I am nothing. God always gives me the strength to carry - he put me in this position. And oftentimes I want to ask, 'Why me?' But they say you're never supposed to question God. So maybe he saw a weakness in me and he made it my strength. That's how I see it."

Floyd said she is motivated to continue her work by the memory of her brother, and by her children.

"I continue day-to-day fighting, being this voice for my brother," she said. "Because ... I know for a fact, he would do it for his little sister. And I think about that over and over in my mind."

Jacari Harris, executive director of the foundation, said the theme of the anniversary plan is "One year. What's changed?"

"Around this time last year George Floyd was murdered in broad daylight," he said. "The family of George Floyd have endured a lot of pain, hurt and tragedy, but also we've been able to receive some triumph."

"It is time to continue the legacy of George Floyd," he said.

However, he commented that the George Floyd Justice in Policing Act has not been passed, and that the foundation would like to see more corporations put their money into the fight.

"Many things have not changed," he said. "That is why Bridgett Floyd started the George Floyd Memorial Foundation, because we will be the change that we want to see."