The bill was sponsored by five female Democratic representatives 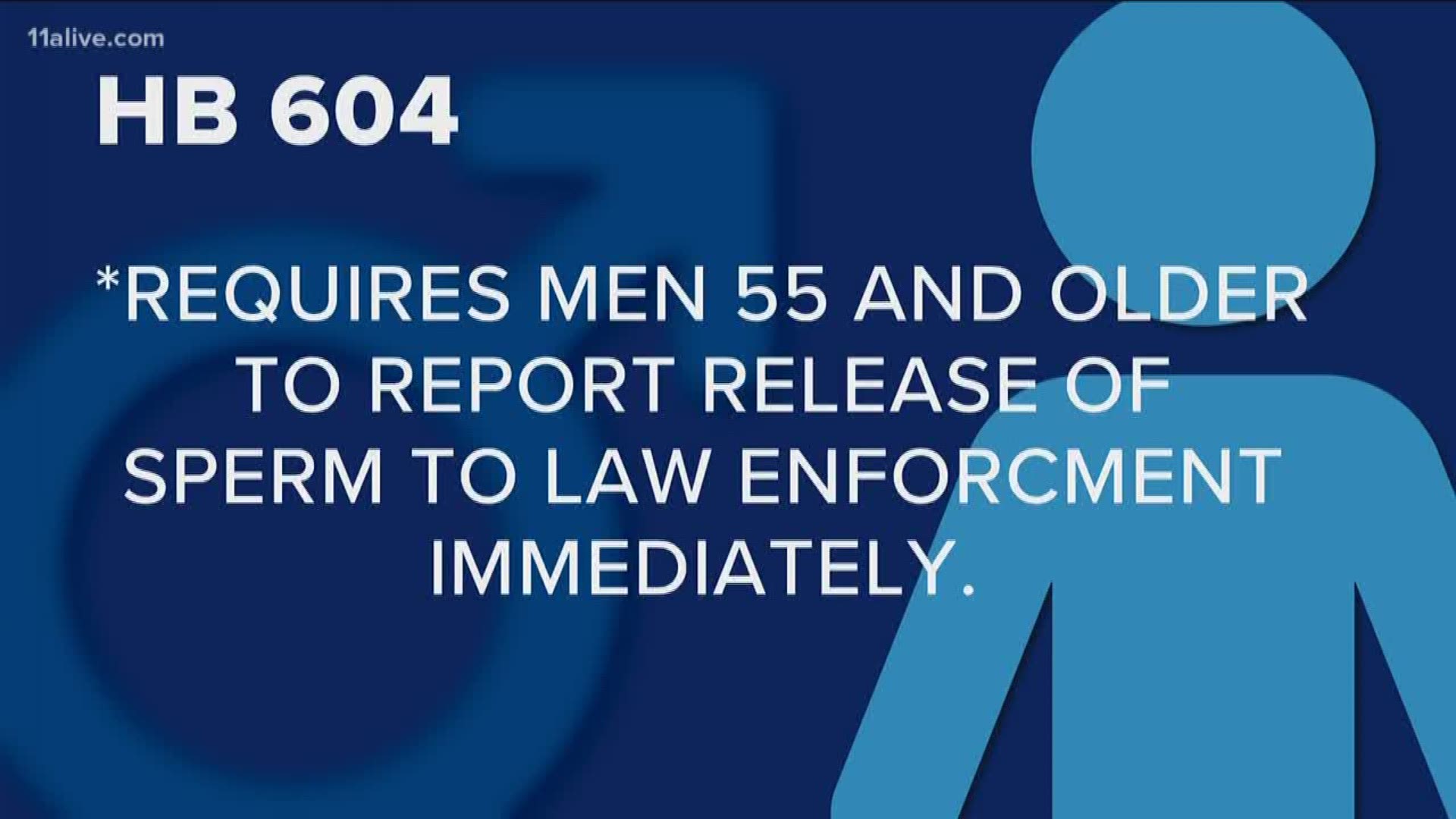 ATLANTA — A two-line proposed bill would require men to report "certain events" of a sexual nature to law enforcement.

HB 604 would amend Chapter 1 of Title 35 of the Official Code of Georgia so that "any male 55 years of age or older shall immediately report to the county sheriff or local law enforcement agency when such male releases sperm from his testicles."

Kendrick made waves online after she tweeted she intended to introduce a "testicular bill of rights" that would seek to regulate male sex organs. It was in response to the House's passage of HB 481, dubbed the "heartbeat abortion bill," that would ban abortion after a fetal heartbeat is detected - usually at around 6 weeks.

Kendrick told Rolling Stone she's aware that her measure has little chance of passing (it's already past the deadline for submitting new legislation), but she said it is meant to call attention to the "absurd" double standard women are being held to.

According to the House website, HB 604 was introduced by Reps. Park Cannon (D-Atlanta), Renitta Shannon (D-Decatur), Donna McLeod (D-Lawrenceville), Sandra Scott (D-Rex) and Kendrick March 11. It does not appear to have been assigned to a House committee at this time.

11Alive has reached out the representatives for further comment on the bill, and whether this measure is related to the "testicular bill of rights."