Governor Roy Cooper said 450 members of the National Guard were activated to assist cities, including Raleigh and Charlotte. 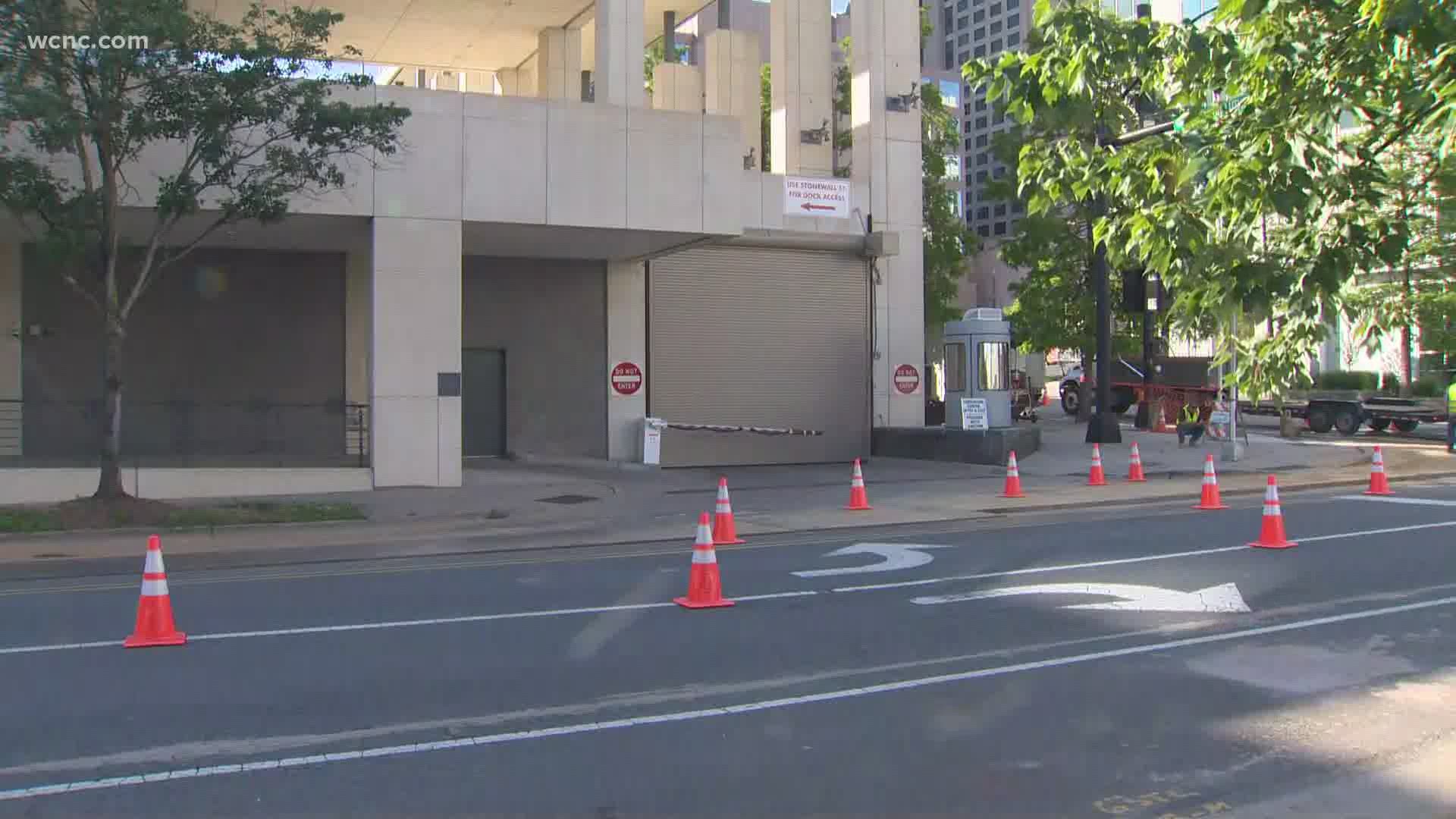 CHARLOTTE, N.C. — Charlotte and North Carolina leaders are calling for peace as protests continue throughout the state following the Minneapolis death of George Floyd.

For a third day, protesters gathered around Charlotte to demonstrate after Floyd's death. Protestors gathered peacefully in Charlotte, then both Friday and Saturday night, protesters began clashing with Charlotte Mecklenburg Police Department officers.

North Carolina Governor Roy Cooper held a press conference Sunday afternoon to address the protests in Charlotte and across the state.

At the press conference, he confirmed 450 members of the National Guard had been activated to assist cities, including Raleigh and Charlotte

The City of Charlotte posted on social media that there are no plans to deploy the National Guard in response to demonstrations and that the National Gaurd is specifically in Charlotte to assist with COVID-19 response.

WCNC Charlotte has reached out to the City of Charlotte government for clarification on the governor's comment.

He said he worries that as many protests have turned violent — ending with arrests, injuries, and damaged buildings — the "cry of the people is being drowned out by the noise of riots."

That being said, Governor Cooper also stressed the importance of remembering why people have taken to the street in protests.

"Let me clear about one thing, people are more important than property," Governor Cooper said. "Black lives do matter."

RELATED: Violent protests over police killings rage on in dozens of US cities

Sunday, some Charlotte city leaders met and listened to activists at a faith-based gathering in Charlotte.

"Today we had the opportunity to come out for a faith-based gathering about the terrible hurt and frustration we've had as a result of George Floyd's death and how it has manifested itself in Charlotte," Charlotte Mayor Vi Lyles said in a video posted to Twitter.

Mayor Lyles said the message of the day was that the community needs to forgive and repent.

City Council Member Larken Egleston said they wanted to make sure they were able to offer the community support to let people know they are heard. Mayor Pro Tem Julie Eislet said she knows people have been at home for a long time due to COVID-19, and are feeling a lot of pain.

She acknowledged the need to gather safely to support one another.

"What's happened the past couple nights are not isolated, the work continues, it's got to continue," Eislet said. "More people need to listen, we need to listen and we need to be able to react to what people are asking us to do."