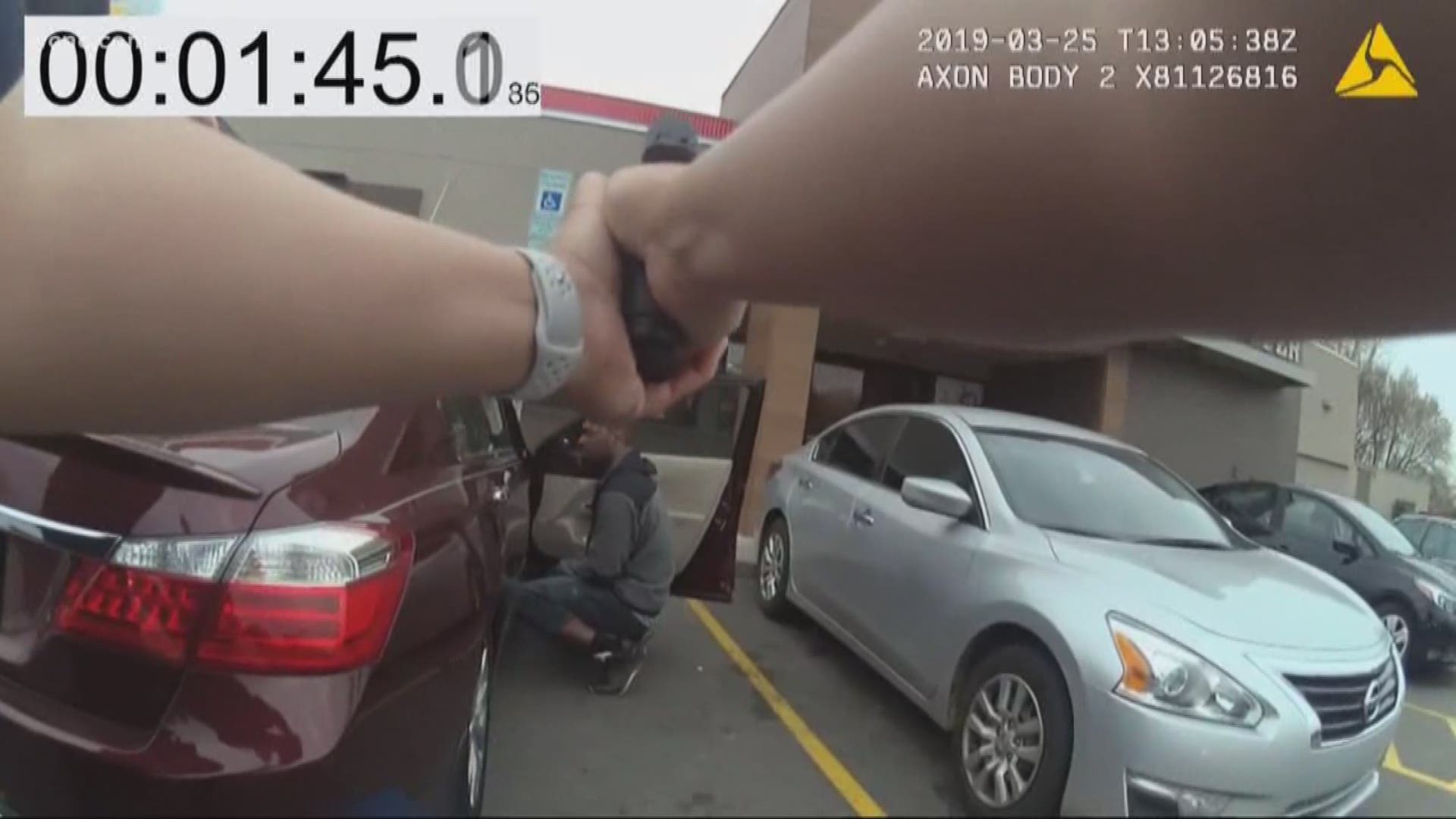 Editor's note: Out of respect for the Franklin family, NBC Charlotte has elected not to show the aftermath of Danquirs Franklin's death. NBC Charlotte has paused the video before police fire the first shot, but the real-time audio continues to play.

The full body camera video of the deadly officer-involved shooting of Danquirs Franklin was released by Charlotte-Mecklenburg Police at 5 p.m. Wednesday.

Officer Wende Kerl shot Franklin outside Burger King on Beatties Ford Road off I-85 last month after ordering him to drop his weapon.

NBC Charlotte petitioned a judge to release footage of the shooting, but media only received two minutes of the video earlier this month. CMPD maintained the video release "exceeded" our request.

However, amid mounting pressure from the community, and the revelation that city council was able to view all the footage, Chief Kerr Putney later said he was open to releasing the entire 11-minute video.

NBC Charlotte went back to court on Tuesday where a judge ordered the all of the footage be made public.

The extended video showed what happened after Officer Kerl shot Franklin. She called for Medic as well as backup seconds after firing her gun. Then she addressed the body camera.

“Do not turn off; are you on? Okay, it’s alright. I’ve been on the whole time,” said Kerl.

Kerl then explained to the other officer why she shot Franklin.

It’s still unclear whether officers checked on Franklin and administered first aid immediately after the shooting. In the video, Officer Kerl said she was removing the gun from underneath Franklin, but then no other officer bends in his direction until almost two minutes later.

At that point, it’s not clear whether the officer attempted to render aid or was talking to the person in the car.

When another officer asked about getting people out of the parking lot, Kerl asked about possible witnesses.

“I don’t know who’s a witness. All I know is I shot because he had the gun in his hand," she said.

Medic arrived on the scene less than four minutes after the shooting.

“I haven’t touched him yet. I shot him, so I didn’t, I didn’t, I had to get the gun from underneath him first. I wanted to see him with the gun," Kerl said.

Once paramedics started attending to Franklin, Kerl was escorted to her cruiser to sit down.

Kerl then laid her head down on the steering wheel.

Another officer began to reassure Kerl.

"You're sitting here talking, right? You got kids at home, right? You're going to see them this evening, right?"

"That's what matters," the officer said.

About thirty seconds later, Kerl asked if Franklin was alive. A minute later, she called her husband.

The video ended after a sergeant arrived on the scene and gave Kerl permission to turn off her body camera. 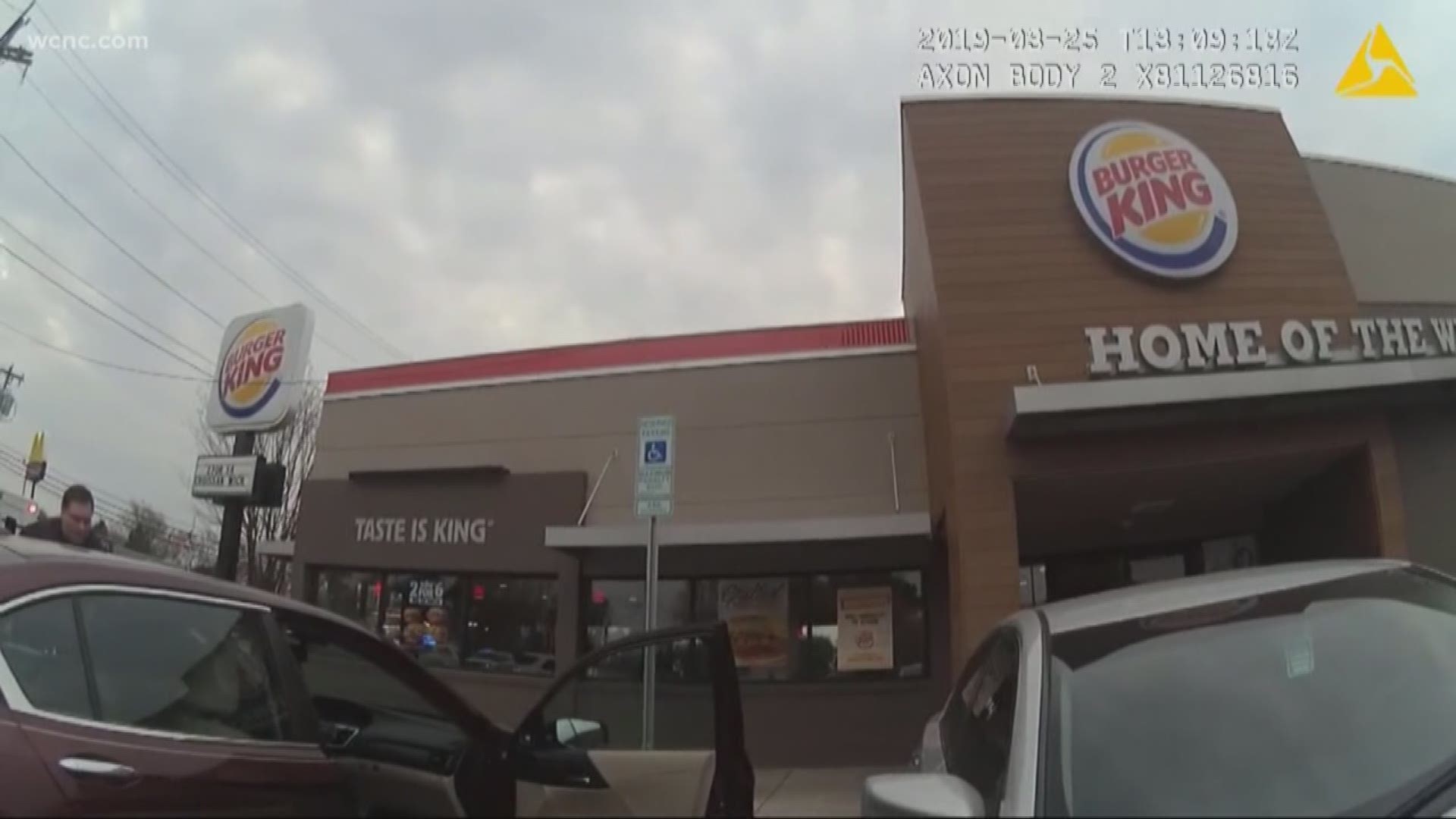 Chief Putney has made it clear all officers are expected to render aid, and they all have at least basic first aid training. He said they will be reforming first aid policies and may consider having Medic and fire on standby in these situations.

"Our job is to get better. What cannot be more disheartening is watching a video, and we see a lot of them, and it appears that but for training we could have rendered more aid," said Chief Putney. "I can tell you the specific video of Mr. Franklin is a good example."