An infant was beaten to death. Her mother, boyfriend now charged with first-degree murder

The investigation into the case began in March as police investigated a report of missing 6-month-old, Nevaeh Smith. 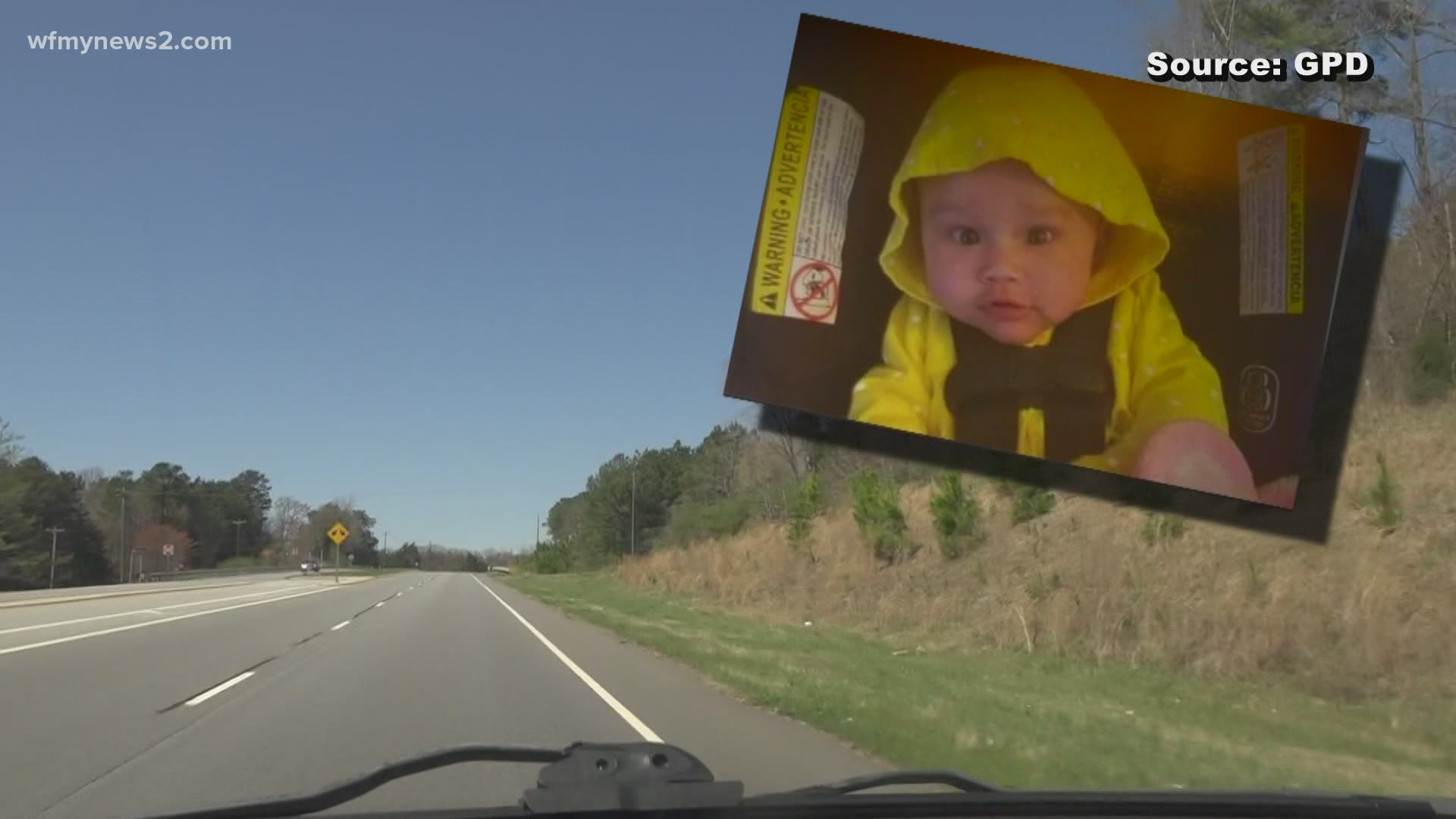 GREENSBORO, N.C. — Editor's note: This story contains details that may be disturbing to some readers.

Court documents delved into more details. Arrest warrants indicated that the child's mother, Deneshia Lerhae Murray and Jalen Maurice Wall, "unlawfully, willfully and intentionally concealed the death of Nevaeh Smith, failed to notify a law enforcement authority of her death, and did secretly bury/dispose of Smith after her death."

The body of the child has not been located, GPD investigators said.

On March 24, Murray was arrested and charged with felony conceal /fail report death of a child. Murray received a $10,000 bond and was taken to the Guilford County Jail.

RELATED: 2 arrested for concealing, failing to report death of 6-month-old in Greensboro

A day later, Murray posted bond and was released from custody. Her next court date is April 26.

Her secured bond paperwork shed more light on the crime in question. The following prompts were answered by officers:

1. Nature and circumstances of the offense(s) charged:

"The mother alleged her boyfriend killed her child. They drove to California and left the baby on the side of the road. Did not report since December 20."

2. The weight of evidence against the defendant:

"Tells officers she cannot remember where they left the dead baby."

3. The defendant's degree of intoxication and/or mental condition:

4. The defendant's character, family ties, and length of residence in the community:

"Both live a transient life from car to motel rooms when they have money."

Though officials indicate she lives a transient life, she has a Greensboro address on all of the documents.

As the investigation continued, Wall was arrested on Friday, March 26 for felony conceal /fail report death of a child. He received a bond of $500,000 and is still in the Guilford County jail.

At the time WFMY News 2 obtained arrest warrants it specified that an additional second-degree murder charge was pending for Murray.

Wall's bond documents also revealed more information about the killing of his girlfriend's baby. The following prompts were answered by officials:

1. Nature and circumstances of the offense(s) charged:

2. The weight of the evidence against the defendant:

"The defendant will be receiving second-degree murder charges. He allegedly beat 6-month-old Nevaeh Smith to death and dropped her body out along the highway on the way to Asheville, then left the state for Colorado. High bond requested."

Wall's next court date is set for May 3.

The killing and concealment is believed to have been committed between December 18, 2020, and December 20, 2020.

Greensboro police said they are working with investigators from multiple agencies to locate Nevaeh's remains.

This is an ongoing investigation and detectives are looking for anyone with additional information to contact Greensboro/Guilford Crime Stoppers at 336-373-1000. Citizens can also download the mobile P3tips app for Apple or Android phones to submit a mobile tip, or go to P3tips.com to submit a web tip. All tips to Crime Stoppers are completely anonymous.