If approved, you would end up paying about $6 more a month. Base rates would be raised by 9%. 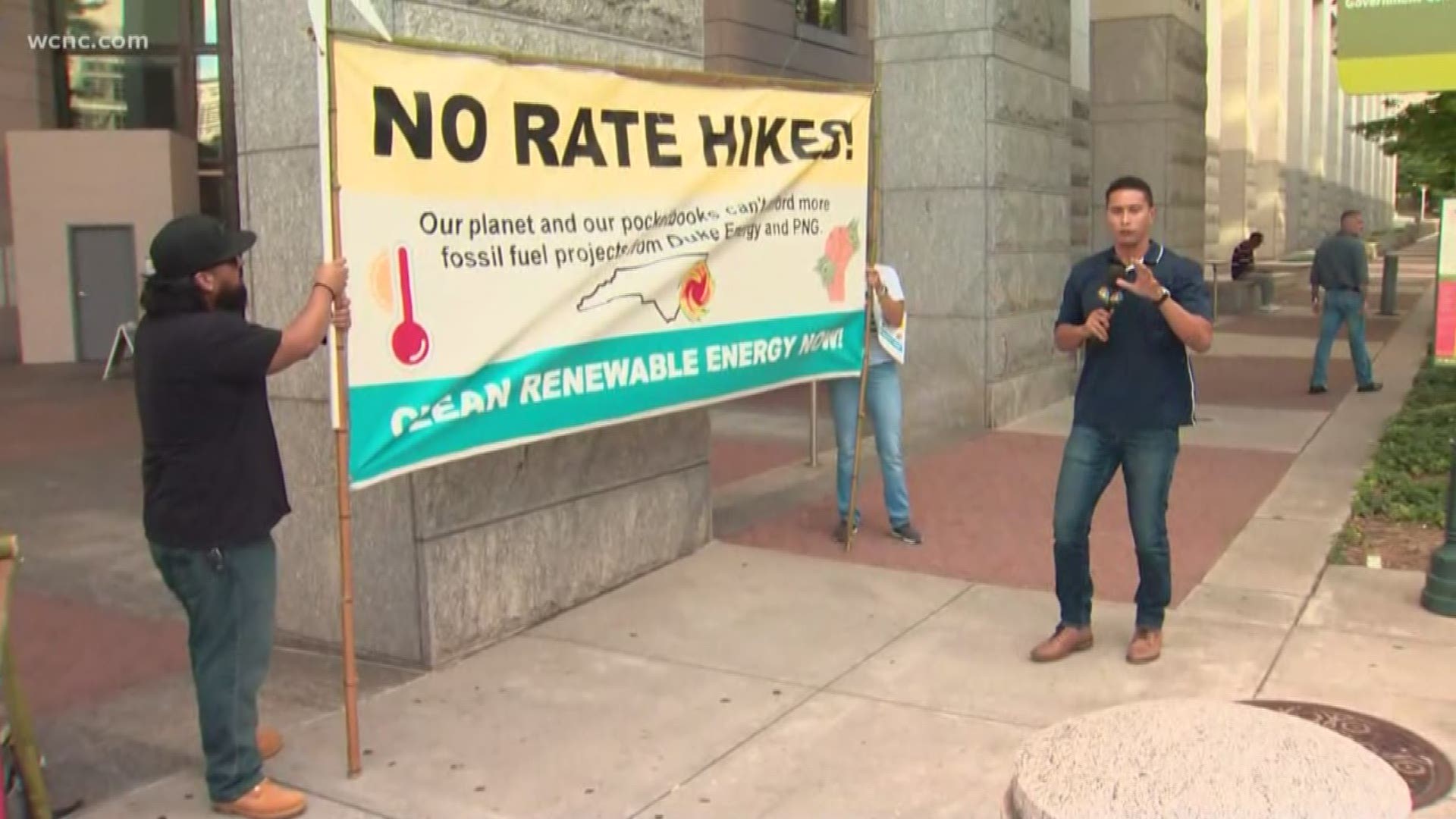 The environmental and social justice groups are against a proposed rate hike that Piedmont is requesting. If approved, you would end up paying about $6 more a month. Base rates would be raised by 9%.

Piedmont says they need the money to expand fossil fuel infrastructure in the region. Protesters say the company should be moving toward renewable energy.

The protest was scheduled for 6 p.m., but people arrived early. Dozens were out there chanting for no rate hike.

One woman drove all the way from Asheville.

"I don't want anyone to pay, and I don't want to pay more money for fossil fuels," she said. "I know that our economy doesn't need them, I know that they're dangerous."

There was a hearing scheduled for 6:30 p.m. by the North Carolina Utilities Commission, which is why protesters arrived well before.