A letter from Attorney General Josh Stein's Office states gyms and fitness centers can reopen for those who are told to exercise by a medical professional. 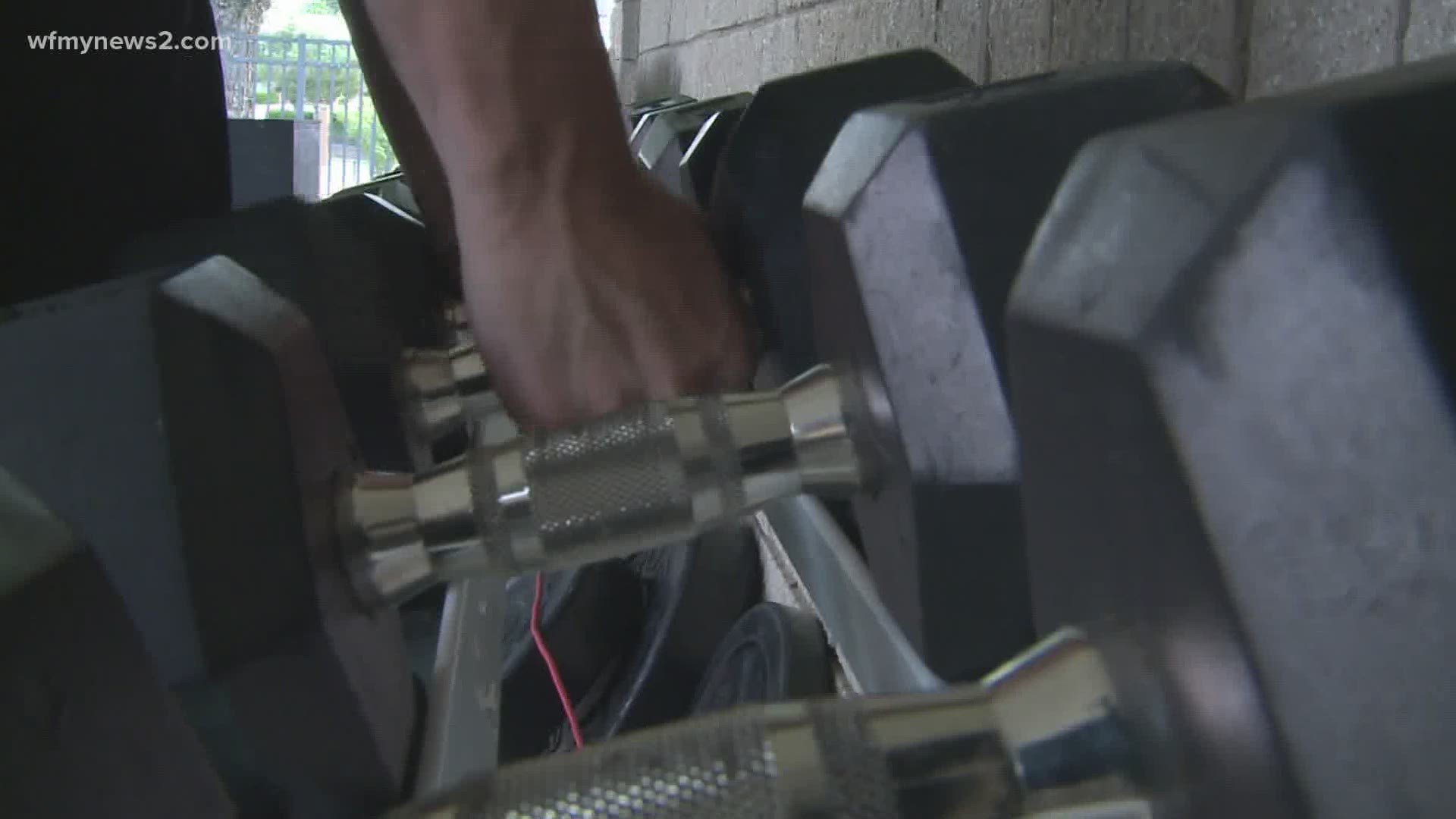 In a letter from the Attorney General Josh Stein's office dated June 5, it said gyms are allowed to reopen for those who are prescribed exercise by a medical professional.

Johnson didn't jump at the opportunity right away.

"We felt that we needed to not rock the boat so to speak and lay back and let everything play its course," said Johnson.

So after giving it two weeks, Johnson decided to reopen.

"When the extension was moved over to phase 3 and we were looking at June 26, being out of business over three months was just going to be a little bit too much for us," said Johnson.

The letter said the exception for reopening applies to "physical or occupational therapy ordered by a medical professional."

The letter goes on to say, "In many cases physical or occupational therapists' equipment is part of a hospital facility or doctor's office, but if health care professionals determine that specific patients with medical conditions need to utilize equipment at an indoor gym or fitness center, such care would not undermine the public-health rationale of the Phase Two order."

Johnson said by law he isn't allowed to ask people whether they were ordered to exercise by a doctor.

Much of Johnson's facility has been closed for the last few months. Since phase two went into effect at the end of May, the pools reopened and the club moved some workout equipment outside.

RELATED: 'I hope we can make it through this' | Businesses shocked to not be included in phase two reopening

"When they come in, they check-in at our front desk and we have glass up there at the front and they’re checking in," said Johnson.

Right now, the club is only allowing people in the facility up to 25 percent capacity.

"There’s probably 20-30 people in our entire 75,000 square foot building so it’s not a big number," said Johnson, "There’s a few cars in the parking lot but the people that are coming in are positive and they’re so excited to be able to get out."

Fitness centers and bars are also waiting to see what happens with the bill sitting on the governor's desk that would allow them to reopen with certain restrictions.

Governor Roy Cooper said he's planning on releasing more information on how the state will move forward in the reopening process sometime next week.

RELATED: How to make a home fitness plan