The sheriff's office purchased the home for $1 with plans to demolish the structure as early as next week. 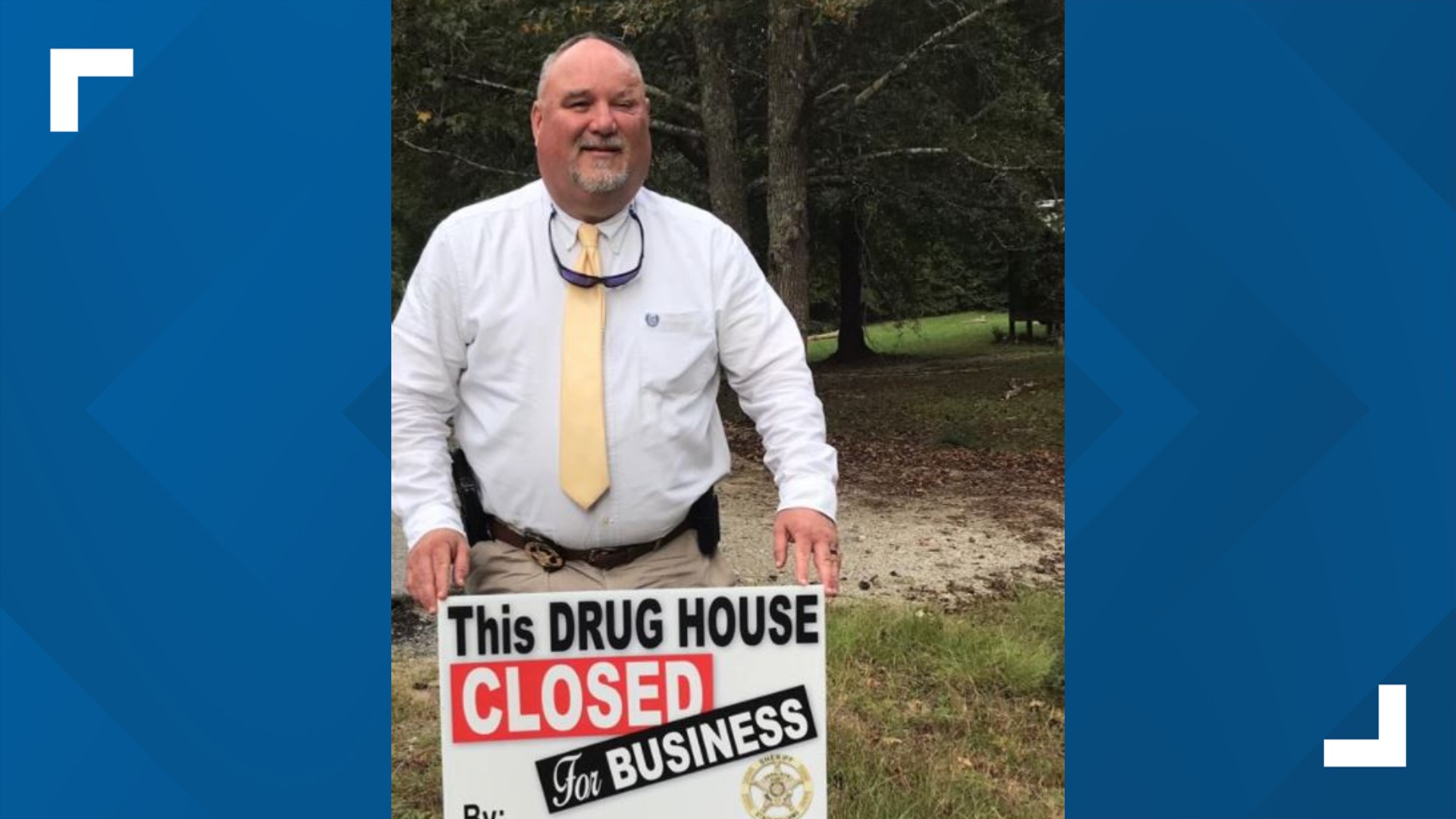 HARALSON COUNTY, Ga. — A Georgia sheriff took care of a notorious local drug house by taking matters into his own hands - quite literally.

The Haralson County Sheriff's Office posted the story on Facebook on Thursday. Sheriff Stacy Williams said that the house, Coppermine Road, had "long been a source of major drug activity." A man had been arrested twice in the last year for drug activity at the home and maintaining a disorderly house.

Investigator Heather Mecillas with the Haralson County Sheriff's Office said over time the house became the center of a web of various drug activity and other crimes, leading to dozens of arrests over the past several months.

"Conservatively we've arrested at least 40. I would say higher than that," he explained

The home was also the scene of five overdoses, one being deadly, in the last six months, the sheriff said.

That is why the sheriff's office worked with the home's owner to purchase the house for $1.

The sale was finalized Thursday and Sheriff Williams placed a sign in the yard reading, "This drug house closed for business by Sheriff Stacy Williams."

Mecillas tells 11Alive the owner didn't live at the house, but she allowed a relative to stay at the house. The owner allegedly didn't know of the criminal activity, but when the sheriff's office brought it to her attention, she began working with them.

"She was willing for us to have the house and destroy the house," Mecillas said. "So she actually helped us go through the court system, we paid $1 for the actual house, the court awarded it to us."

In a statement, Sheriff Williams said his office would "continue to investigate drug houses and make the arrests to protect our communities."

"My stance against illegal drugs has been clear from day one," Williams said. "We will continue to investigate drug houses and make the arrests to protect our communities. In serious cases like this, we will seize houses and property to make our neighborhoods safe for our children."

After months of making complaints, seeing arrests being made, and witnessing drug activity, neighbors were delighted Thursday to hear the sheriff's office now owned the house.

"There is only so much we can do," neighbor Matthew Guest said. "But I know the sheriff's office has been following up for a while now. We would see them over here a good bit."

Guest lives next door. Seeing the sign reading "closed for business" in the front yard brought a sense of relief to him and his family. Learning the home will be demolished possibly as early as next week brought a sense of safety.

Mecillas said there are at least a dozen other "drug houses" around the county that are on the sheriff's office radar.

The process of investigating and working through the court system can take months, but she said the goal is to either take possession or purchase those homes with the plan of demolishing them.

The sheriff said if anyone in the community has drug crimes tips, they can call 770-646-2011 or email haralsonsheriff@haralsoncountyga.gov.