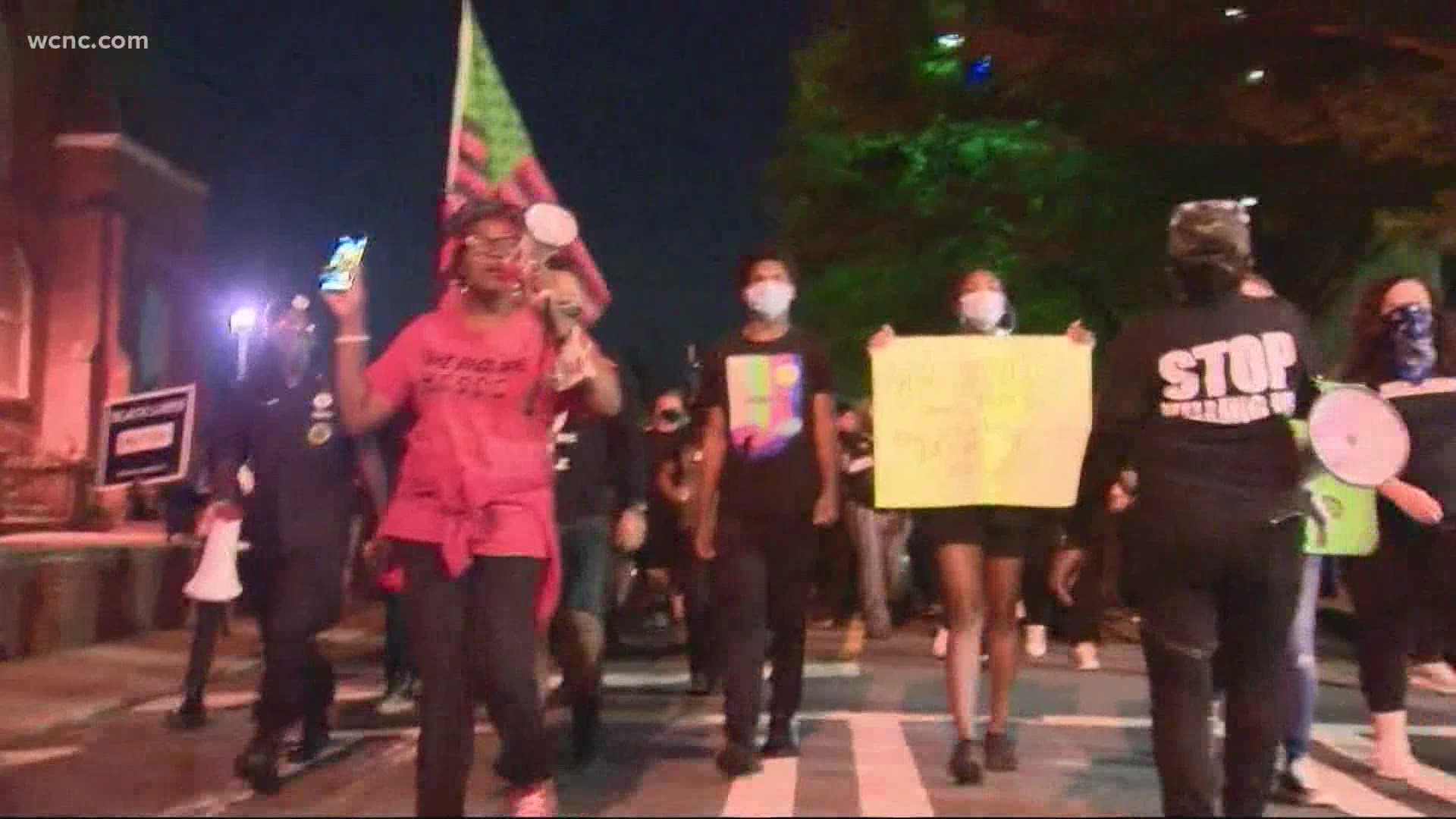 CHARLOTTE, N.C. — Protesters marched through the streets of uptown Charlotte Thursday hours after newly released videos showed the medical incident that Harold Easter suffered in police custody that lead to his death in January.

The protests started at First Ward Park before moving through the streets of uptown to Romare Bearden Park.

The protest remained peaceful but powerful; with protesters chanting Easter's name as they moved through the city. Their message: Easter's death could have been avoided if the CMPD officers who made the arrest followed protocol Easter the medical help he needed.

Those four officers, and one sergeant, resigned before they could be formally terminated.

Protesters speaking to WCNC Charlotte's Briana Harper said there needs to be change in police procedures to help save other lives and hold police accountable.

“We’re here to make a loud sustain noise until we get real justice in the city and there will be no justice until we get those four officers and the sergeant who resigned before they face any kind of consequence," a man named Jay, who did not provide his last name, said.

“If people are going to be in law enforcement they need to have compassion because people even if they are criminals they are people and I did watch the video and it’s disturbing," Cara Dishman said.

The family of Harold Easter remained out of public view Thursday.