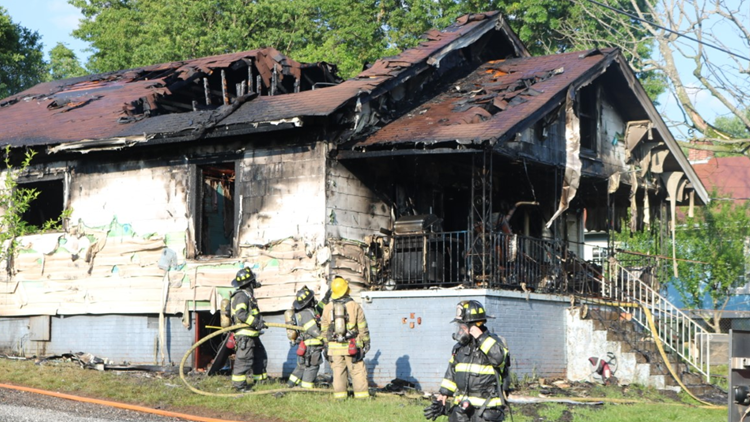 Firefighters responded with two engines, one ladder, one rescue truck and one command unit, according to the Hickory Fire Department. Catawba County EMS also responded.

When they arrived just after 4 p.m., firefighters reported a large amount of fire and smoke coming from the house, which officials say is one-and-a-half stories. Additional fire units were called to the scene.

Firefighters searched the residence for people inside, while others worked to stabilize the fire.

It was later reported that a neighbor helped remove one person in a wheelchair from the porch, officials say.

Renovations and construction made extinguishing the fire difficult, according to Hickory Fire, and additional firefighters were called.

No injuries were reported, but officials say the damages are considered 'heavy.' The Red Cross also responded, and will assist the occupants of the home.

Hickory Fire said the cause was electrical.