On Thursday, a federal jury convicted Robert Michael George of a felony in connection to the incident. 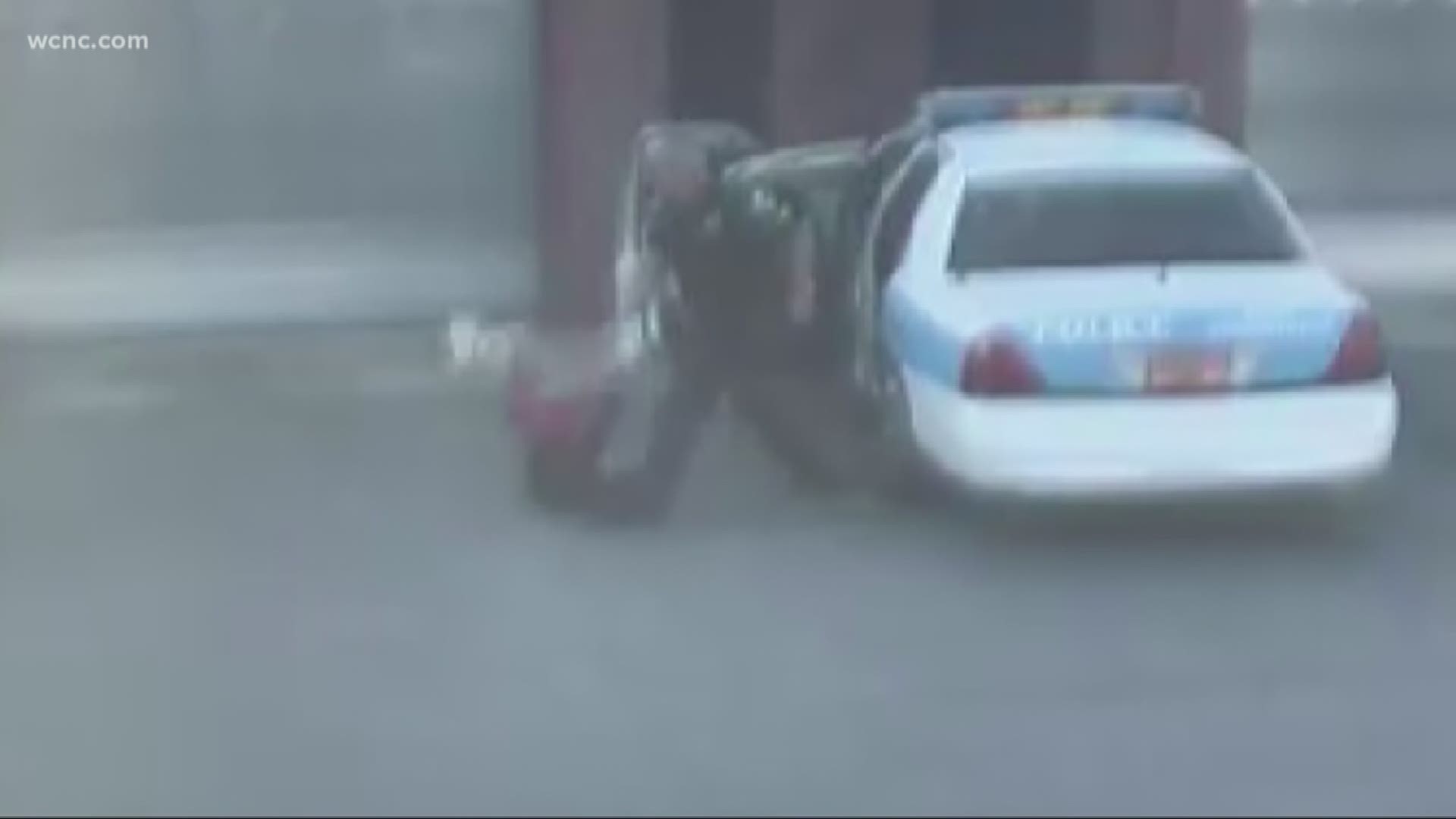 HICKORY, N.C. — New video just released showed how a handcuffed woman was violently thrown to the ground by a former Hickory Police officer in November 2013.

On Thursday, a federal jury convicted Robert Michael George of a felony in connection to the incident. The woman, Chelsea Doolittle, suffered significant injuries to her face. The incident stemmed from a relatively minor offense.

The video showed the patrol car pull up to a sallyport. Then moments later, Officer Robert George with Hickory Police pulls her out of the car and violently throws her to the concrete.

Doolittle paid a big price for an improper parking ticket, which led to her charges for disorderly conduct and resisting arrest.

A federal jury convicted George for deprivation of rights under color of law. The jury found he violated her constitutional rights by using unreasonable force.

Hickory Police said they immediately called for an independent investigation following the incident. George was initially on paid administrative leave before he was fired in January 2014.

The jury found George not guilty of a second count for falsification of records in a criminal investigation. However, he could face up to 10 years in prison for his conviction.

Hickory Police said they cannot comment on the video because of a pending civil lawsuit.