The place many people go to relieve stress became the primary cause of it for one woman, after she says she discovered a hidden camera. 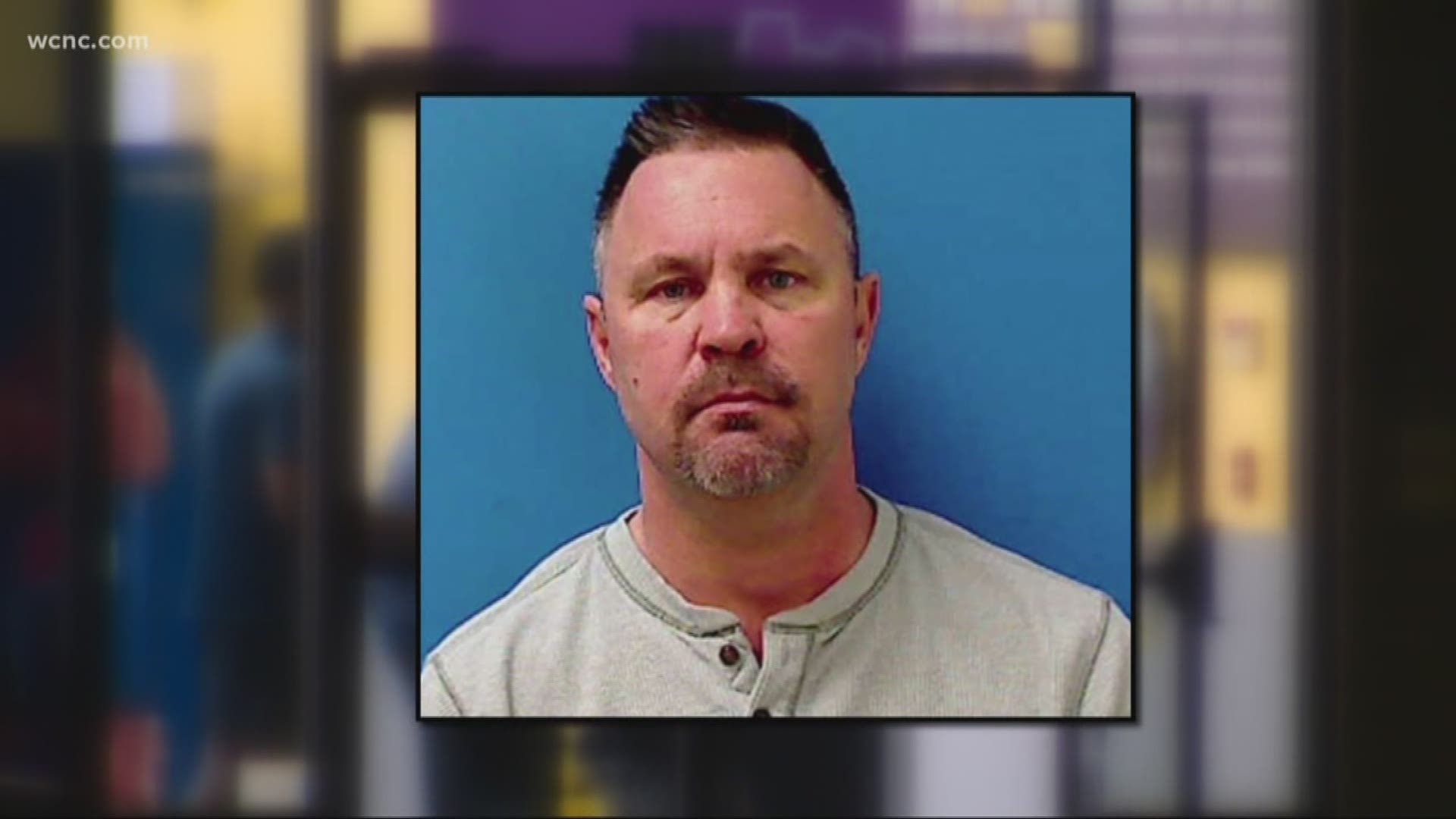 HICKORY, N.C. — A Hickory mother claims she found a recording device in the privacy of the tanning room at a Planet Fitness gym.

She handed it over and now police there are investigating.

Hickory Police arrested Darren Astles on Tuesday, March 19 in connection with the incident. He was charged with two counts of possessing a photographic image from peeping -- felony charges.

Astles has since been bonded out of the Catawba County Jail, officials say.

Last week, she went to a Hickory Planet Fitness to work out and tan, but inside the tanning bed room she says she discovered a hidden camera.

She described a recording device with a memory card inside placed discreetly near an outlet.

Reports of hidden cameras are nothing new -- from reports of secret cameras installed inside Air BnB's and restaurants, to some closer to home.

A Chick-fil-A employee in Belmont was charged for secretly recording a 10 and 11 year old using the bathroom back in 2017.

Planet Fitness says although a police report was filed, there is no proof the gadget was a recording device.

The national office responded to the incident with a statement.

"The privacy of our members is extremely important to us," McCall Gosselin, Planet Fitness VP of Communications, said in the statement. "As such, the local franchise group is working closely with the local authorities on this matter."

The report is a shock to people who work out at this Hickory location. Some told NBC Charlotte they're considering switching locations until the investigation is over.